Another Fine Run Down the Coast!

A post-dawn run down the coast this morning resulted in two Dutch LBBGs (the first time two of Rolan-Jan’s birds have been seen on the same day in Guernsey) and the Norwegian LBBG from yesterday being spotted, along with 11 cr GBBGs (five local, four French (two Le Havre and two Chausey Islands) and two Portland, Dorset, England. The Dutch birds were the regular autumn migrant Orange 9V and a 2nd year immature Orange Y7. There is a very nice account of the ringing of the Norwegian LBBG on the excellent blog of the Bergen Gull Ringers  on    http://urbanringing.blogspot.com/
One adult Yellow-legged Gull was on L’Erée Beach. 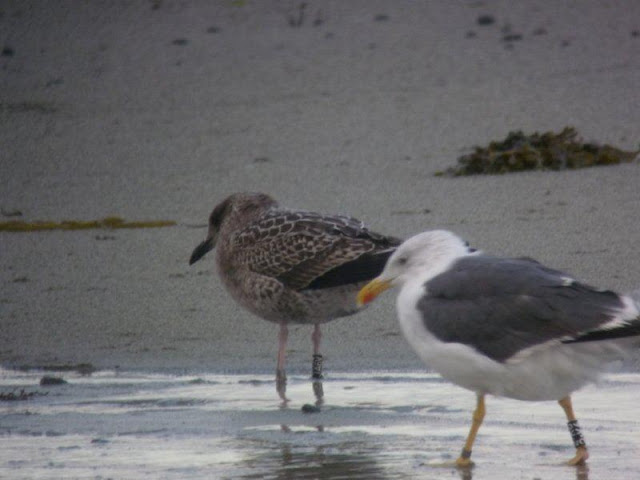 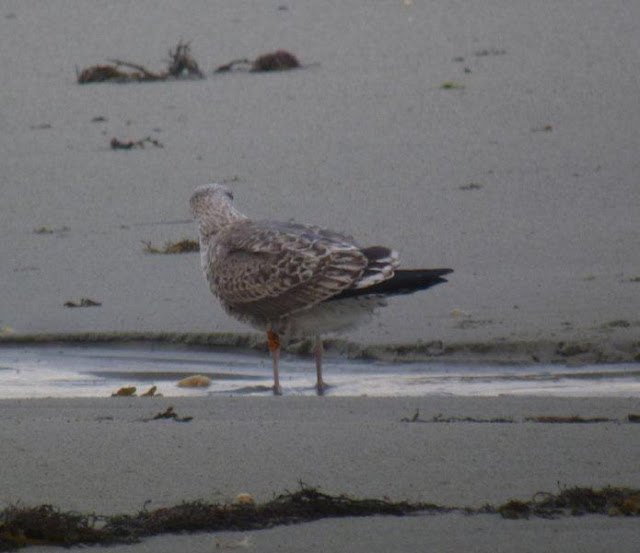 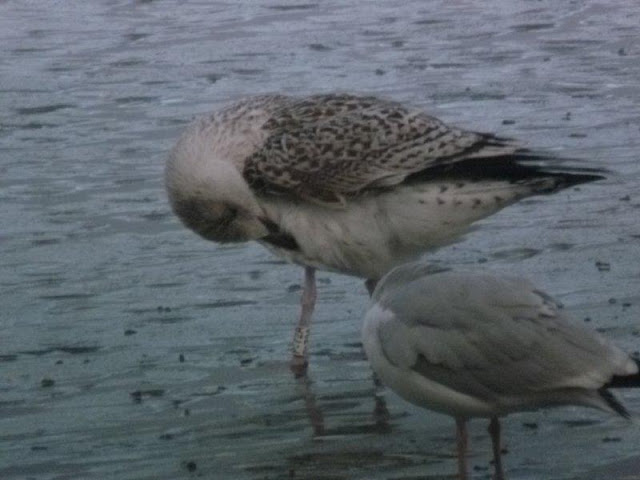 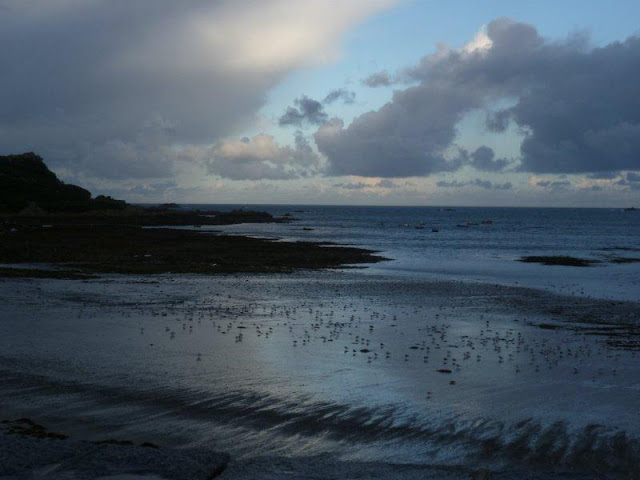