Last week, members of the Guernsey Seabird Monitoring Team were able to begin the monitoring of the 2014 seabird nesting seasons in Herm and Sark, courtesy of States Sea Fisheries and their very helpful staff. A trip out to the Humps, north of Herm reassured the team that the huge seabird wreck of February 2014 had not eliminated the auk colonies on the islets. There were the usual numbers of Common Guillemots, Razorbills and a few Atlantic Puffins on the islets. European Shag, however, seem to be having a poor season (probably caused by the very murky seawater conditions which have persisted for months). Less than half the usual numbers of shag appear to be nesting on the Humps this year. Great Cormorants appear stable in numbers. The colony has stopped expanding, and there are a reasonable number of chicks this year.
Sark was a more complex picture, with no Atlantic Puffins seen at all, and the south of the island (especially L'Etac de Serk) seemed very quiet for breeding seabirds. The Common Guillemot colony on Les Autelets (by far the largest in the Channel Islands) was below par at only 80+ birds on the ledges (although one must be careful not to read too much into single counts at this colony).
Grande Moie and Petit Moie were not visited, but local boatman and seabird enthusiast, George Guille, tells us that auk numbers are excellent at the north end of Sark. Hopefully some of the birds that historically have nested on L'Etac have move to these excellent seabird islets?
Seabird Monitoring has taken a renewed importance this year, as a result of major concerns over the loss of breeding adults in the winter wreck (more than 1,300 dead seabirds found in the CIs...and 37,000 in the region), and the concerns over the protracted poor visibility of the sea water over a large part of the region.
A lot of effort is being made by local authorities to improve protection of the important seabird colonies through the introduction of a "Give Wildlife a Chance Code". All members of the Seabird Monitoring Team have been trained and have the necessary licences and permits to visit the colonies purely for scientific purposes each year. The Code can be viewed at the oink below:-

Give Wildlife a Chance Code 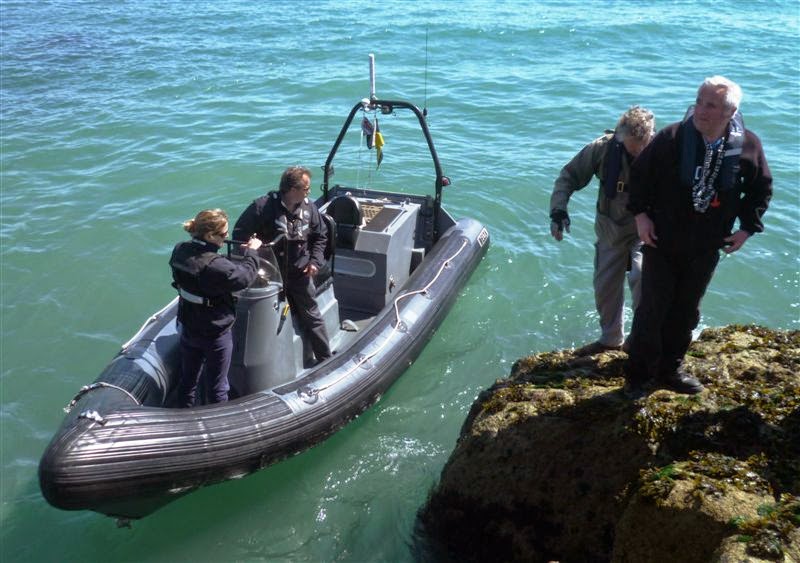 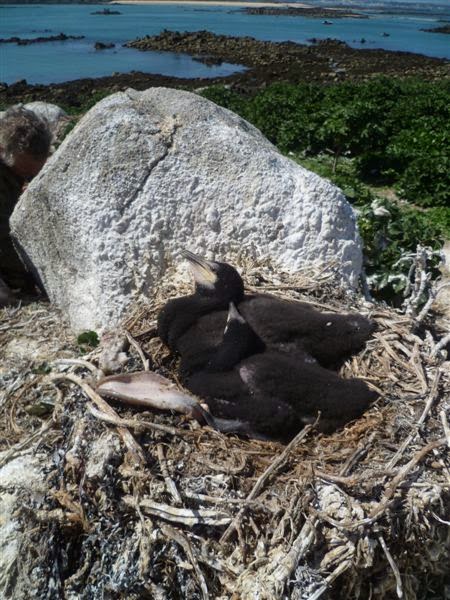 Great Cormorants Chicks on The Humps 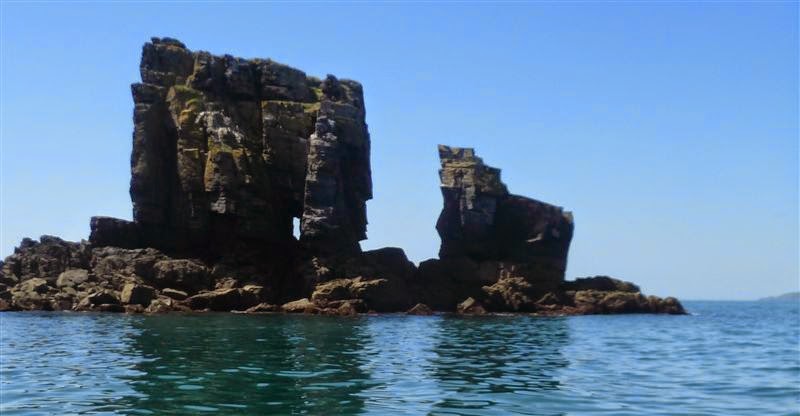 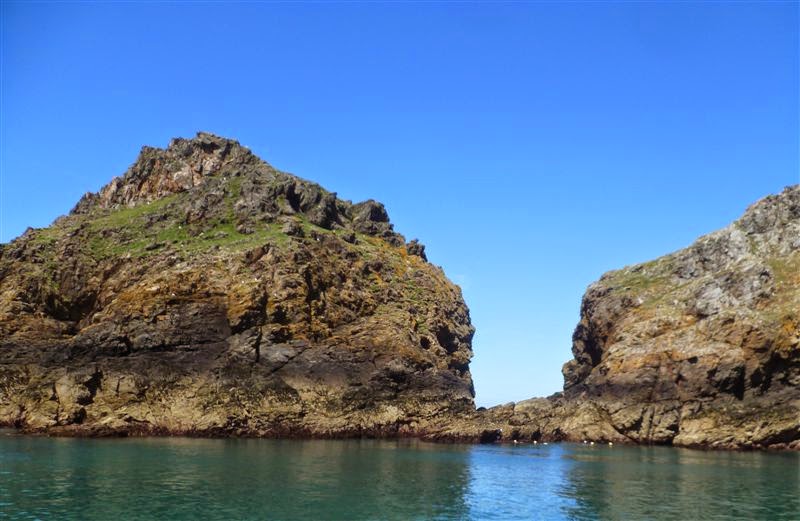