Conditions were once again good (if a little windy) for observing the gull flock at L'Eree Beach, on the Island's west coast. Almost all the gulls had their legs visible today and nearly 500 full-grown and 60 juvenile Lesser Black-backed Gulls were recorded. This total included 22 of my locally colour-ringed birds, as well as Orange 9V, an adult ringed in Noord Brabant, The Netherlands in May 2006 (Roland-Jan Buijs) and which was recorded on Guernsey's west coast just a couple of weeks earlier in 2010 - thus giving evidence of yet another LBBG which is faithful to its migration stop over points!
Amongst the c 150 Great Black-backed Gulls were Black JX14 (southern Norway), Black 71E and 50J (Seine-Maritime, France), White L:AS1 (Cornwall, England) and Green E.85 and J.20 (Chausey Islands, France). 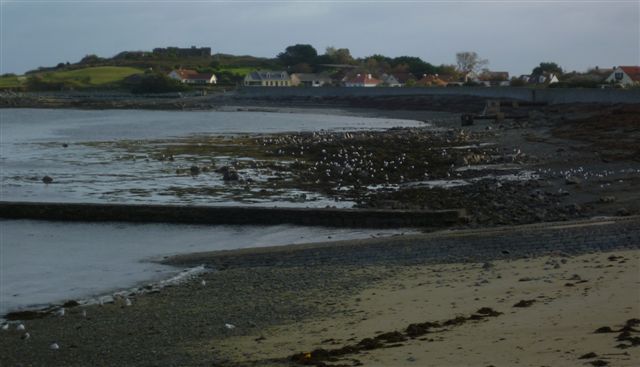 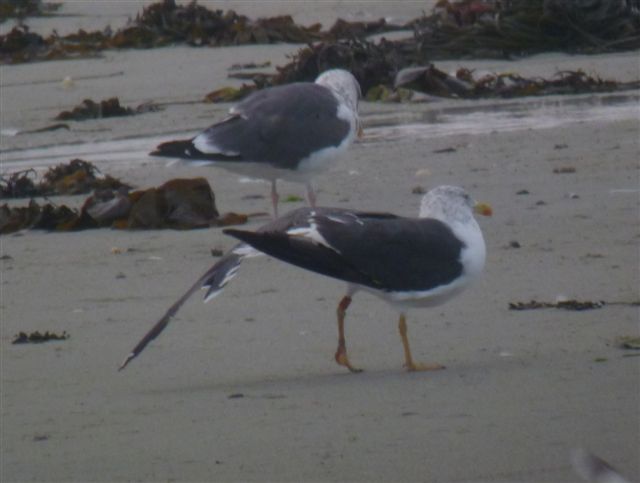 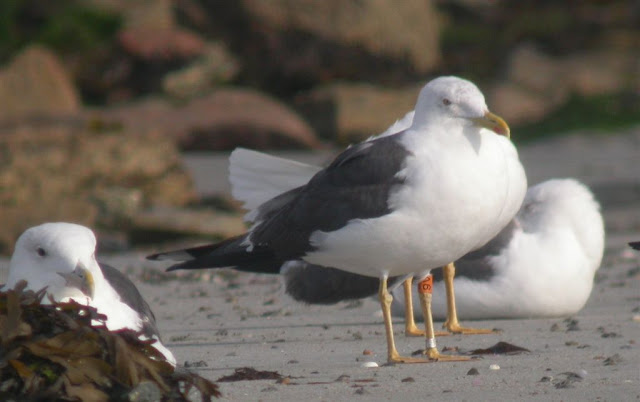