One of the highlights of autumn birding in Guernsey is the annual pelagic trip organised by Chris Mourant. Local boat owner Richard Keen has been taking birders out on these trips for many years now. This year a dozen ken birders and photographers set off on 24 August. As usual we circumnavigated Guernsey in an anti-clockwise direction, motoring up to ten miles or so from the coastline.
The weather this year was perfect with very calm seas, and the birding experience was definitely one of quality over quantity. Many of the usual pelagic species were seen including three species of skuas, two shearwaters, a few Common Terns, surprisingly few European Storm-Petrels and a very nice scattering of my favourite (of course) Lesser Black-backed Gulls!
In addition to the birds we also encountered at least two Minke Whales, many Common Dolphins and a few Harbour Porpoises.
Fortunately local bird photographer has sent me a few photos of the start birds (Arctic Skuas) and a very nice close Manx Shearwater. 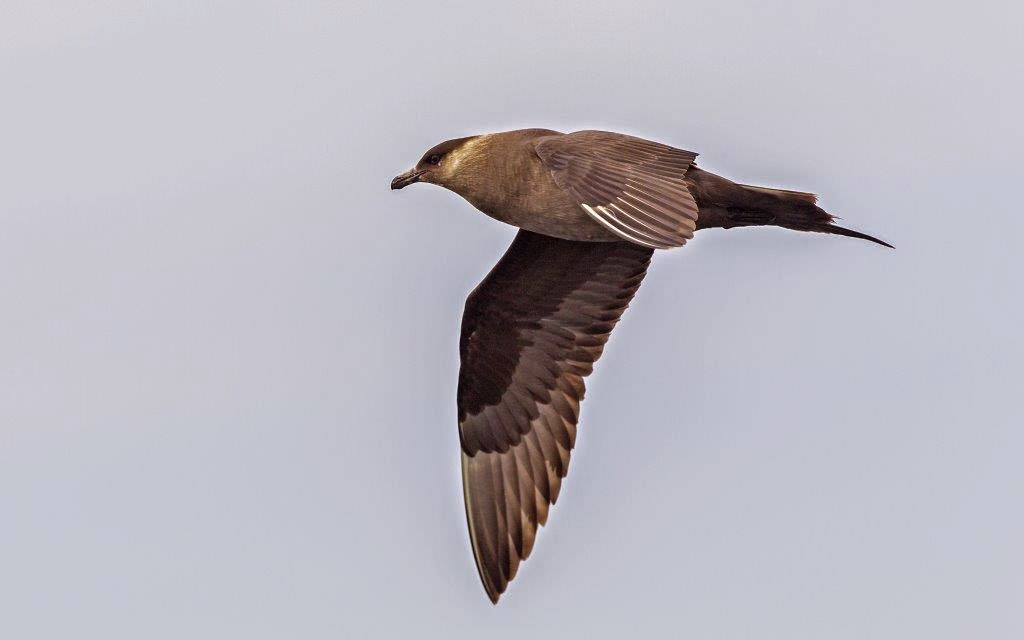 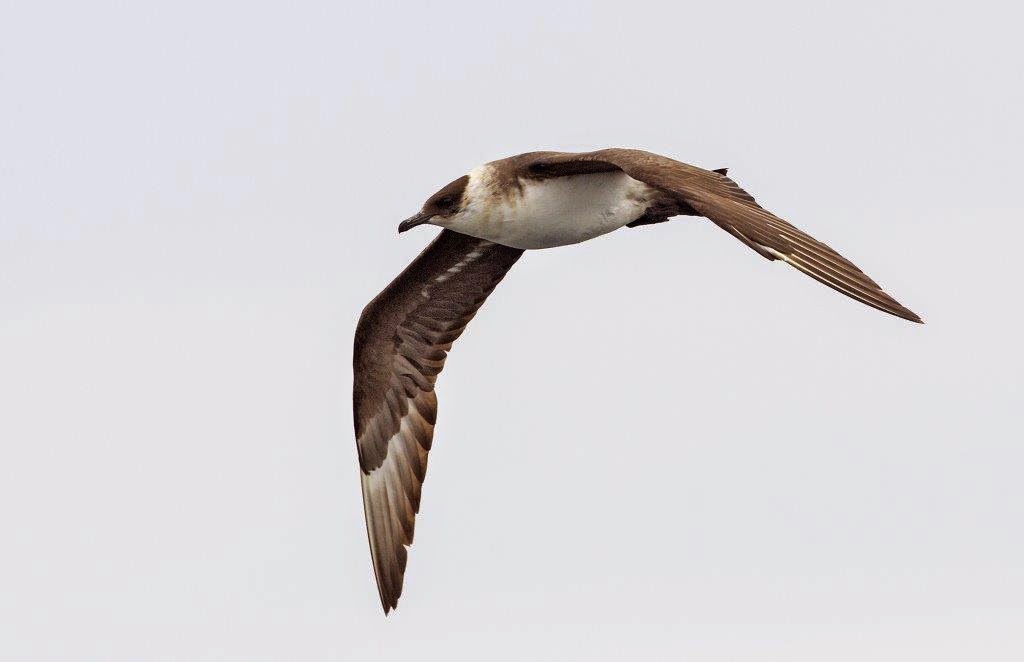 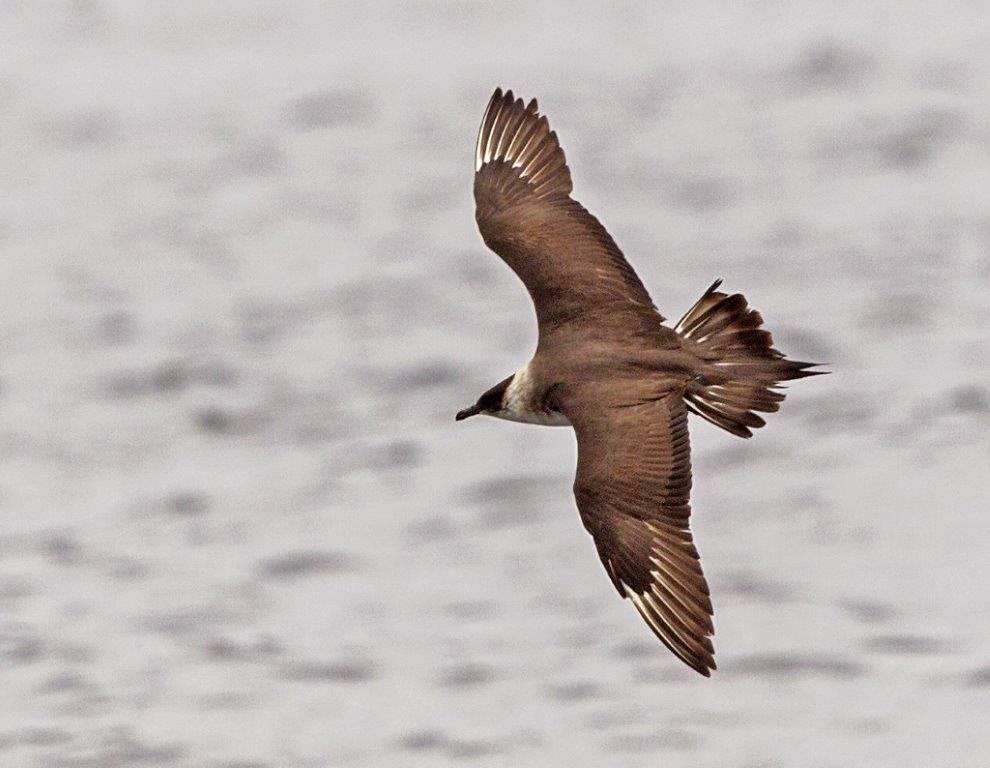 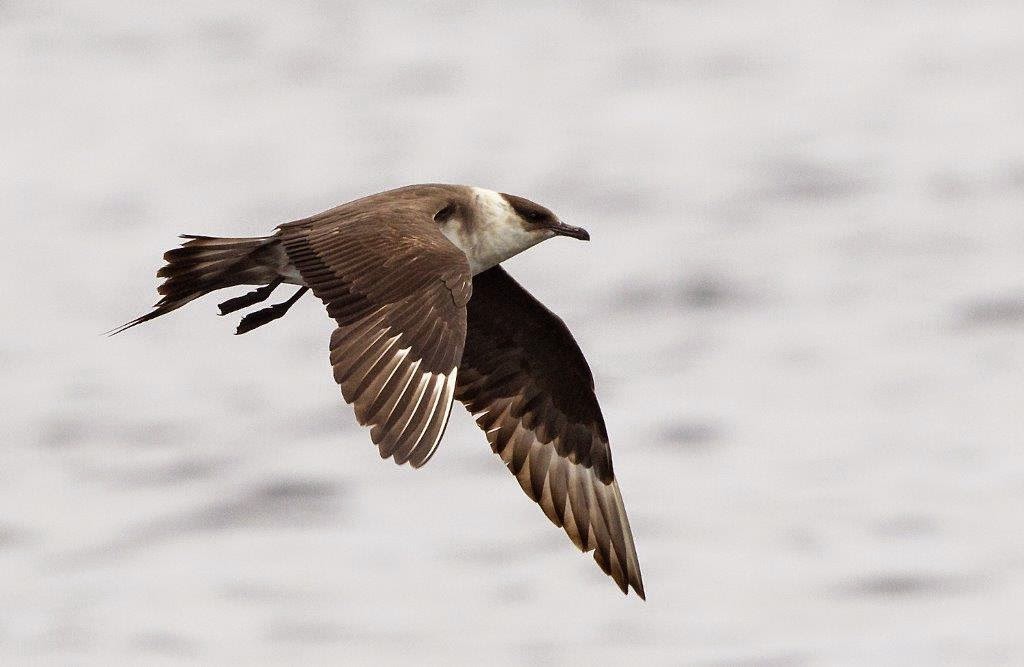 The regular autumn west coast flock of LBBGs has not built to its usual levels this autumn. Perhaps many of the birds have also moved south? Amongst less than ten LBBGs at Vazon Beach, Guernsey this morning was Black JR0P. This gull was ringed as a chick in June 2012 on Rauna, Vest-Agder, Norway. It was seen back on Rauna this summer.
This was one of only 15 cr LBBGs observed this morning - all the rest being Guernsey and Alderney-ringed birds.
﻿
﻿
﻿
Posted by Guernsey Gulls at 17:39 No comments:

It is such a busy time of year at the moment, with so many reports of our colour-ringed gulls outside the Channel Islands that it is very difficult to keep up with blog postings! There have been so many interesting reports in the past few weeks that it is difficult to  pick out  a few highlights. Last week Tin van Nus and Pedro Moreira recorded 39 Guernsey-ringed LBBGs at Eirol Landfill during a single visit, while Salva Garcia and Gerry O’Neill made 15 Guernsey LBBG colour ring observations at Malaga Port last weekend! The Madrid Gull Team is also reporting a build-up of our gulls on the landfills in central Spain…and there have been a whole plethora of reports from beaches in northern Spain and all down Portugal’s west coast.
Herring Gulls are not to be over-looked either, with many of the locally nesting birds now being reported from their regular autumn/wintering areas along the French coast from Calvados to Loire-Atlantique.
The first of the locally-ringed wandering immature GBBGs are also now turning up in SW England, with Dawlish Warren (watched in the main by Lee Collins) being one of the most productive sites for our birds.
However…pride of place over the past few weeks must go to Yellow-legged Gull Black 1AT2, which was recorded on 5th September 2014 at Pavoa de Varzim, Porto, Portugal by Inocencio Oliveira and Teresa Rocha. This gull was originally ringed as a juvenile bird in our garden in July 2012, before being reported on a number of occasions between January 2013 and January 2014 from Catalunya, Spain. This young gull has therefore now been reported on both the east and west coasts of Iberia!

And yet another old Great Black-backed Gull!

A very quick look at Chouet Landfill Beach this morning enabled me to read another metal ring on a GBBG, and this one proved to be another 20+ year old gull. I ringed Jersey E4960 as a chick in June 1992, and hadn't recorded it again until today...when it is now more than 22 years and two months old - absolutely fantastic!
﻿
Posted by Guernsey Gulls at 11:13 No comments: