On 27 August I saw a colour ringed Sandwich Tern in a small flock of terns resting in Braye Bay, Alderney. Yellow 17T was ringed as a chick on the Dutch Island of Texel. The project leader, Dr Mardik Leopold sent me a lot of information about his project, and this chick, which I have reproduced below, along with his very nice photo!
"Thank you very much for reporting this sighting! Y-17T is indeed one of our birds. It was ringed, with 311 conspecifics, in the colony “Utopia”, Texel, The Netherlands, on 27 June 2015, and is the fourth of this year’s chicks to be reported from the greater Channel area. We prepared a map (yesterday, so your bird is not on it yet) of all sighting so far. Please have a look at:


by clicking on the symbols, you will get details on ring numbers and dates (week numbers).
I think we are seeing a pattern unravelling where some chicks remain in Dutch waters (for over a month after fledging), producing many sightings, while some others turning up at some distance. These latter birds typically disappeared from view at an early stage here and your bird fits this pattern: see life history below. 17T was seen in the natal colony only once after ringing, which is not much by our standards, and was not seen at all elsewhere (same). ".
It is wonderful when project leaders reply with such a wealth of interesting information!

When ringed, it was a very average-sized chick, compared to all the others: its measurements and body mass  were placed centrally in the cloud of data points. I guess that “being average” means exactly nothing!

Highlights from our 2nd week on Alderney included our first big seawatch with 219 Balearic Shearwaters, one Arctic  Skua and 30+ Bottle-nosed Dolphins seen in just one hour from the front garden. While other seawatches have been very much quieter, a lone juvenile Long-tailed Skua on 30th August was much appreciated!
While the gull flocks are thinning down, and I have received my first reports of this year’s juvenile LBBGs from Portugal, I am still managing to record decent numbers of my colour ringed birds on Alderney. This week I’ve also seen another of Peter Rock’s LBBGs from South-west England, and recorded a juvenile Sandwich Tern ringed in June this year on Texel, The Netherlands. The German-ringed Black-headed Gull is also still present.
Finally, we’ve had a couple of sightings of Grey Seal, and several very good morning walks with many migrants warblers and chats at Mannez Quarry and Longis Pond. Today Catherine spotted a Wryneck in Mannez Quarry before I got home from work!
My son, Merlin, also came up for a few days, which was wonderful! Not a bad first full week in Alderney! 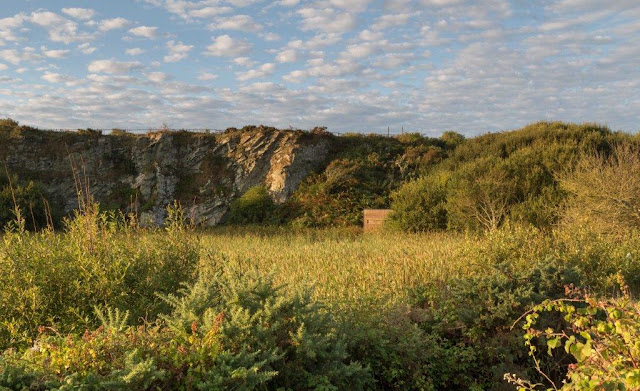 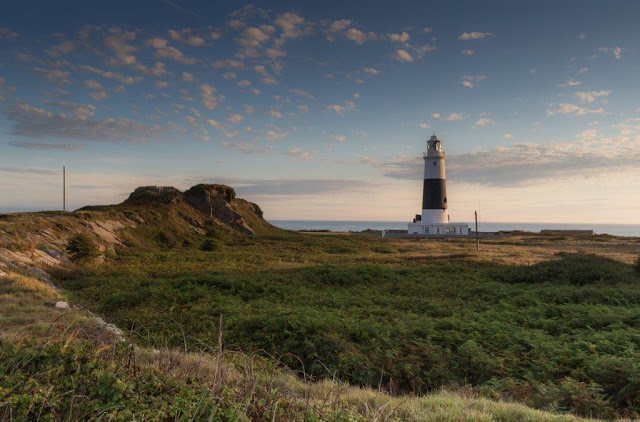 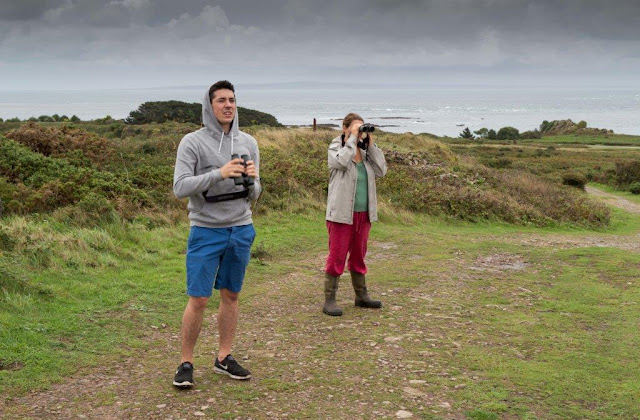 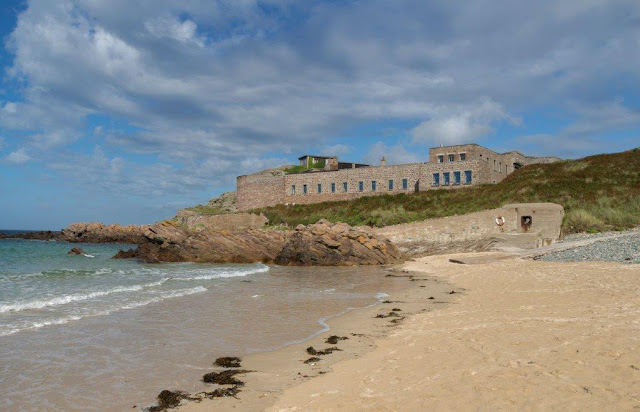 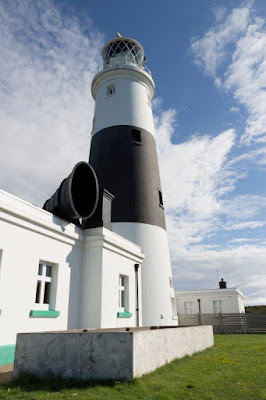 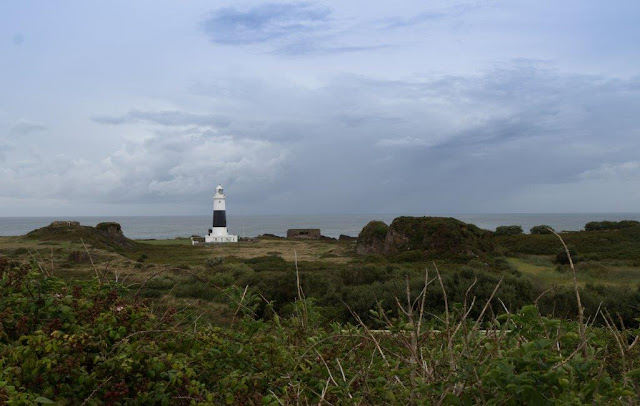 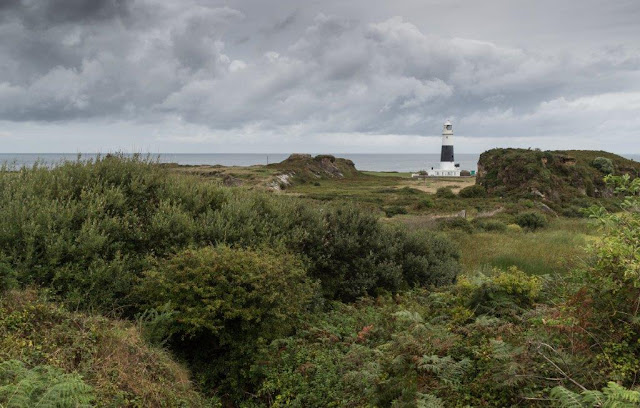 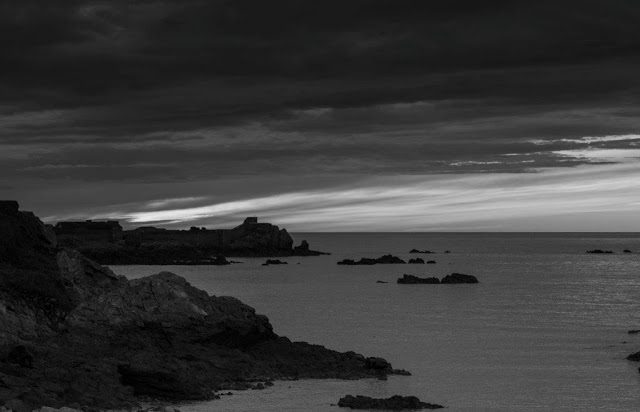 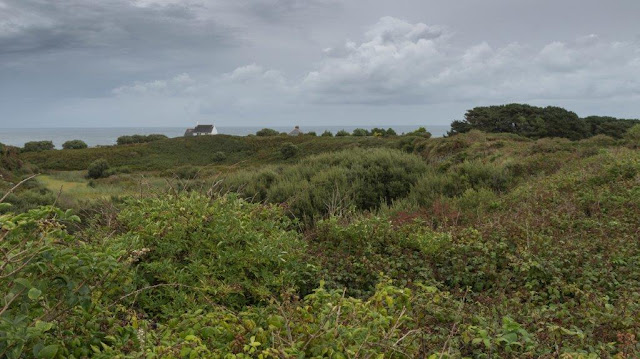 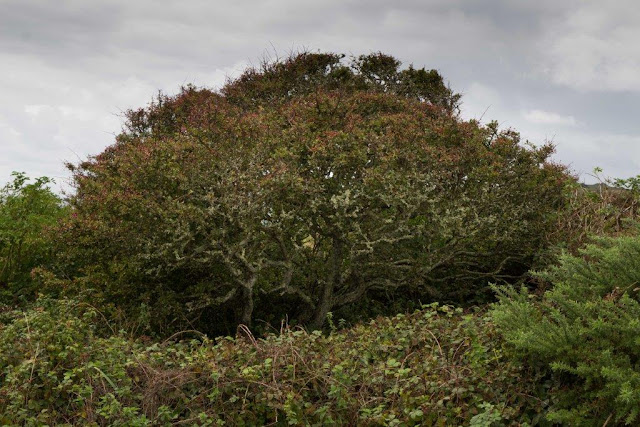 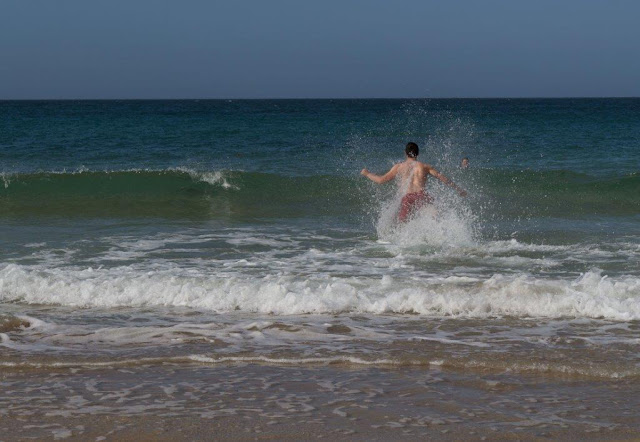 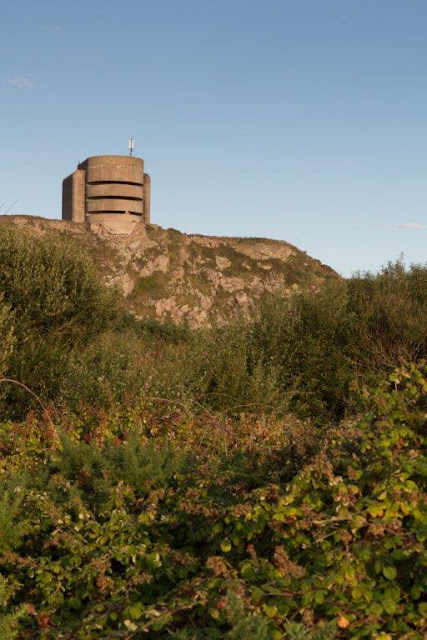 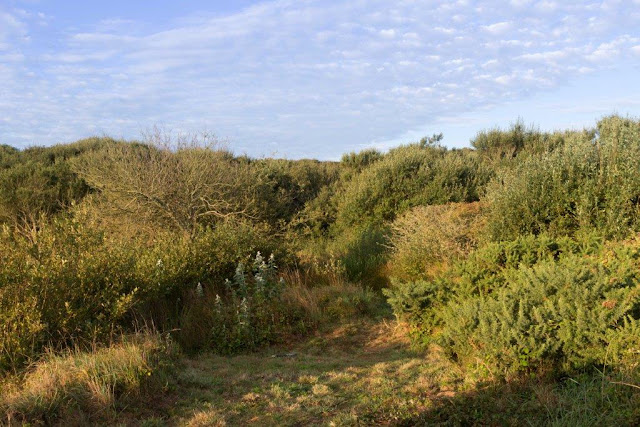 Posted by Guernsey Gulls at 20:54 No comments: