Today I could not hold the telescope still enough to read rings. It was both very windy and cold! Fortunately it was calm on 25 January and I was able to record 167 locally colour ringed Herring Gulls. One of these White 4.LL1 was back from wintering in Loire-Atlantique, France. Lesser Black-backed Gulls are still very thin on the ground with only three seen today! 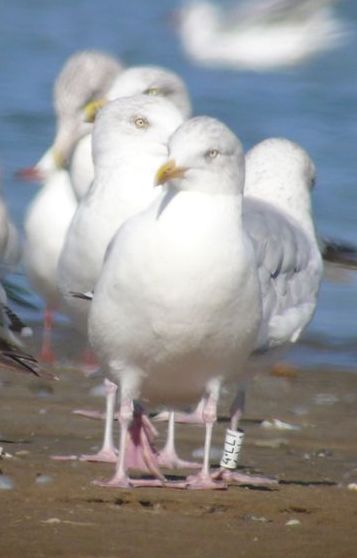 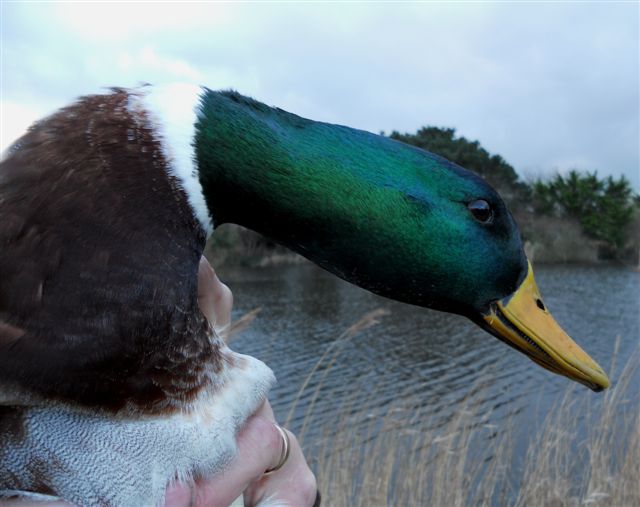 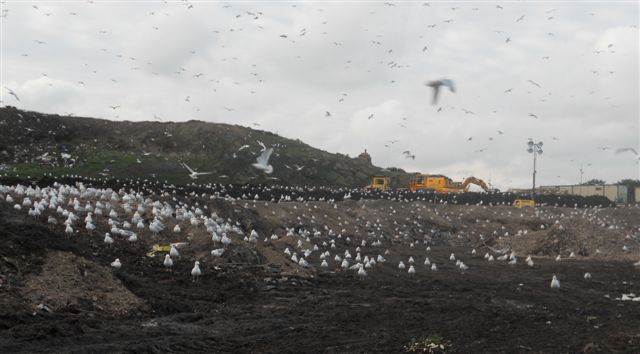 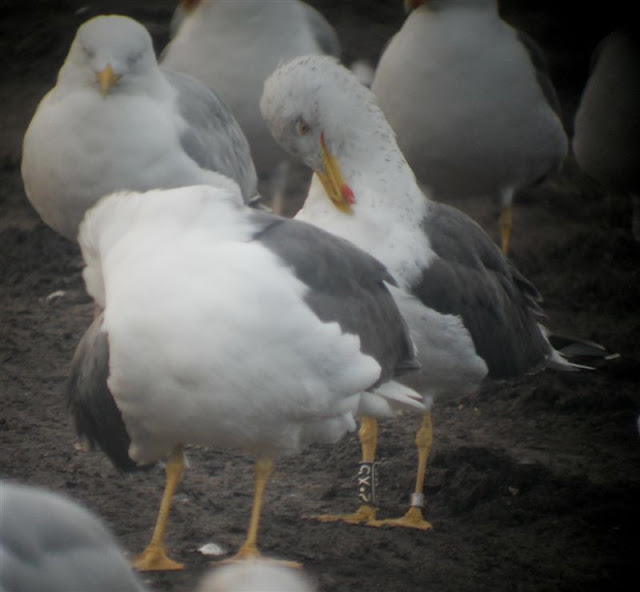 Producing an annual report for 2010 has been a challenge because it was very difficult deciding what had to be left out in such an exciting year!

A summary of this very enjoyable and successful year is available by clicking on this link:-

I hope you find it interesting! 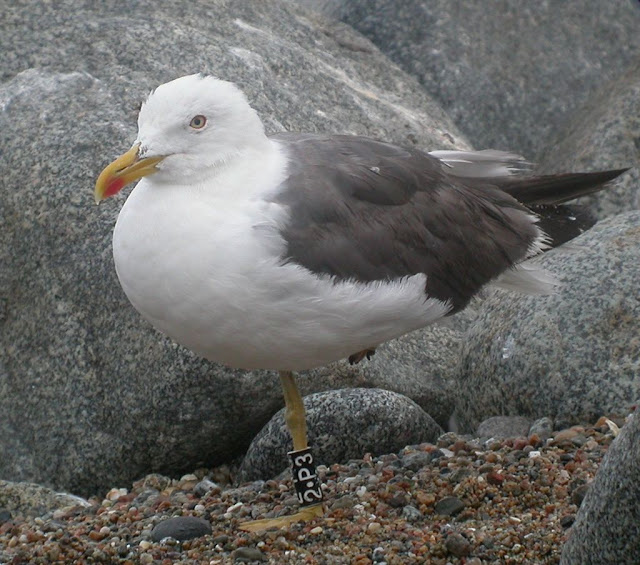 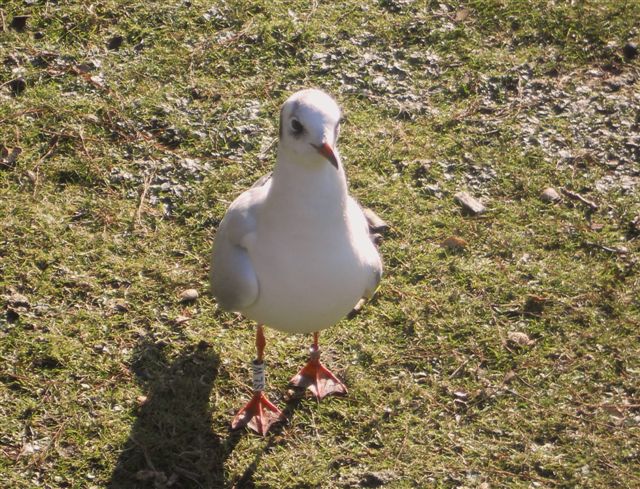 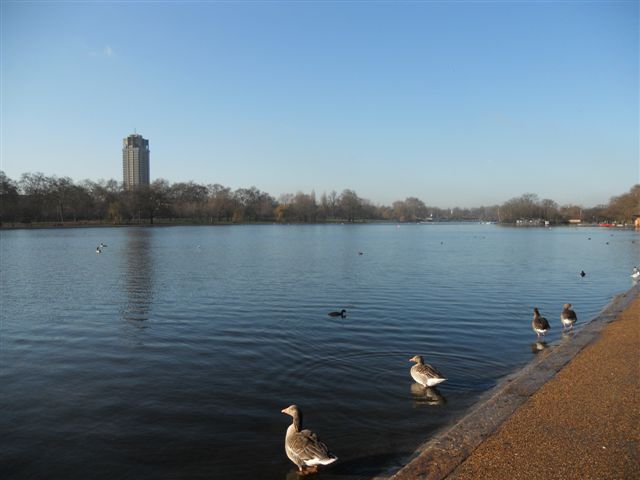 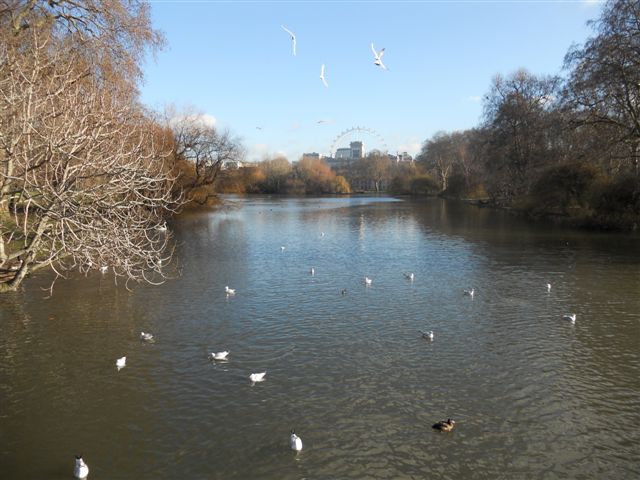 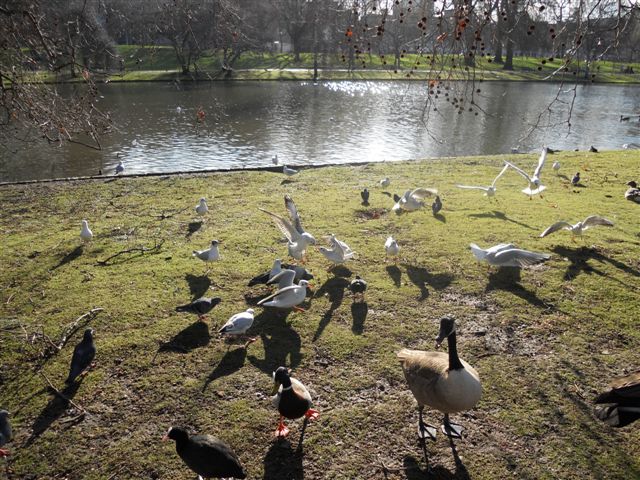 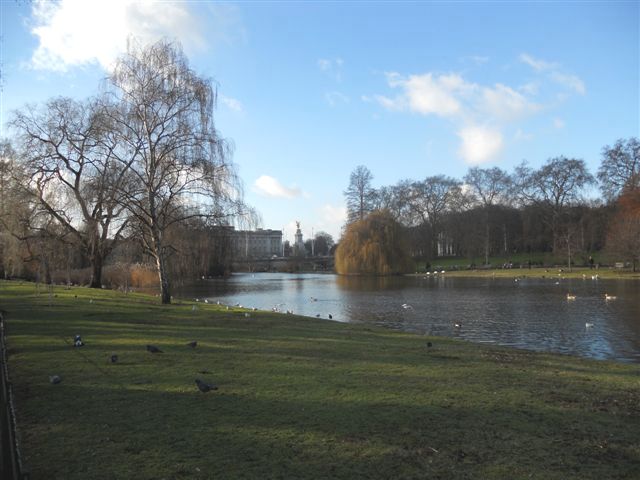 ﻿St James' Park
Posted by Guernsey Gulls at 13:46 No comments: 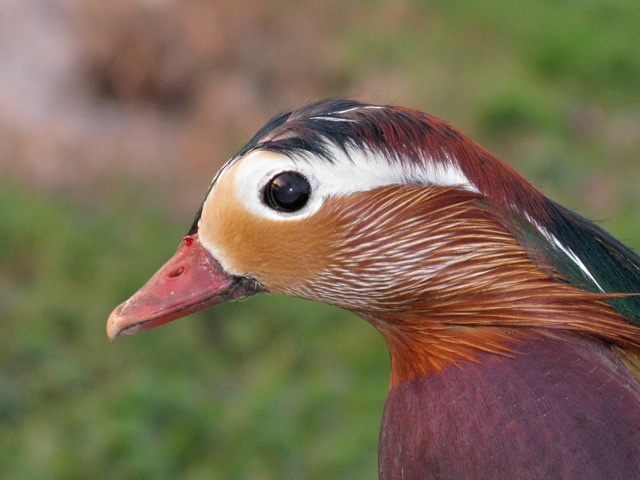 On Sunday, an attempt to catch some more Common Moorhens at the Vale Marais for my long-term study was hampered by strong winds, and in the end only a couple of retraps were caught – one of these had been ringed the previous weekend, while the other had been ringed as a 2nd summer male on 16 March 2008. The drake Mandarin Duck also put in another appearance in the hand!
Posted by Guernsey Gulls at 21:05 No comments: 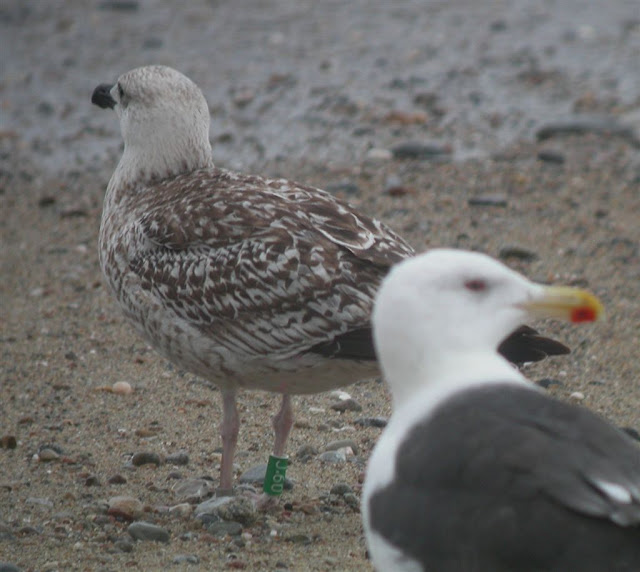 Recording the local colour ringed Herring Gulls continues to show birds returning from autumn/early winter in France and Jersey.
Posted by Guernsey Gulls at 12:52 No comments: 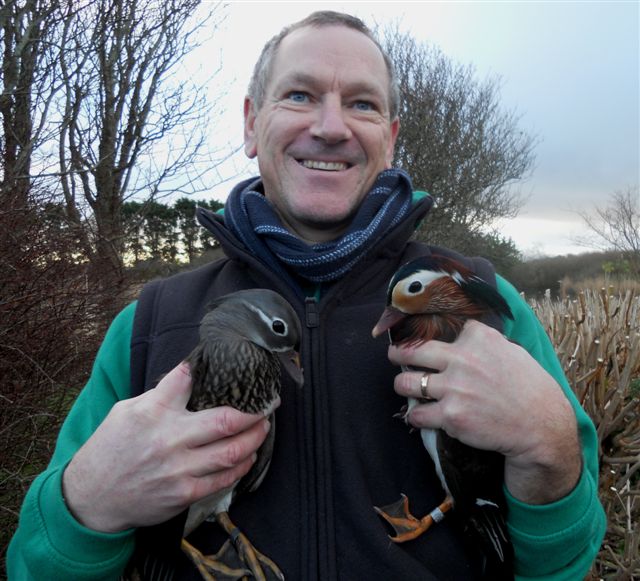 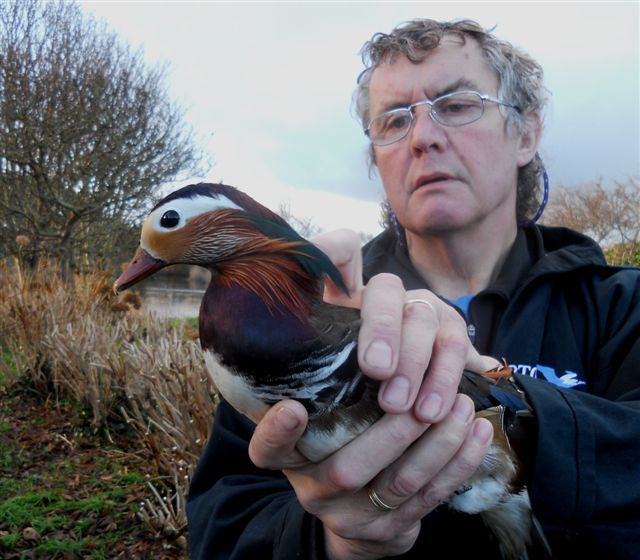 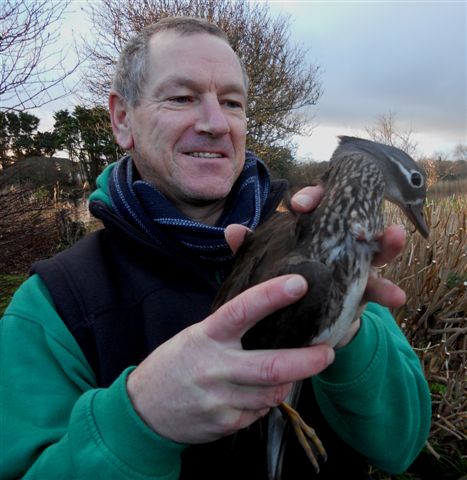 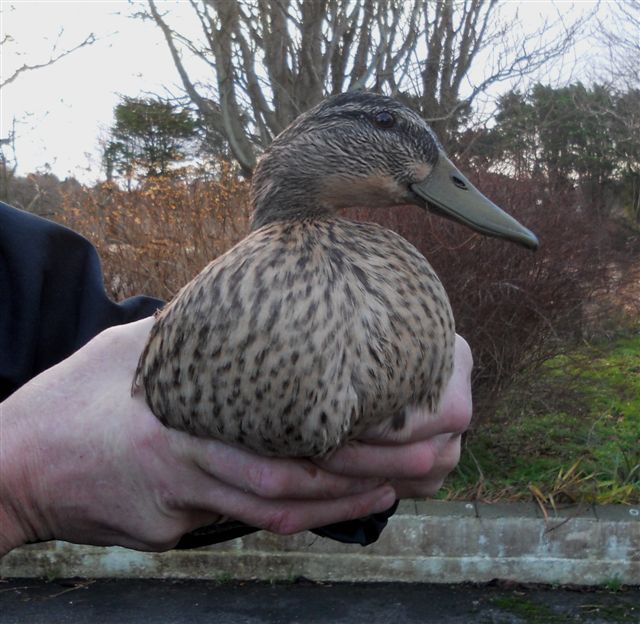 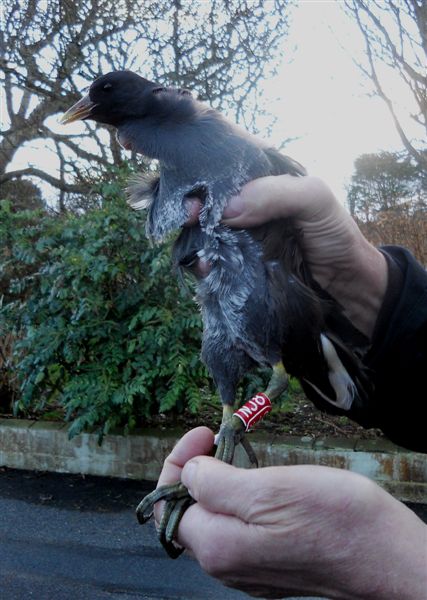 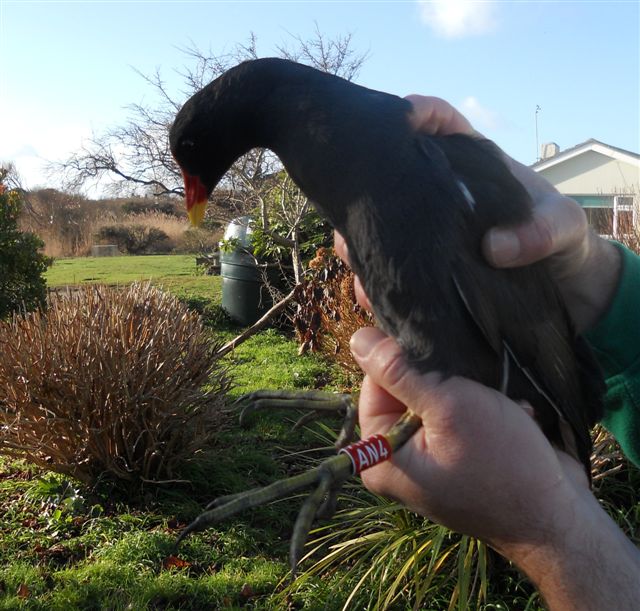 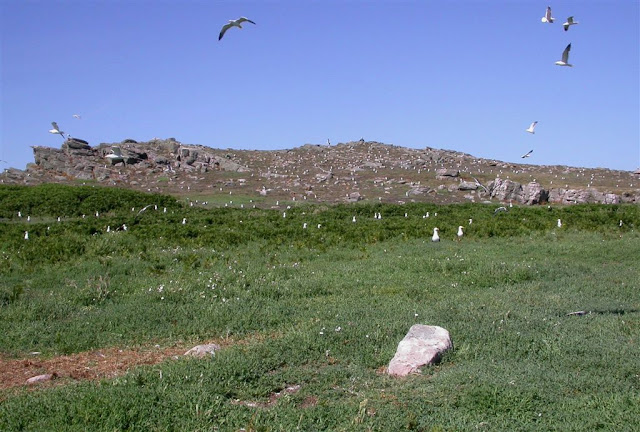 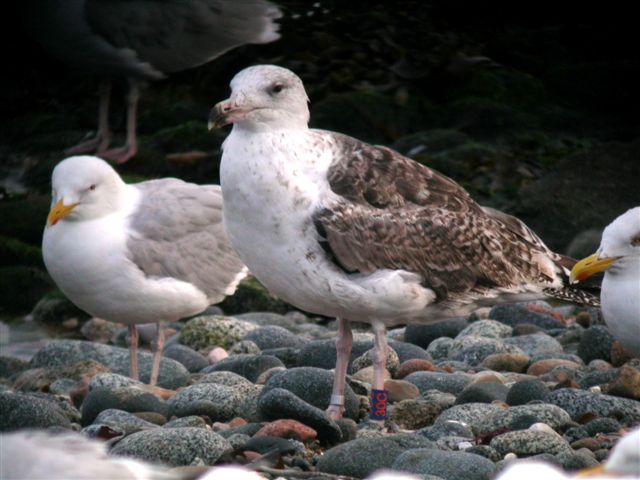 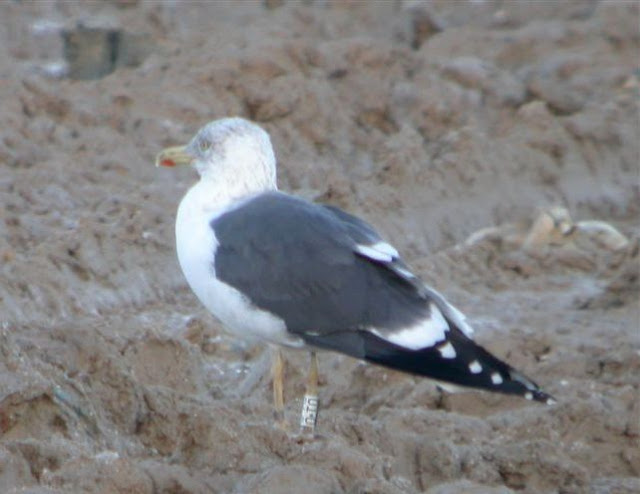 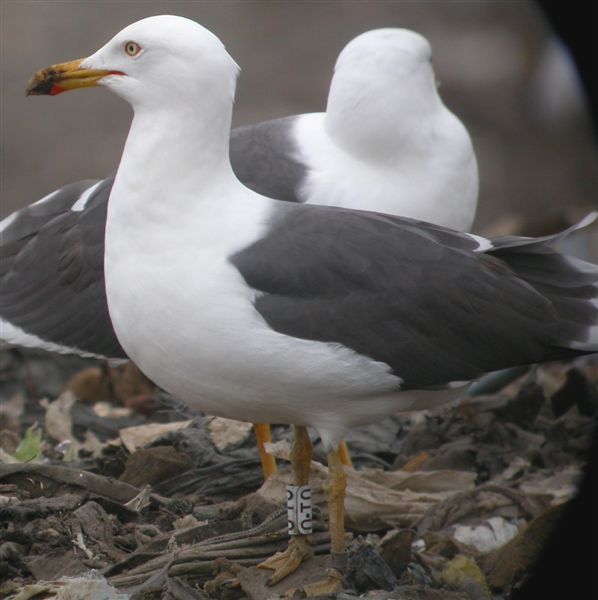 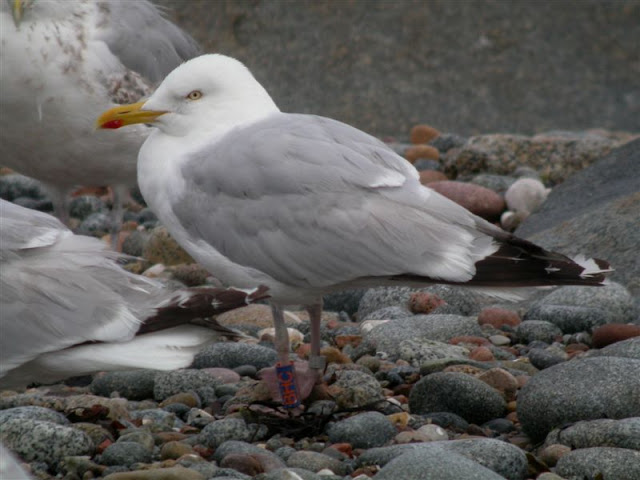 Herring Gull Blue BHC Chouet Landfill Beach 01 August 2010 - PKV
﻿
I am very pleased to already have news of three Guernsey Gulls abroad this year. All gulls were seen on 02 January. A Herring Gull - White 2.BB5 ringed in our garden at Vale, Guernsey on 25 May 2009 was seen at Hermanville-sur-Mer, Calvados, France by Francois Leclerc. In addition two Lesser Black-backed Gulls (both ringed as adults at Chouet landfill, Guernsey - White 0.T0 in June 2009 and Black 2.P0 in May 2010) were recorded at Colmenar Viejo Landfill, Madrid, Spain (Juan Ruiz & Delfín González) and Zamora Landfill, Castile & León, Spain (Victor Salvador) respectively.
Problems with my car have restricted my gull watching in Guernsey over the past couple of days, but amongst a handful of colour ringed Herring Gulls seen today at Chouet (where the landfill was closed) was the well-known Blue BHC (ringed at Gloucester landfill, England (Severn Estuary Gull Group) on 13 January 2007 and recorded 12 times in Guernsey since 17 Febraury 2009.
Posted by Guernsey Gulls at 19:03 No comments:

No Success with Black-headed Gulls!

Phil Alexander, and Chris & Owen Mourant joined me this morning for the first attempt of the New Year to ring gulls. We were trying to catch and colour ring a few Black-headed Gulls along the west coast, as I still have to get this project off the ground. Mainly thanks to Phil's valiant efforts in recent weeks, the net was easily set and a flock of c 50 Black-headed Gulls gave us hope!
However...it was soon clear that the gulls were not hungry...certainly not hungry enough to throw caution to the wind and land in the catching area. We persisted for an hour, but then dog walkers (and a random golfer!) arrived...effectively putting an end to our first attempt of the year.
We will of course try again shortly...but don't be surprised if the first colour ringed birds in Guernsey this year turn out to be from my other project (Common Moorhens)!
Posted by Guernsey Gulls at 16:31 No comments: