Apologies for Delay in Replying!

I am sorry for the delay in replying to e-mails with sightings of Guernsey Gulls. I have been in the UK since Saturday 12 November with no access to Internet until today...and I cannot yet respond to e-mails.

I hope to get back to Guernsey over the coming weekend, and will then start to address the backlog of sightings. In the meantime please keep sending your records in. Thank you for your patience!

Many thanks and best wishes

An Interesting Few Days for GBBGs

Early morning visits along the Island’s west coast are still being productive, although the number of Lesser Black-backed Gulls has, as expected, declined to less than 20 birds/day. Interestingly I can usually still find one or two of my cr birds – Black 9C2 is a regular and yesterday he was joined by Black 1.Z3 – so perhaps they are going to remain through the winter?!

Also of interest this week has been the Great Black-backed Gull flock at Perelle and Vazon Beaches , with 33 cr observations having been made on three dates involving 26 different birds as follows:-

Recently I received news from Morten Helberg in Norway of some gull sightings from a couple of trips to Morocco by Norwegian gull enthusiasts earlier this year. This report included seven sightings involving five Lesser Black-backed Gulls ringed in the Bailiwick of Guernsey. Three of these gulls were seen in April at the gull hotspot of Anza Beach, near Agadir, and while I had seen Black 0.L8 at this very site the previous December, the other two birds (Black 6.J0 and Black 6.K2 - both chicks from Alderney in 2010) were both 1st sightings since ringing. A Burhou chick which was only metal ringed (because it was too small to take a colour ring) in July 2009 was seen several hundred km to the north at Oualidia Rubbish Dump, Morocco.
However…pride of place went to LBBG White 6S9, which was only the 2nd LBBG to be ringed in the Guernsey project – in our garden at Ty Coed, Vale Marais, Guernsey on 26 May 2008. This gull, which had been recorded in the autumns of 2008 and 2009 at Quarteira, Algarve, Portugal, was seen on 13 February 2011 at Dakhla South in Western Sahara – some 3,108 km from its ringing place making it by far the most southerly report to date of a Guernsey-ringed LBBG! To add to this excitement I recorded this gull back in Guernsey on 21 April 2011, and then several times over the summer on Burhou, Alderney where it probably breeds. 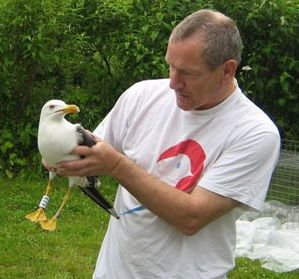 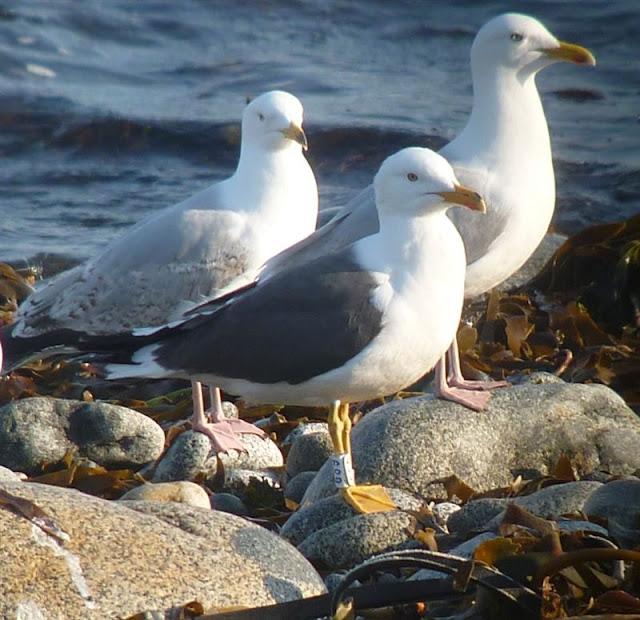 I returned this weekend from a fabulous weekend in Malaga, Spain in the very enjoyable company of fellow gull enthusiasts Salva Garcia and Gabriel Martín. Salva regularly watches the gull hotspot of Malaga Port, while Gabi who usually keeps a close watch on the gulls at Alcazar de San Juan Landfill, Cuidad Real had travelled down from Madrid for the weekend. We managed to secure permission to access Malaga Landfill and the port (where the gulls loaf), as well as visiting Benajarafe Beach to the east. On the Monday I was also able to take a look at La Carihuela Beach, Torremolinos and Caleta de Vélez Fishing Port – seeing a few more cr gulls in each location. It was a thoroughly enjoyable weekend, and with more than 120 gull colour ring sightings it was a record breaking couple of days for Malaga! Of course I was particularly thrilled to see no fewer than nine different “Guernsey-ringed” Lesser Black-backed Gulls over the weekend.
My sincere thanks to Salva and Gabi for their marvellous hospitality, and extremely good company! 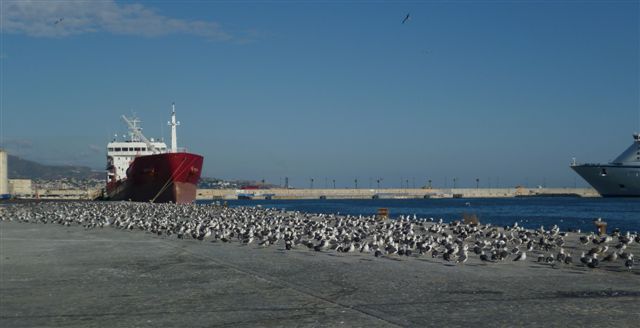 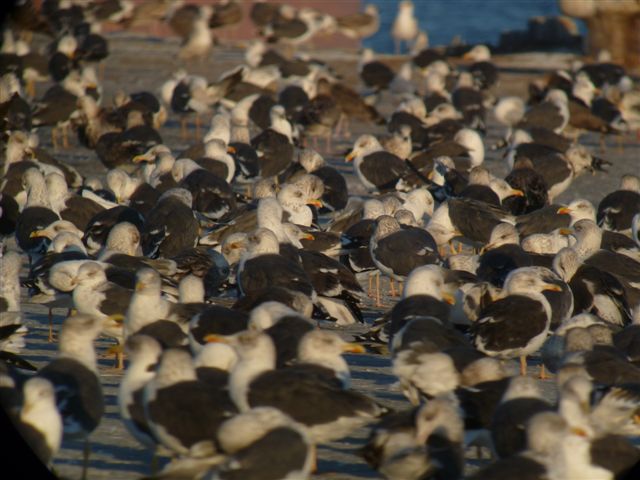 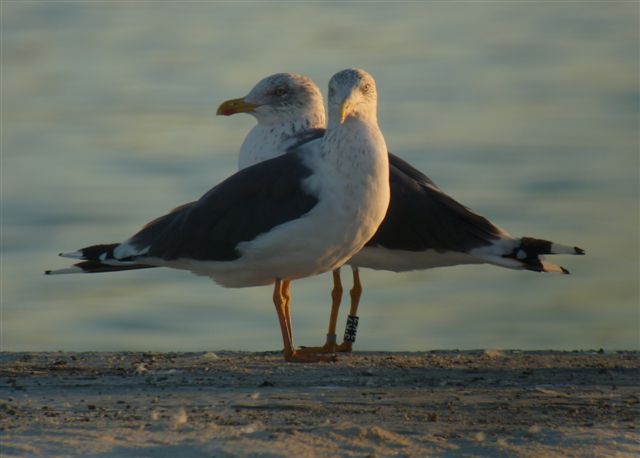 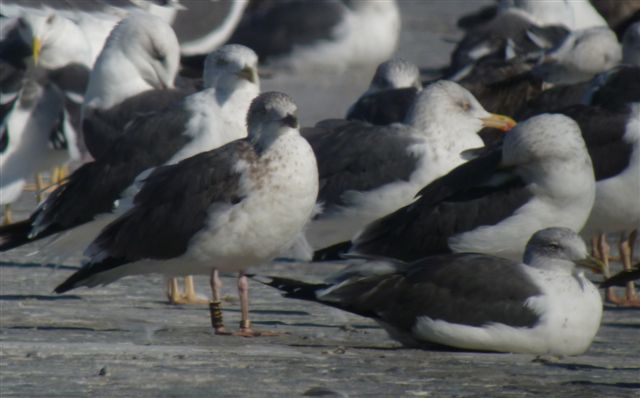 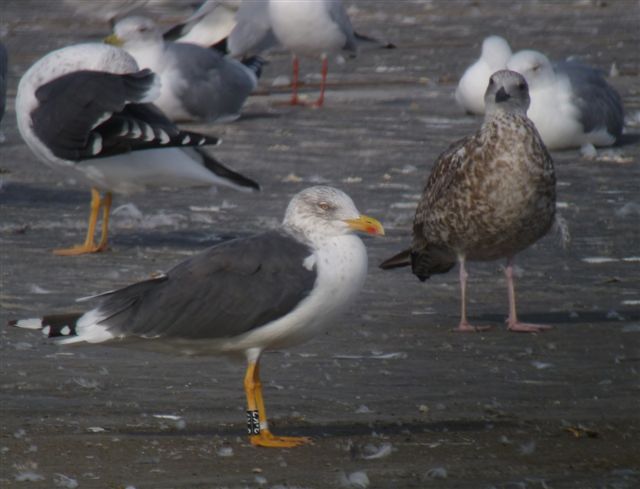 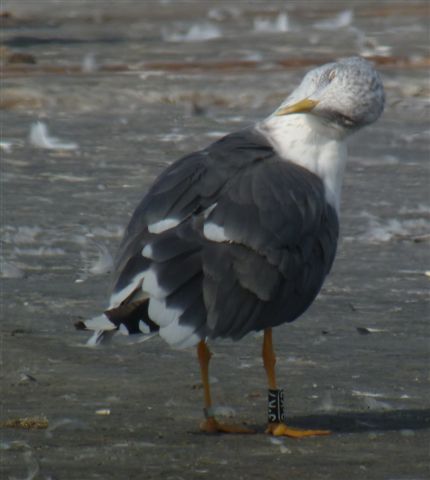 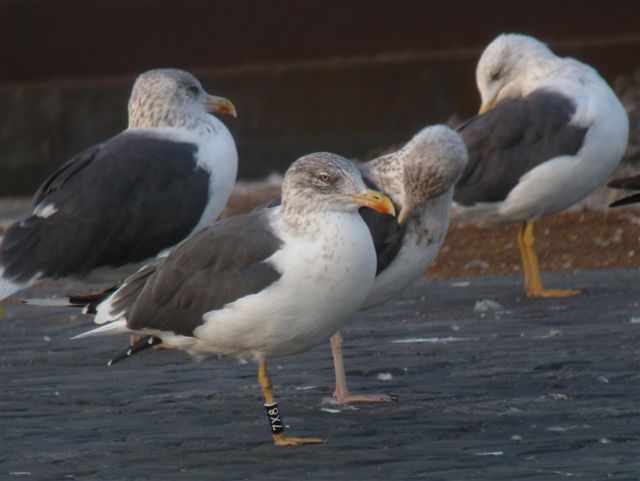 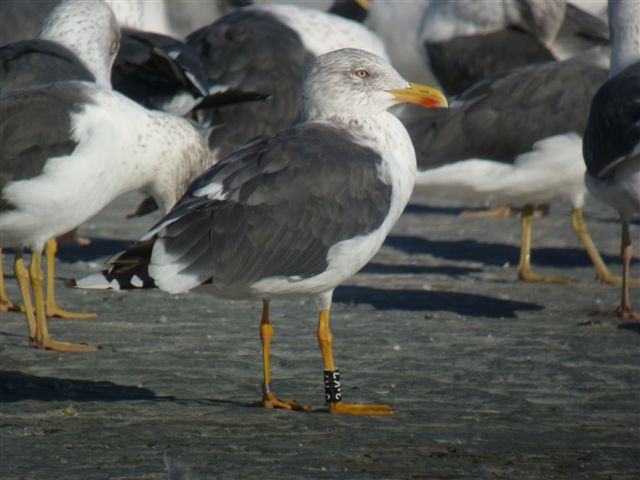 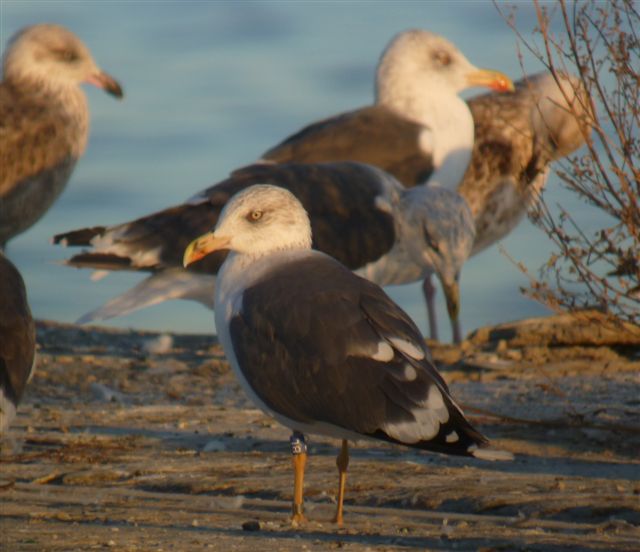 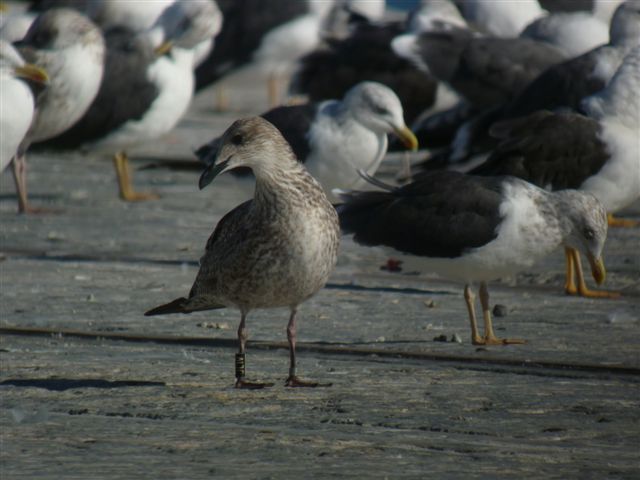 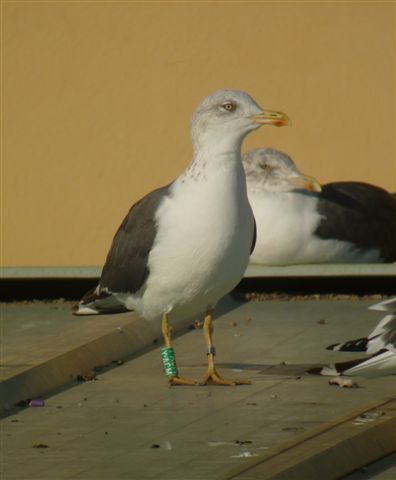 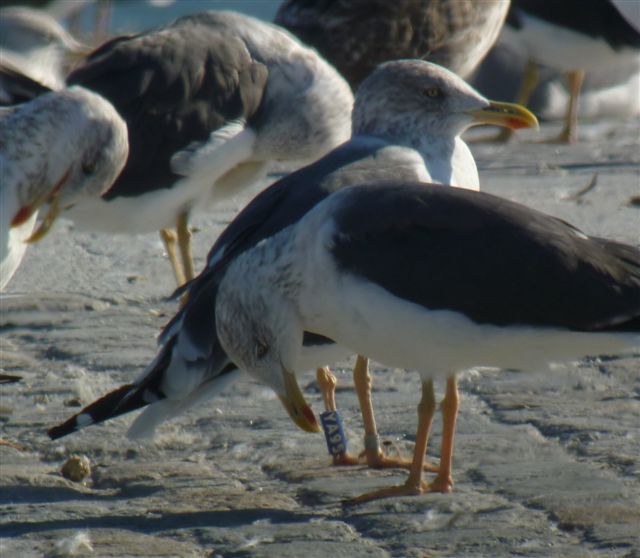 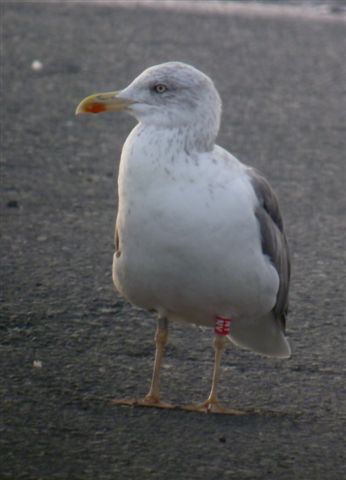 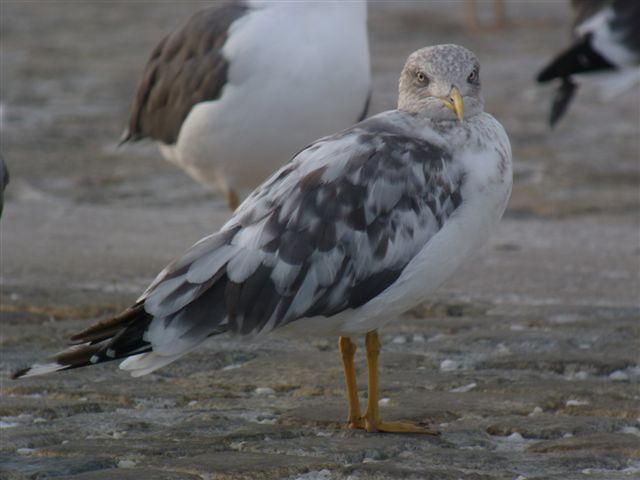 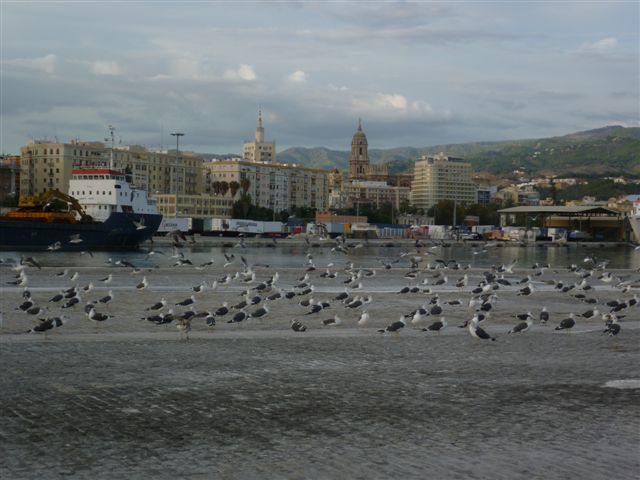 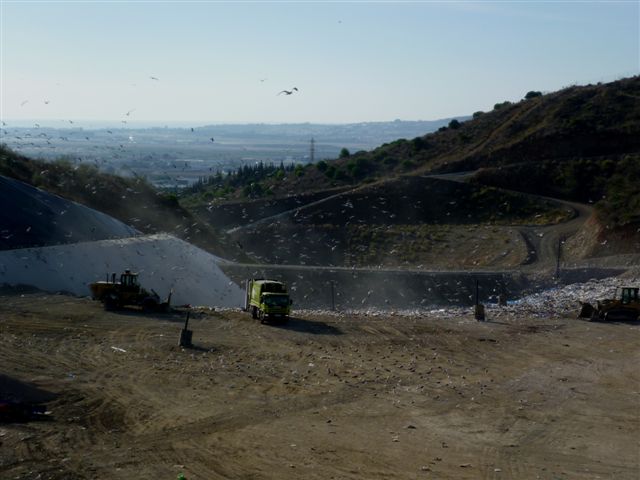 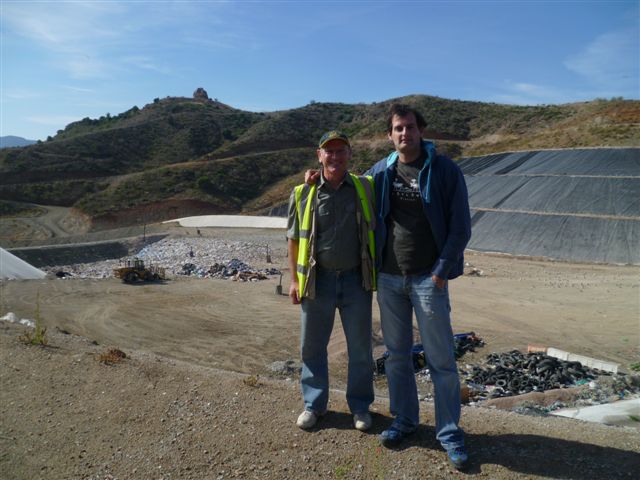 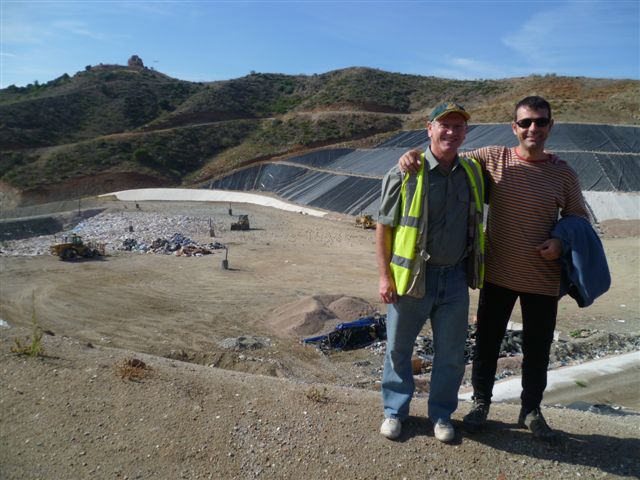 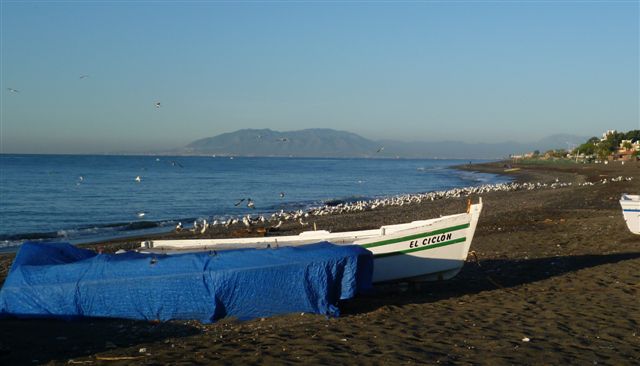 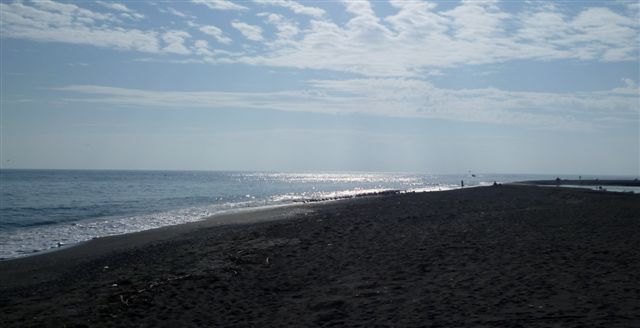