The wet and windy weather over the weekend brought at least 500 Great Black-backed Gulls, and 20 Lesser Black-backed Gulls, to the Island's west coast this morning...but there were relatively few colour ringed birds amongst them. Only six cr GBBGs were recorded (although several other cr birds were too far to be able to record the code in the windy conditions).  Half of the GBBGs were from my own scheme, while the others were a well-known Cornish bird, and two French GBBGs from Le Havre, Seine-Maritime. 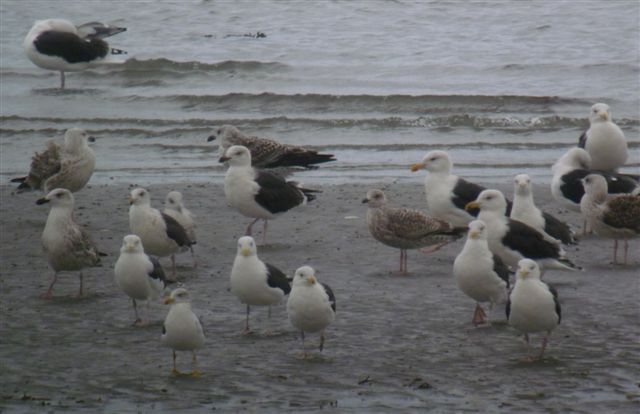