An hour at Chouet this morning was fascinating by the noticeable change in behaviour of the gulls. There are far fewer gulls lingering on the beaches after feeding in the landfill. No doubt the majority hurry back to their nesting duties once fed and watered! It was very nice to see LBBG Black 9AA8 resting on the beach, clearly no worse for wear, following its recent rehabilitation (see previous blog entry!).
The other notable sighting was LBBG Black 1.K9, a chick ringed on Burhou in July 2009 and seen in October of that year in A Coruna, NW Spain...but then not again until today! 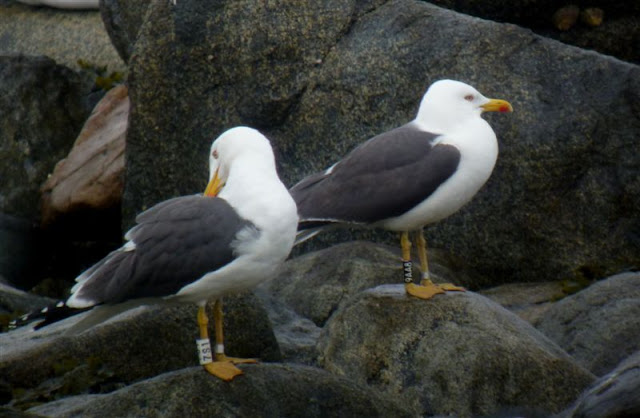 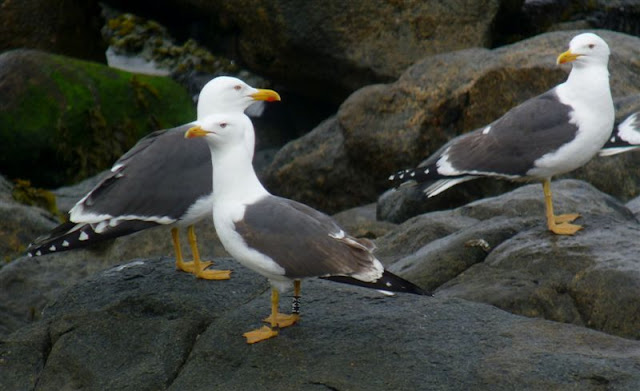 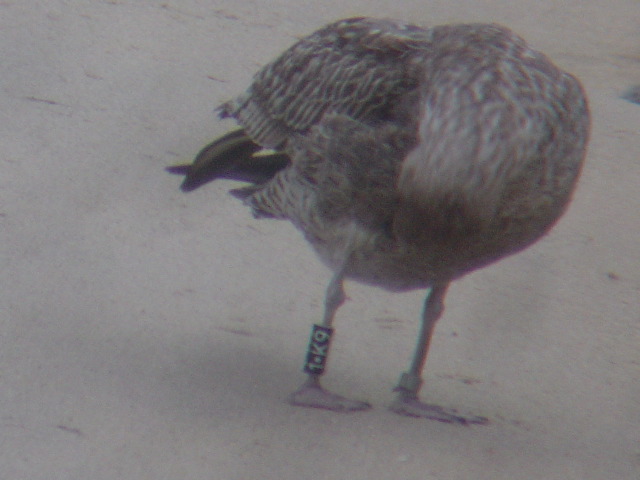 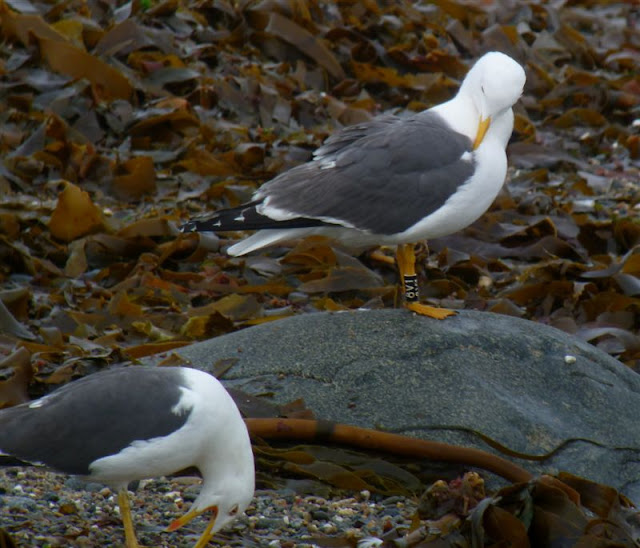 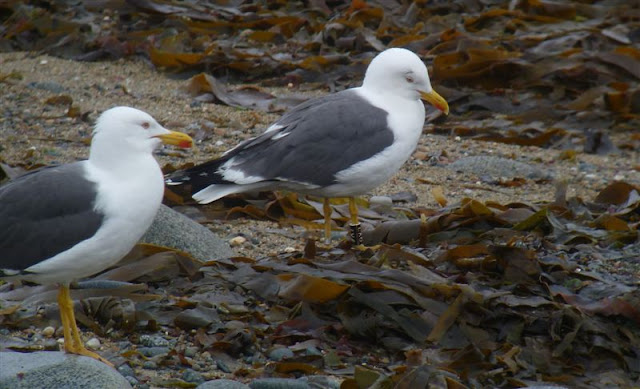 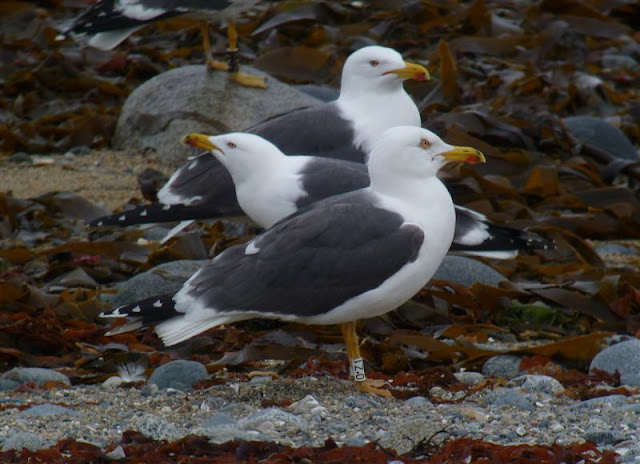