A Quick Trip to the French Channel Islands – Chausey!

Since the commencement of my gull colour ringing studies in the Channel Islands in 2008, I have recorded more than 50 Great Black-backed Gulls, which had been ringed by Sebastien Provost on the various islets in the Chausey Islands, off Granville, France (sometimes known as “The French Channel Islands”). Several colour ringed Cormorants, that had been ringed as chicks on Chausey, have also been seen in Guernsey. As a result I’d been keen for several years to visit the islands to see the habitat and the breeding areas of the seabirds. A weekend based near St Malo provided the perfect opportunity last week…so…despite the unseasonably cool, wet and windy weather I took the chance to cross from Granville and spend a day on Ile Grande – the largest and only inhabited island with c 30 permanent residents (but up to 200,000 visitors/annum).

The trip was really worthwhile, despite the poor weather and very rough sea crossing back to Granville! I particularly appreciated being able to gaze across the short Sound to the many small islets where the seabirds nest. Gulls and Shags could be seen sitting on their nests, but I had to imagine the nesting Cormorants (which were not visible from the main island).

Now I can’t wait to find the first of the Chausey raised 2012 Great Black-backed Gull youngsters once they disperse away from their natal grounds, and many head north to reach Guernsey! 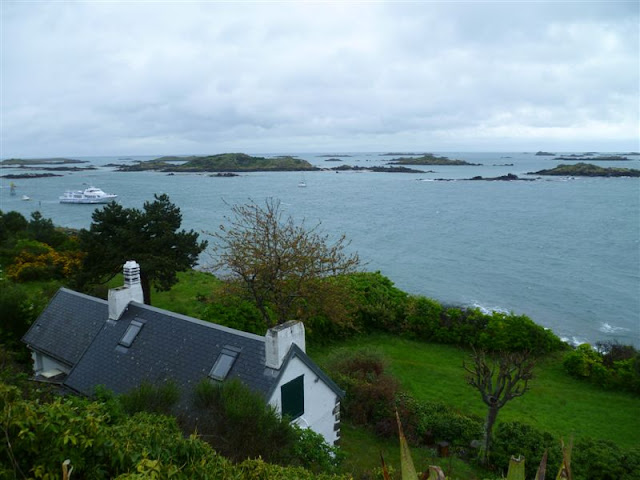 A House with a view! 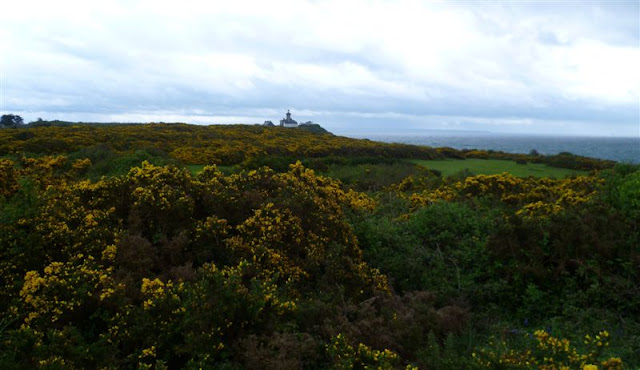 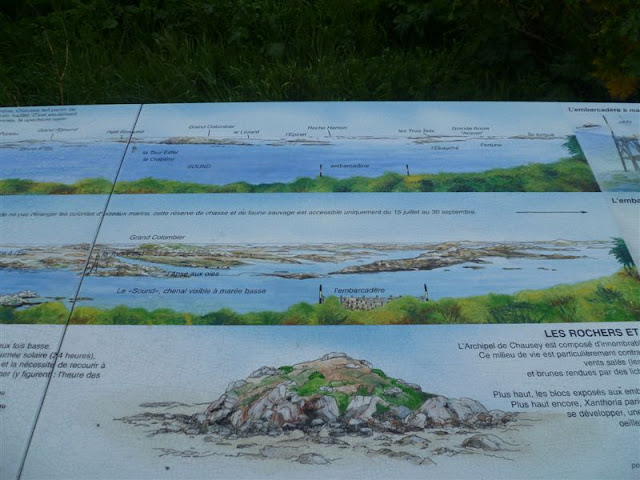 Islets at high and low tides 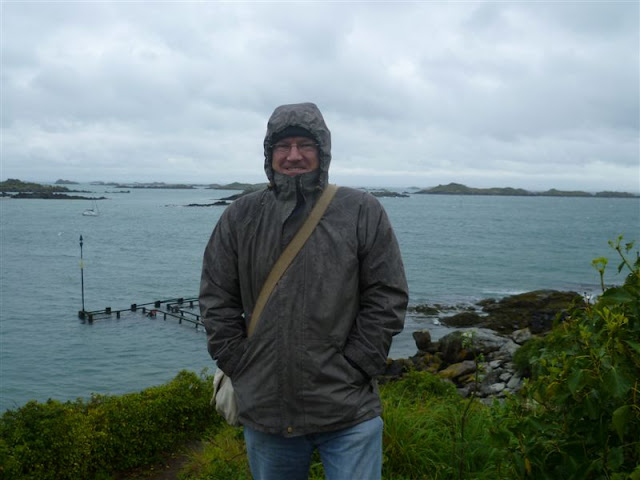 A wet and windy day - but a very happy PKV! 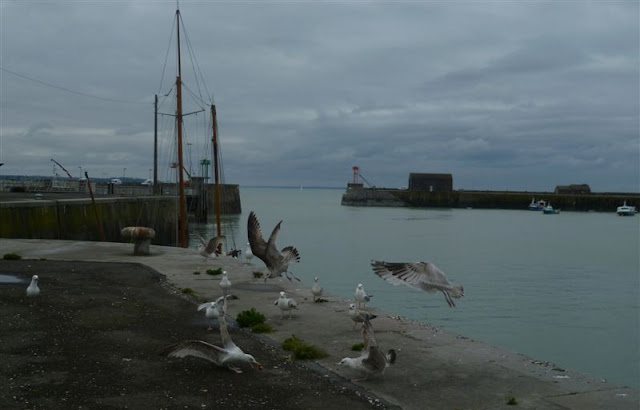 Yes...I fund some gulls to feed in Granville Port (but no colour rings)