A Visit to the Channel Islands' Largest LBBG Colony

Last weekend I was on the Burhou, Alderney, one of the Channel Islands’ most valuable seabird breeding colonies. The primary purpose was to work with Tim Morley and Vicky Warwick-Evans, of the Alderney Wildlife Trust, to complete the first complete island gull nest count in three seasons. This proved to be a hard day’s work, counting some 1,429 nests, of which the vast majority are Lesser Black-backed Gulls. Only about 30 pairs of Herring Gulls nest on Burhou, along with six pairs of Great Black-backed Gulls. This leaves a grand total of approximately 1,400 pairs of nesting Lesser Black-backed Gulls, although 236 nests were empty (thus made either by adult birds not actually breeding this year, or gulls that have not yet reached maturity). 58% of LBBG nests had complete clutches of three eggs, while another 18% had two eggs, with just 8% containing a single egg.
One would think that this means that Burhou is a thriving gull colony. However, we know that in many recent years, the colony has virtually completely failed at the late incubation/early fledging stages, and in each of the years 2007, 2008, 2011 and 2013 only a handful of chicks fledged successfully from all these pairs of gulls!
In addition to the nest count, I took the opportunity to record c 140 gull colour ring readings, which included 80+ LBBGs which had been ringed as chicks on Burhou in the successful seasons of 2009 and 2010 (40 each), which are now back on Burhou, some now nesting.
While colour ringing new adult LBBGs was not the priority for this trip this year, we did manage to colour ring another 16 breeding adults, and re-trapped two chicks ringed in 2010 which are now incubating eggs.
Finally, Tim and Vicky undertook several Atlantic Puffin counts, and while their maximum raft count of 190 birds is very encouraging (given the very high mortality of puffins in the February seabird wreck in the region), they appear to have arrived very late this year, and at the moment only a handful seem to be nesting this season. Further work is however required to confirm what is happening with the Burhou puffins this year. 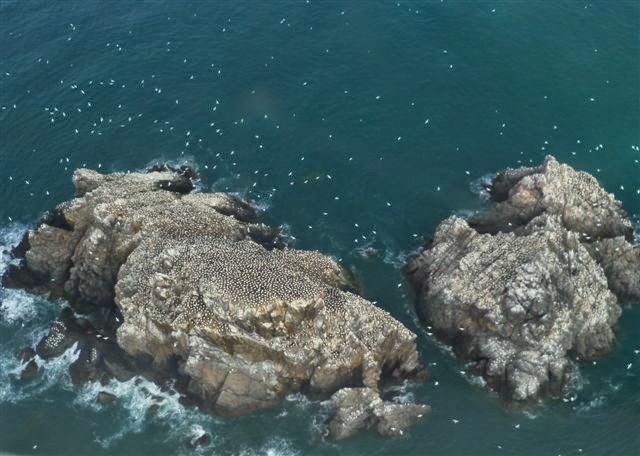 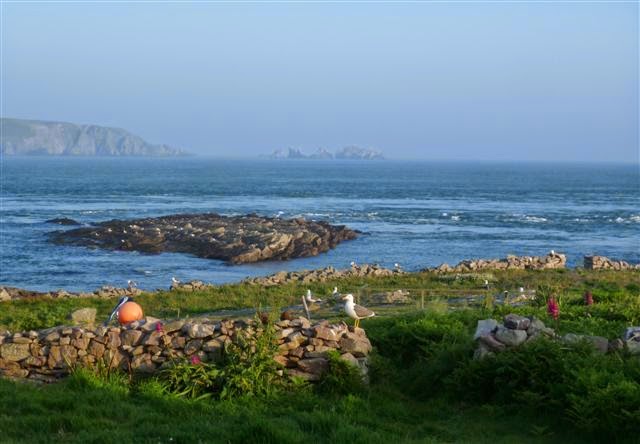 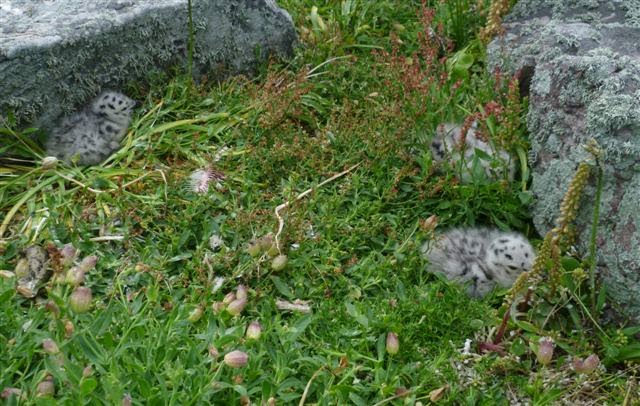 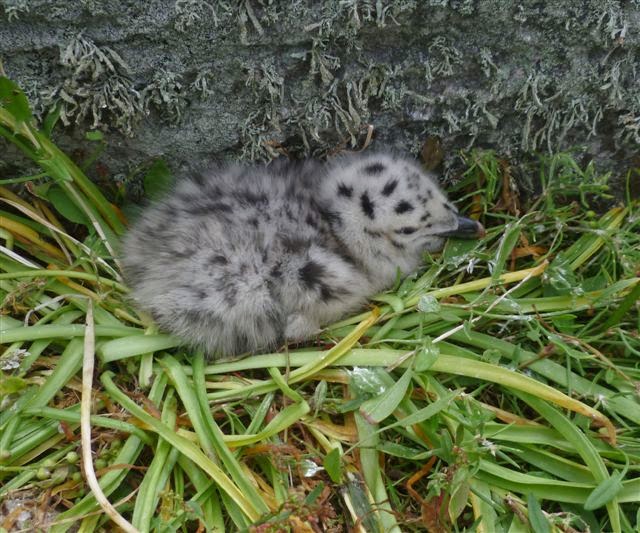 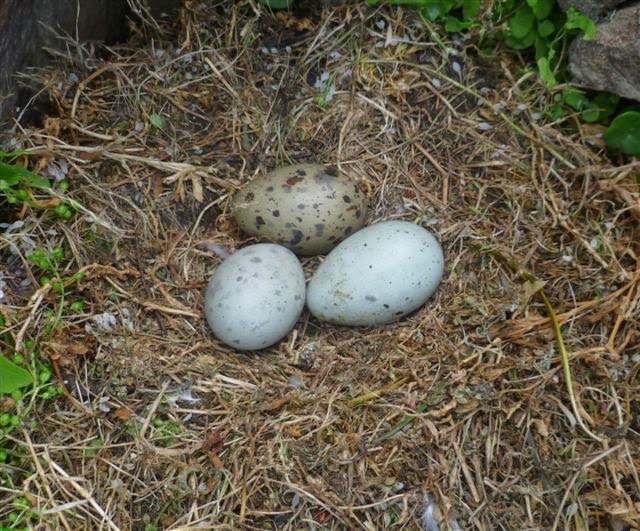 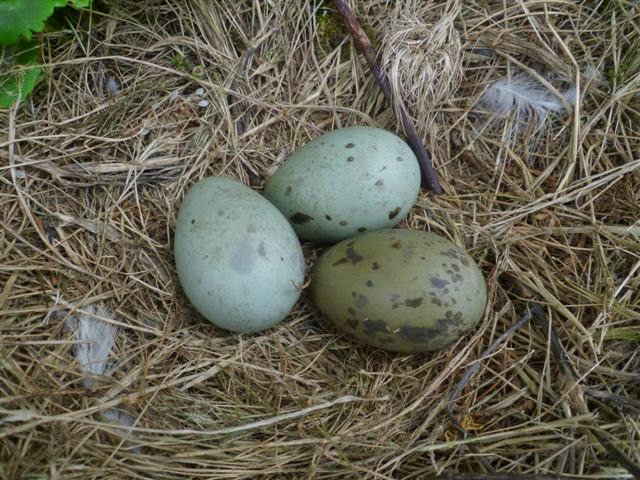 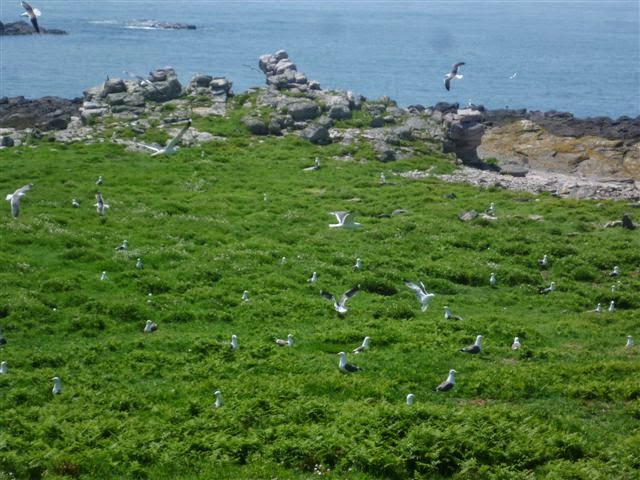 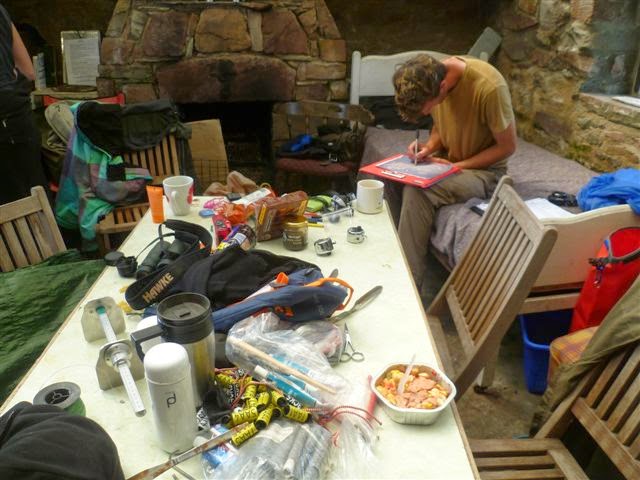 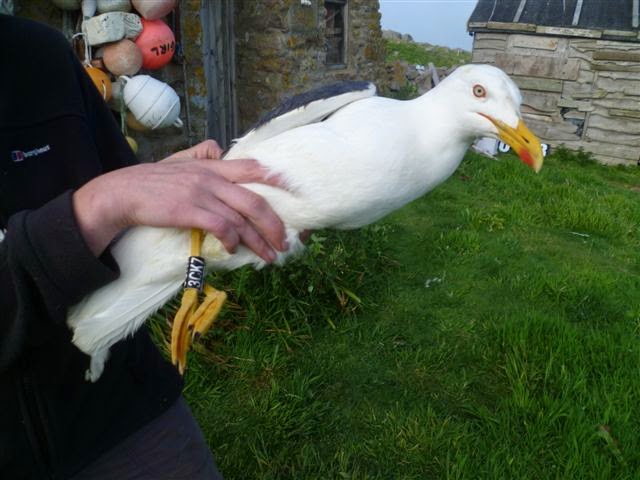 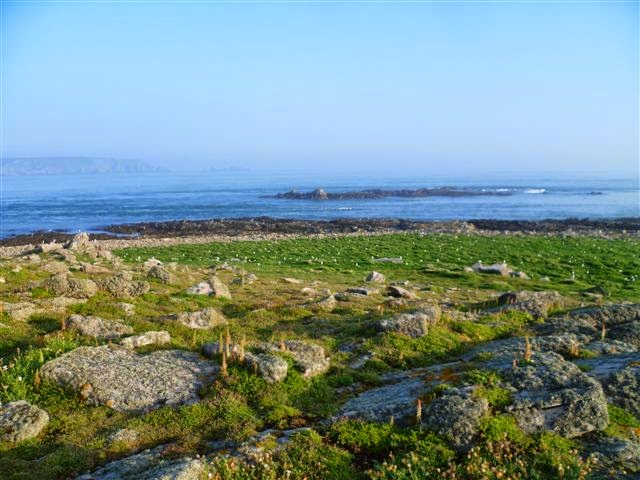 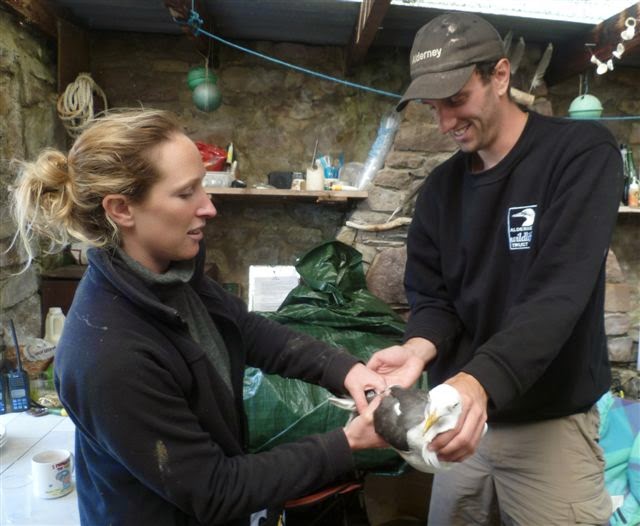 Vicky and Tim with LBBG 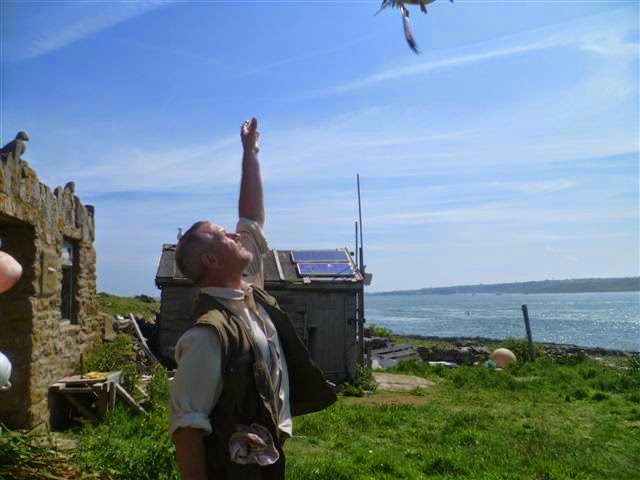 The best bit - the moment of release 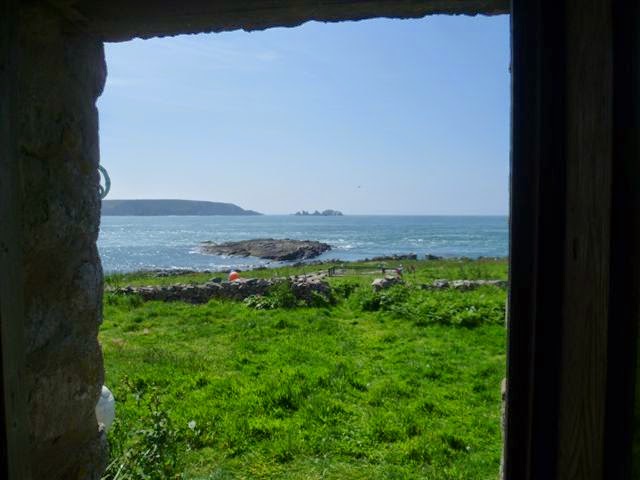 View from my bed! 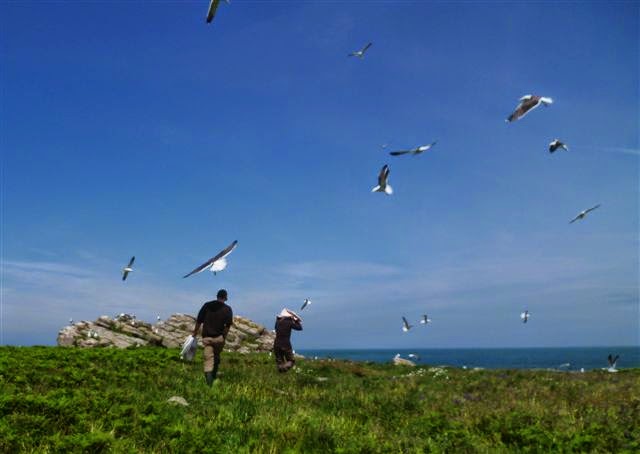 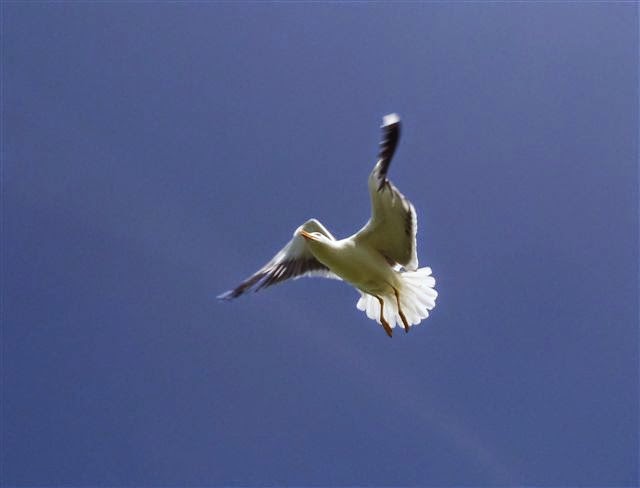 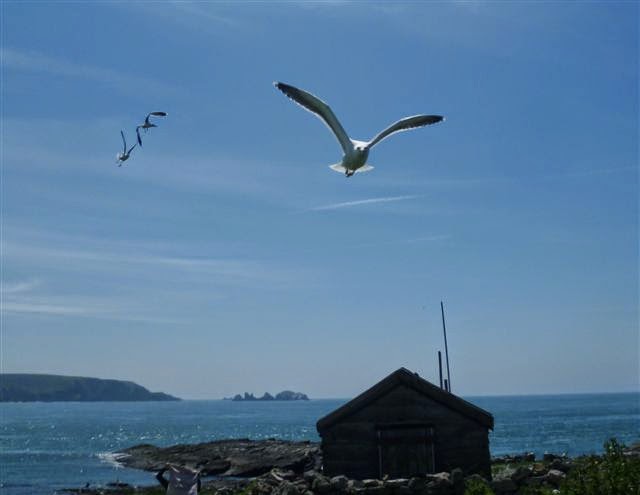 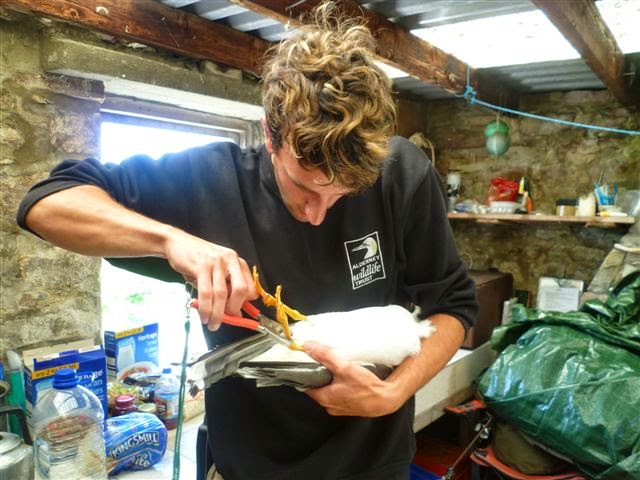 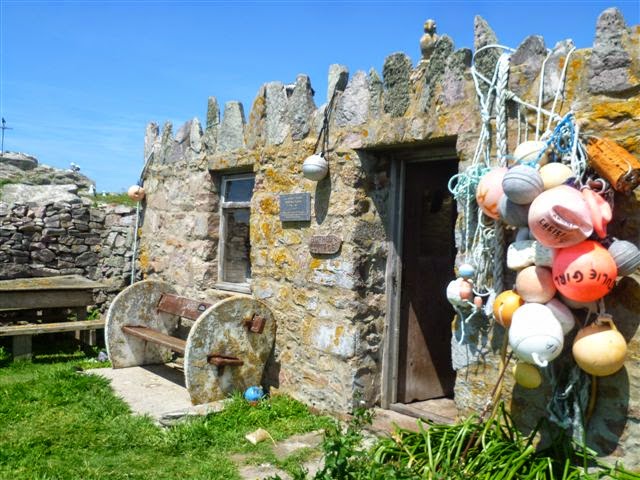 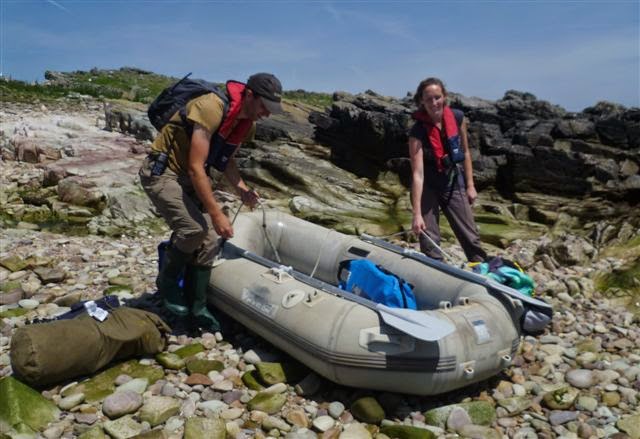