With the very kind assistance of States Sea Fisheries the Seabird Team went out on its first monitoring trip of the 2015 season today...and it was very exciting! Our main purpose was for Catherine and Chris to identify the exact spot for the Guillecam on The Humps, and to measure up the site. As soon as we approached it was obvious that a very healthy number of European Shag were already at nest sites on the islet, as well as one pair of Great Cormorants. Fortunately no birds were yet incubating eggs...but we know we need to move fast to get the camera deployed before the eggs get laid. While Chris and Catherine did the work, I recorded the site and assessed the bird populations.
This season so far the sea looked beautifully clear and the birds in great shape...what a total contrast to last year...when at this time we were just entering the worst mass seabird mortality event in our waters in living memory!
We did not land on any other islets, but as we motored past Godin it was apparent that c 40 pairs of Great Cormorants were either on colony or sitting tight on nests...another very encouraging sign.
Sea Fisheries then had a freight run up to Alderney, and the Seabird Team joined Dave and Amy on an inshore fisheries patrol. This gave us a superb opportunity to check out the Alderney cliffs and islets too. Although plenty of adult Northern Gannets are already back in Alderney waters none has yet returned to the gannetries of Les Etacs or Ortac. Incredibly there were c 100 Common Guillemots and Razorbills around Les Etacs, and even more in the vicinity of Cocque Lihou. If these birds remain to breed it may even be a record season for these auks in Alderney.
We are experienced enough to know now that there are always plenty of things to go wrong as each seabird season advances...but we really could not have asked for a better start to the 2015 season...let's hope it keeps going as it has started out!
Once again our thanks to Chris Morris and his team at Sea Fisheries. Their assistance with the vital task of monitoring the Bailiwick's seabirds is very much appreciated! 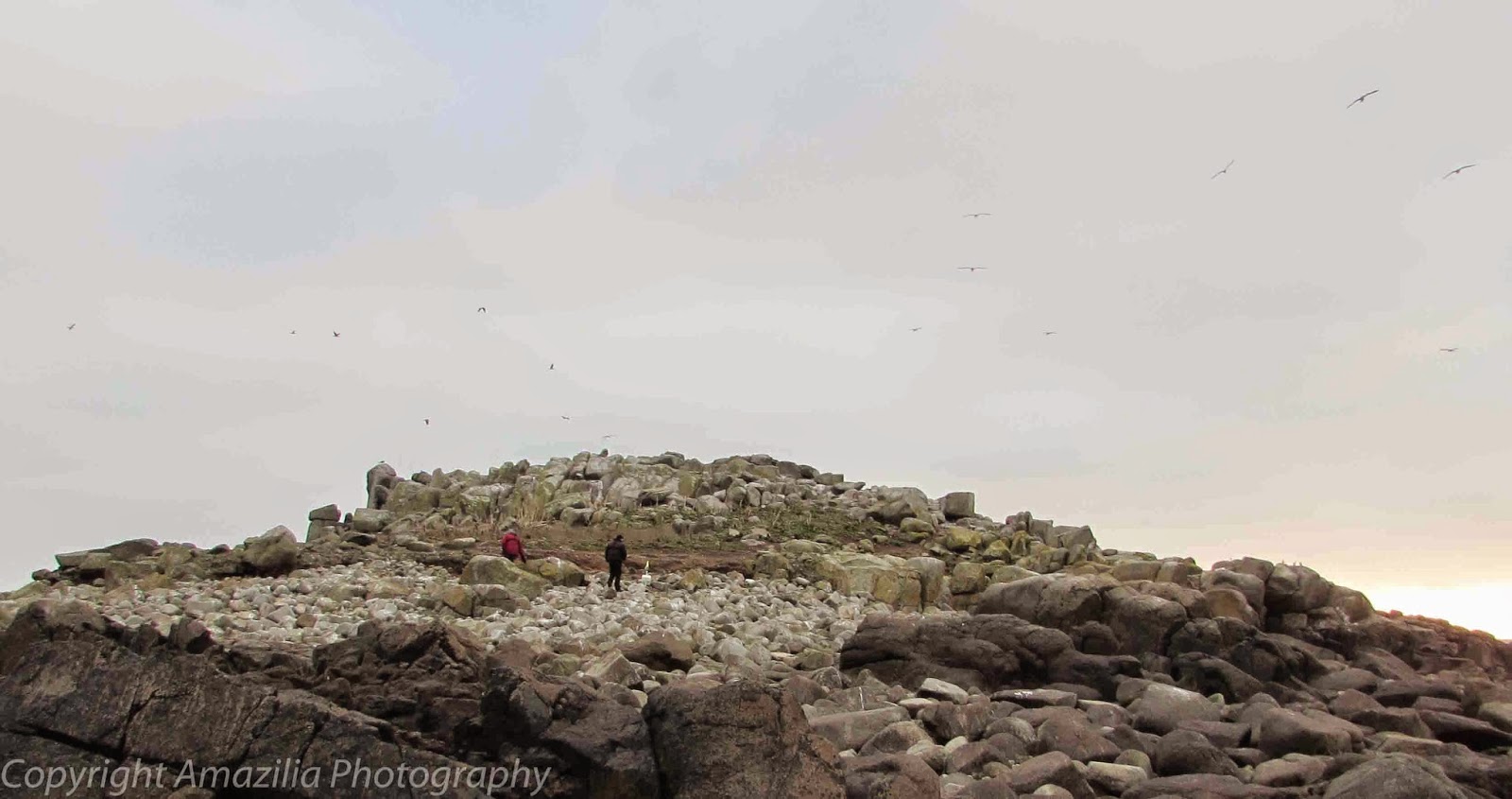 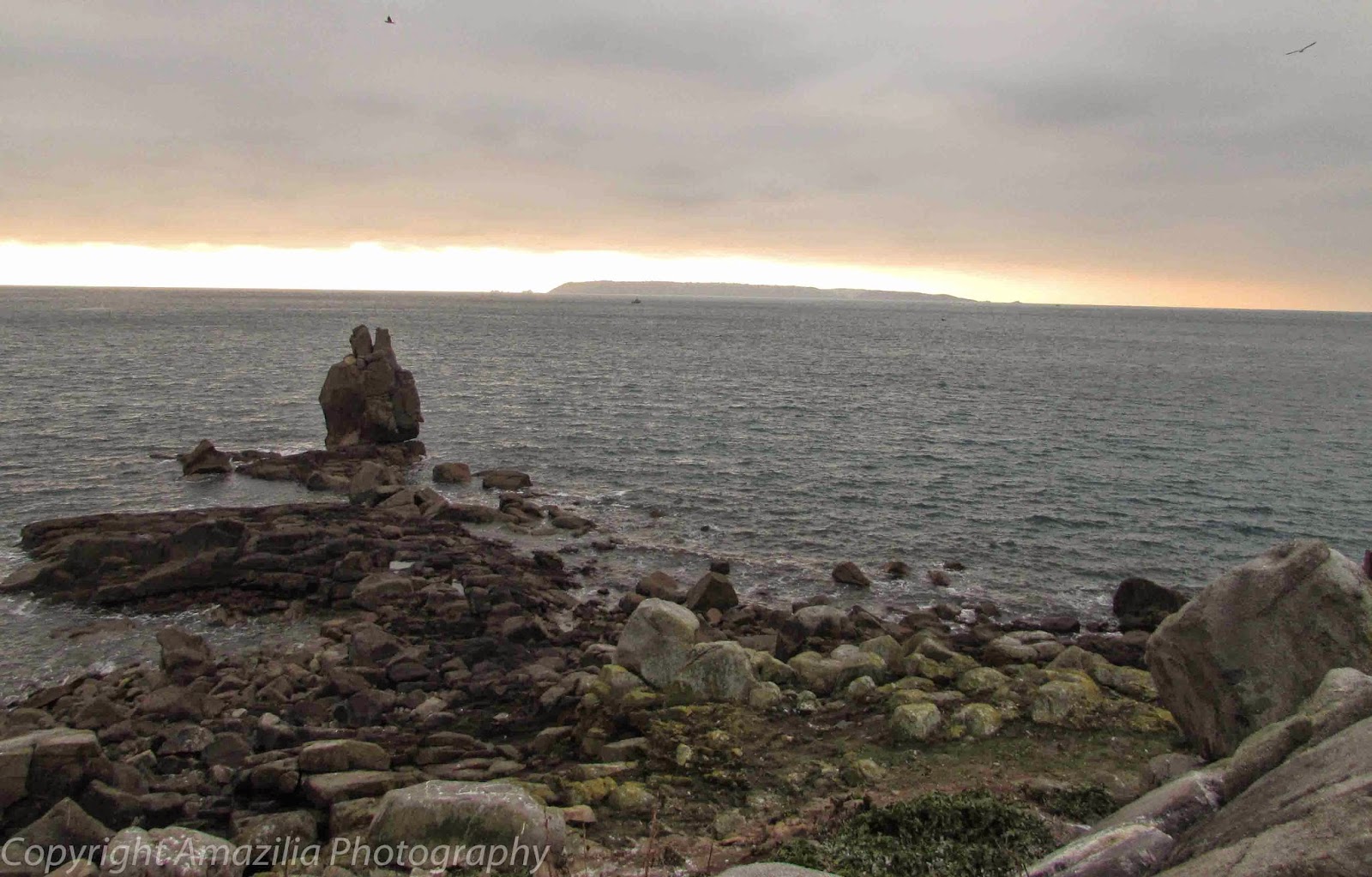 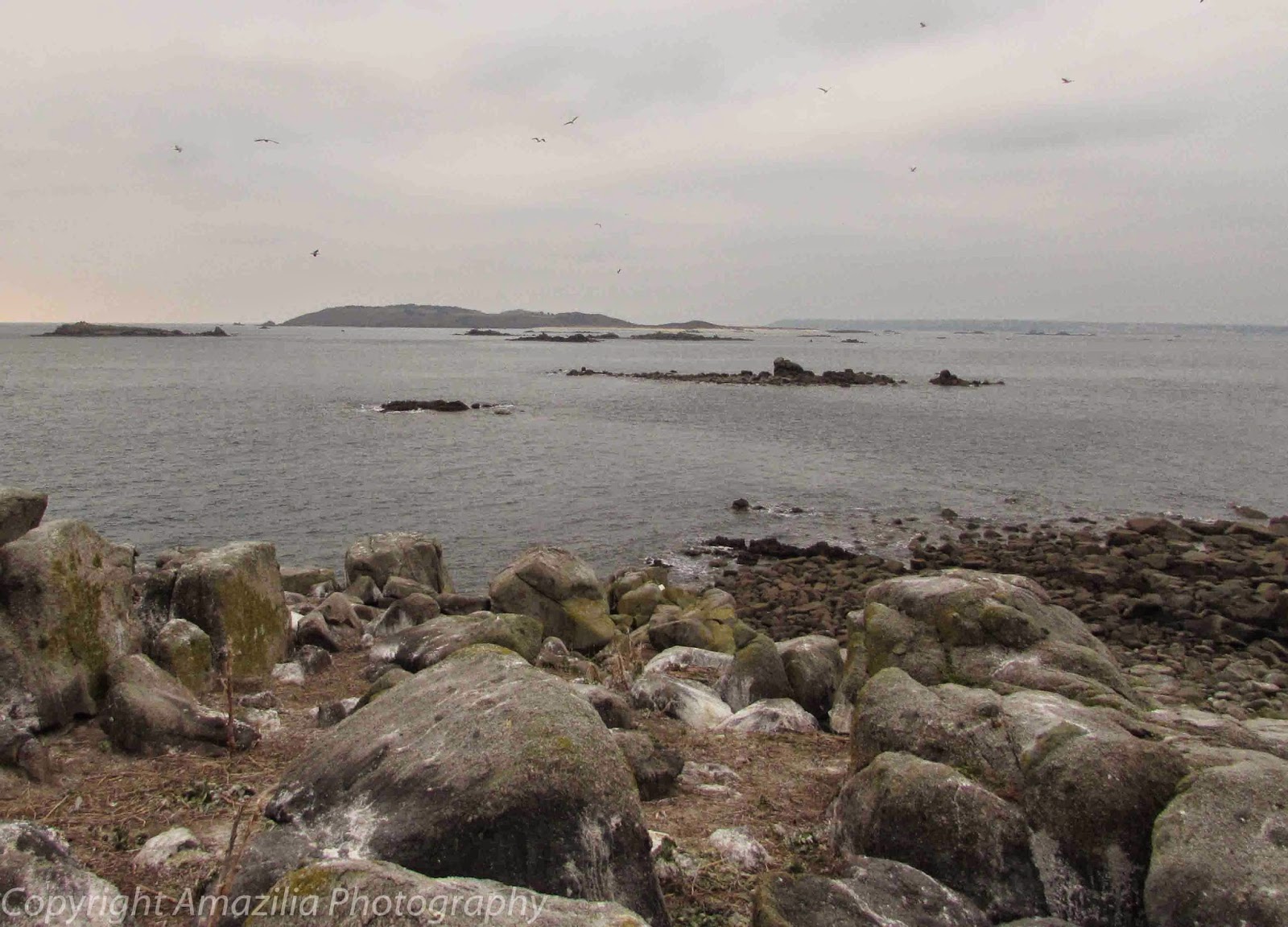 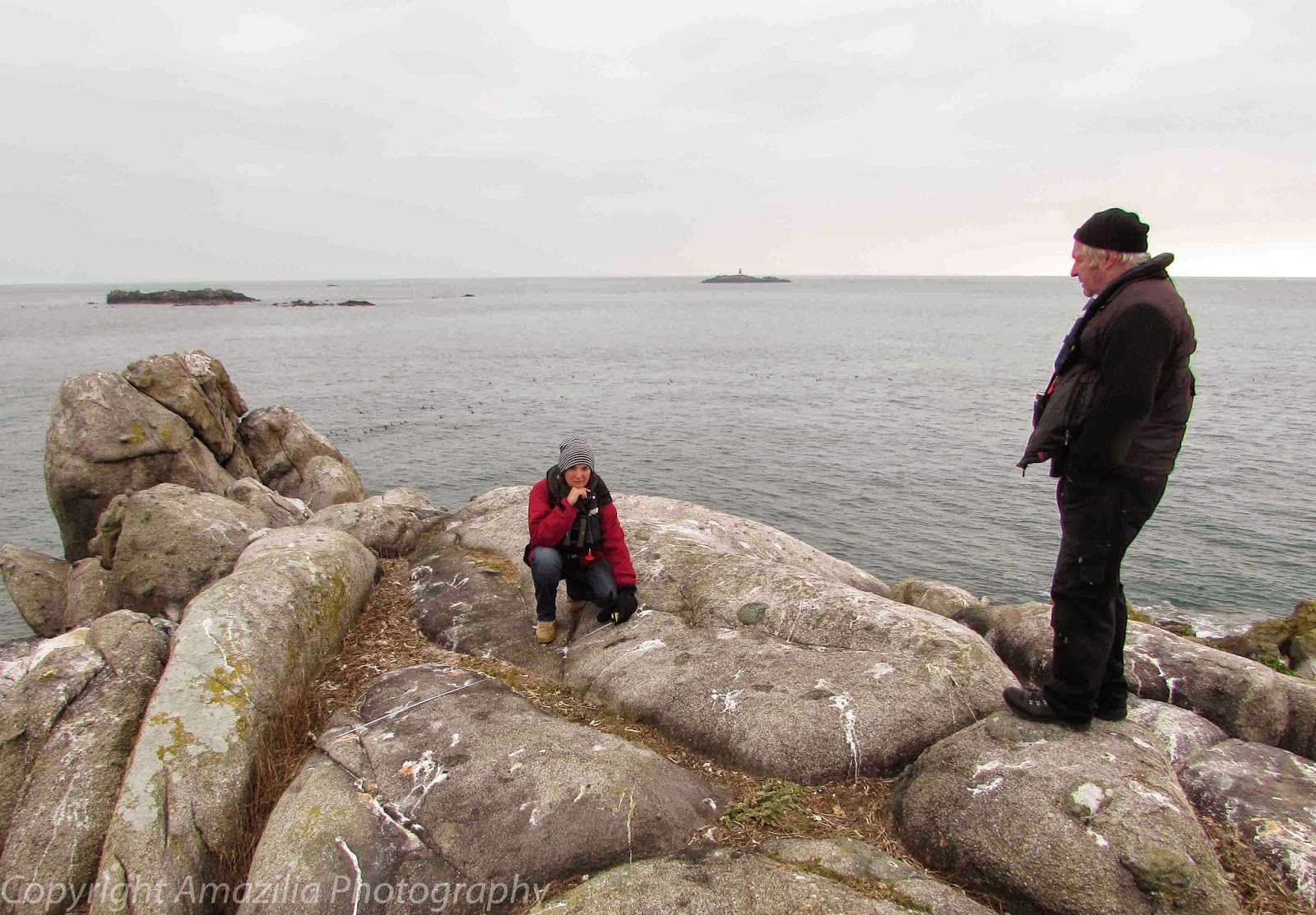 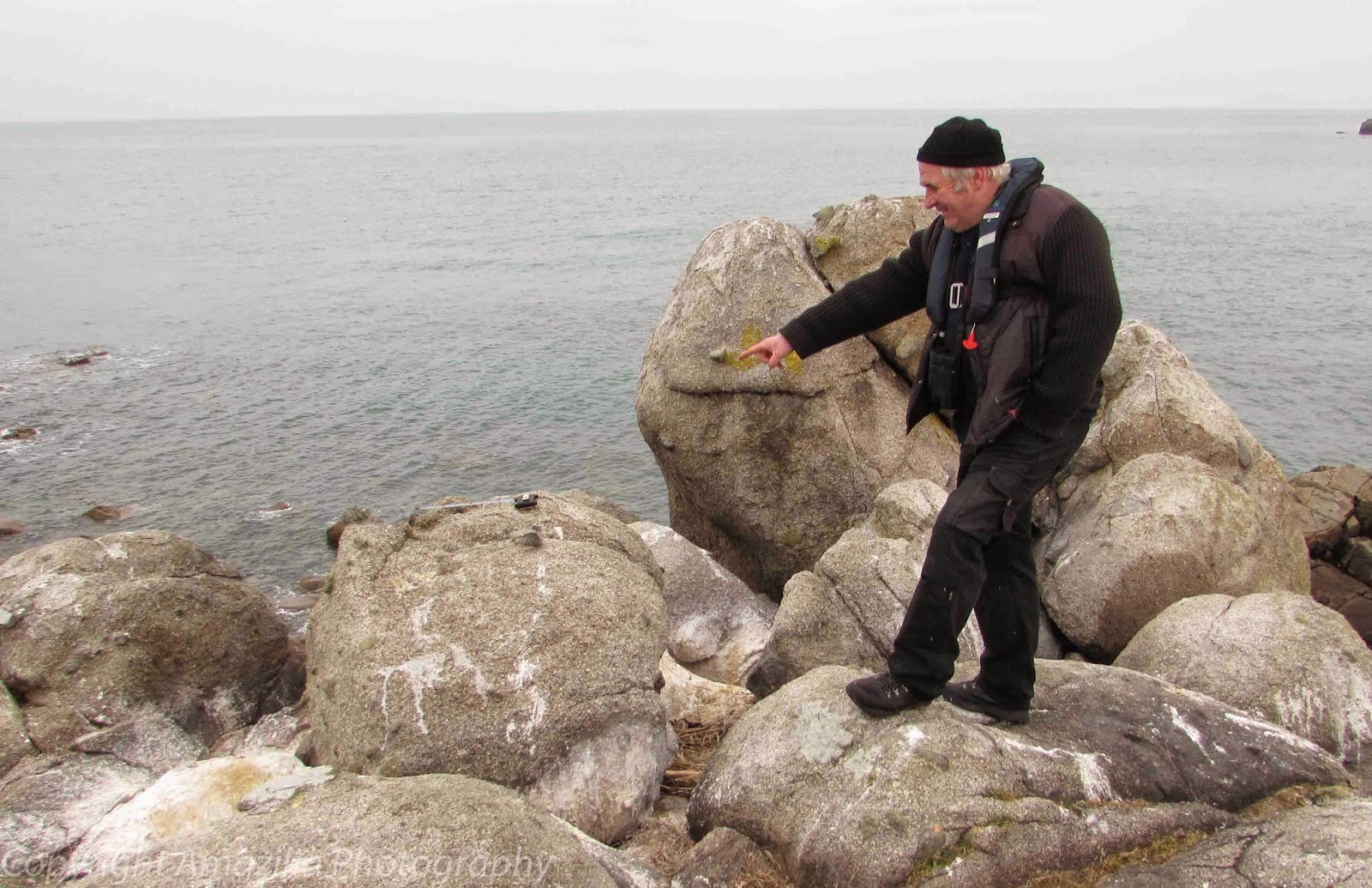 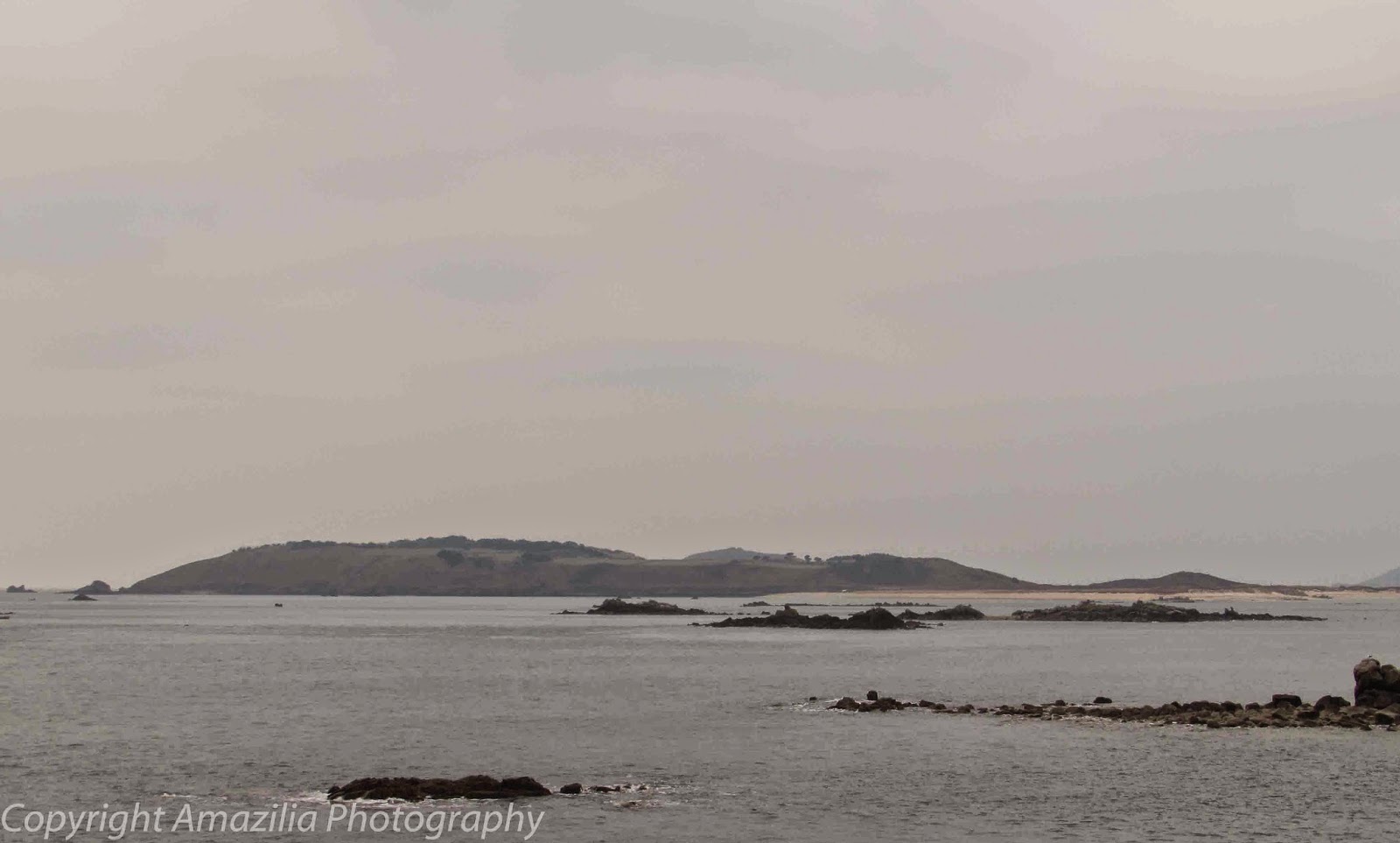 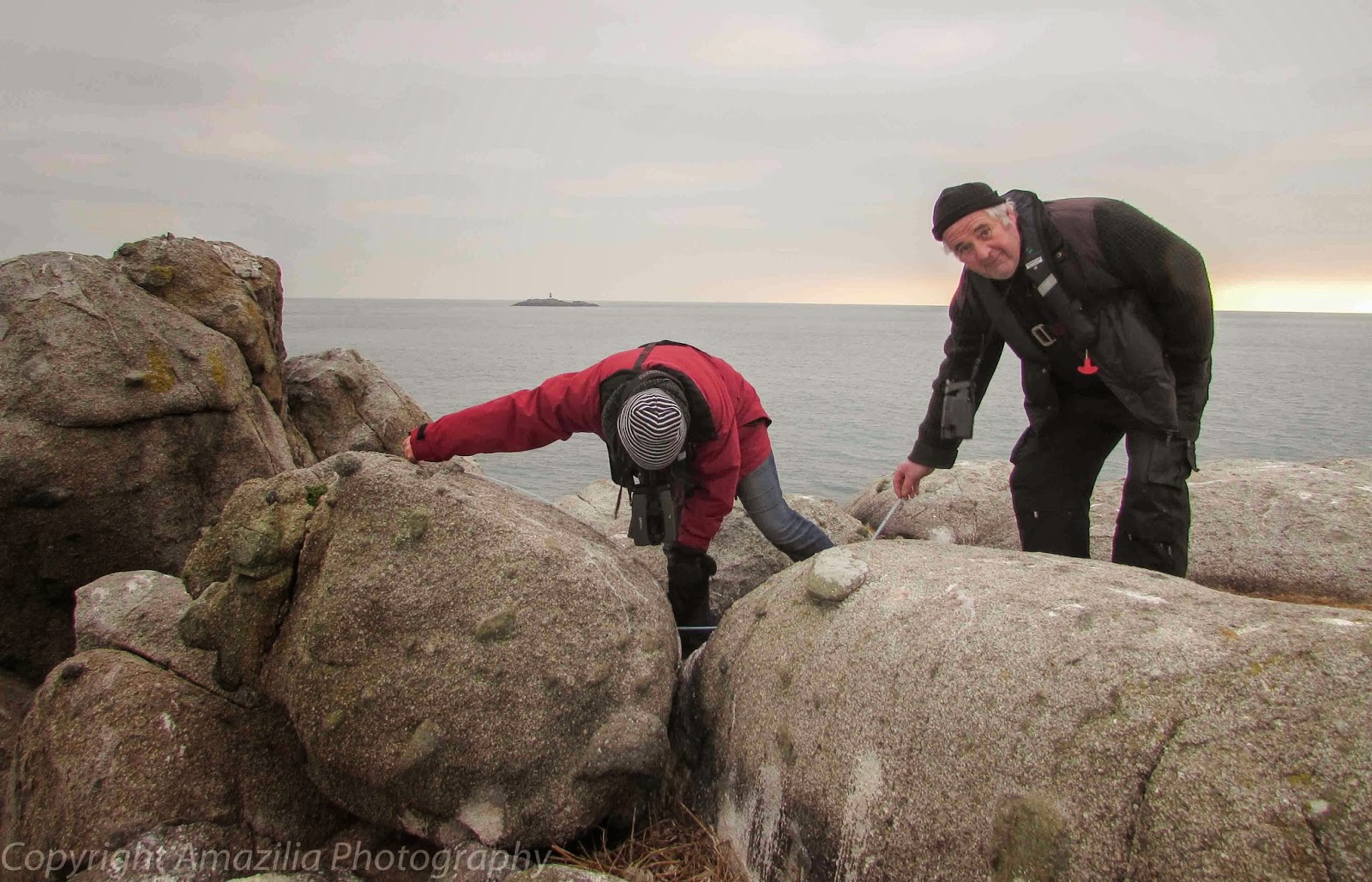 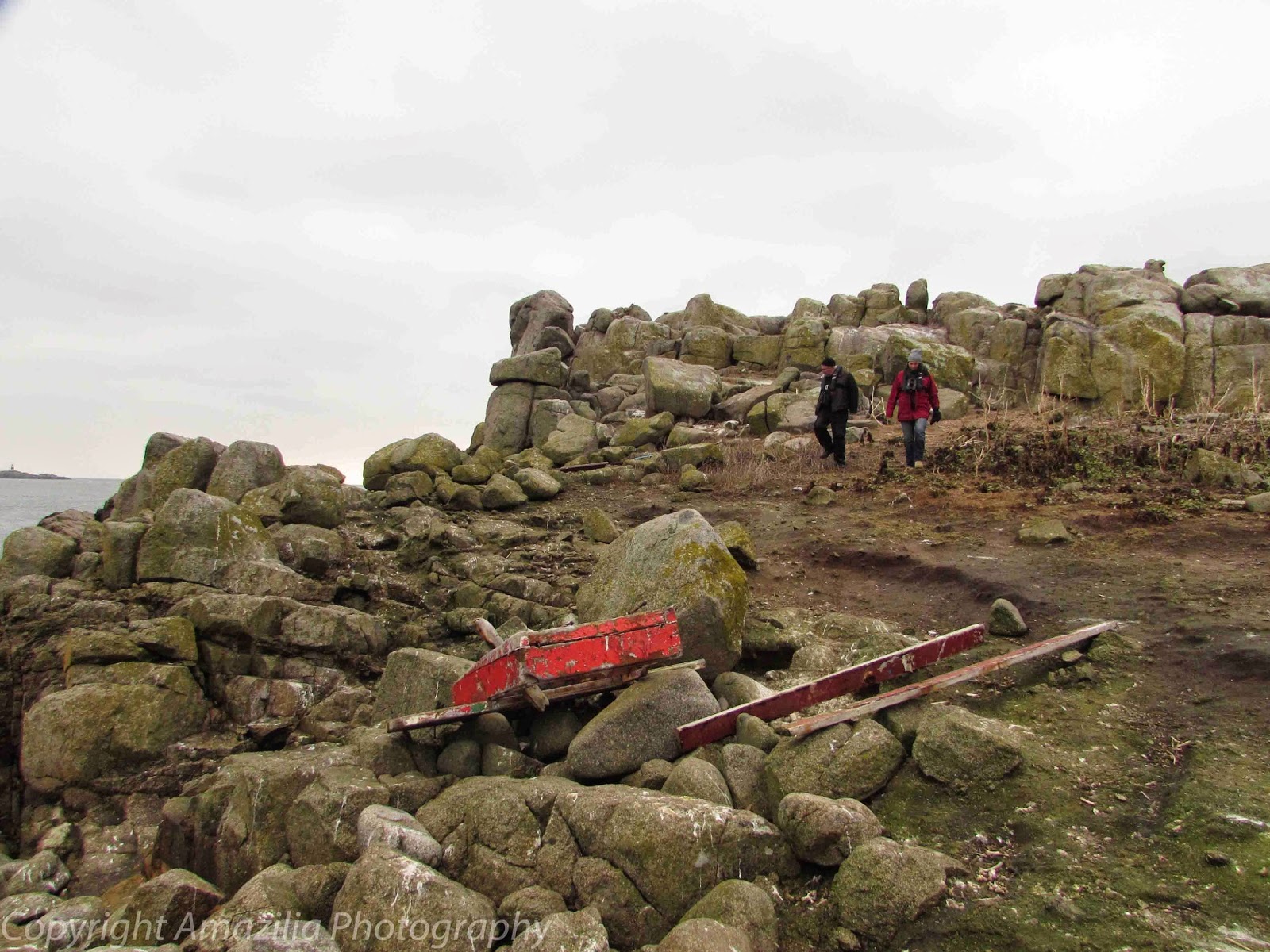 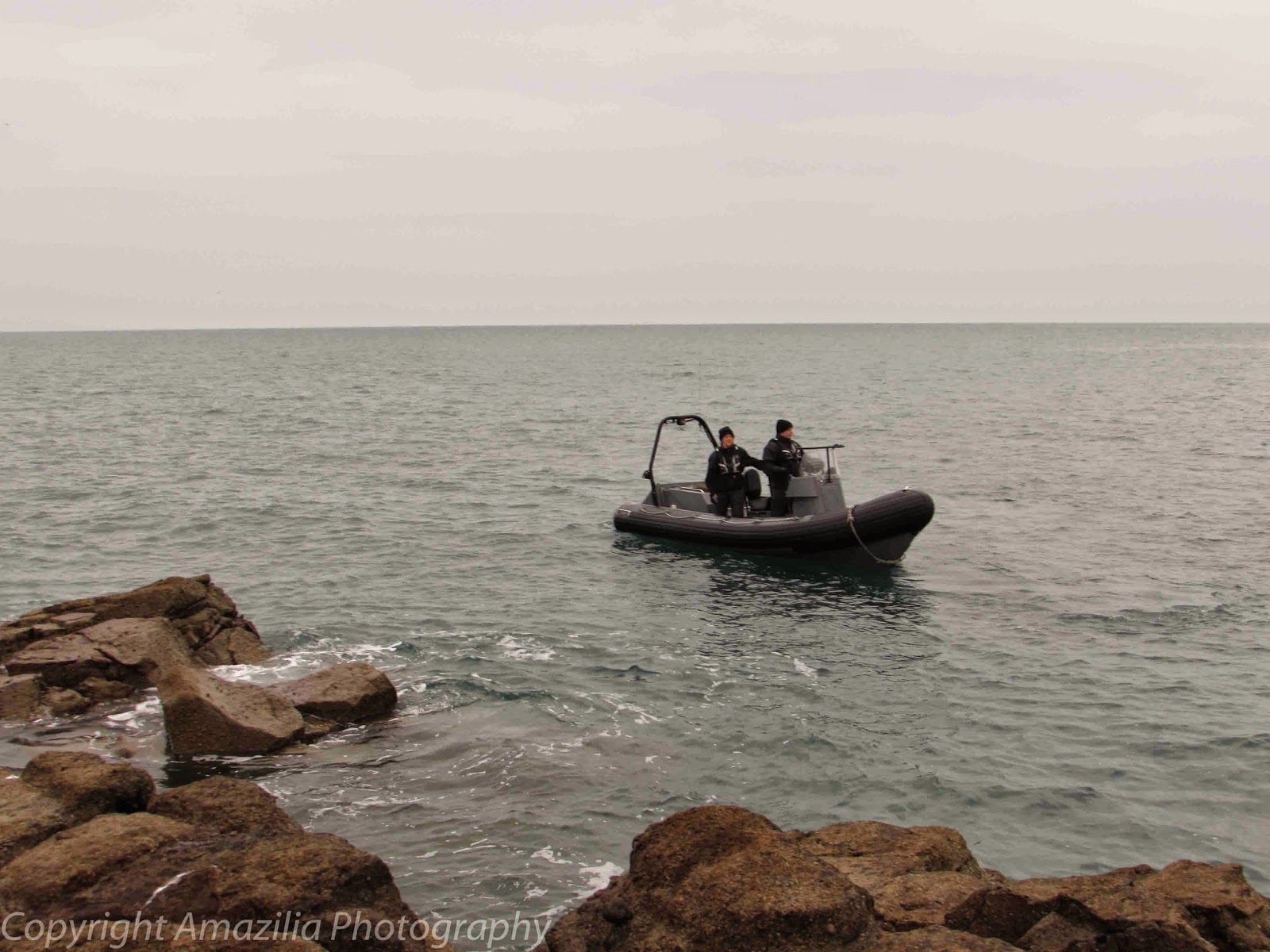