News from Home and Away

Gull watching on Guernsey has become much more difficult this week – primarily because I am struggling for enough light in the morning before having to be at work. This situation should improve again for a few weeks when “Daylight Saving” ends in Guernsey on 31 October 2010, and the clocks go back one hour. A quick dash to the West coast at lunchtime today did result in the sighting of a new French cr Great Black-backed Gull – Black 89E from Gilles Le Guillou’s project based at Le Havre, Seine-Maritime.


While it has been relatively quiet here in Guernsey, I am delighted with the steady flow of reports of sightings of Guernsey-ringed Lesser Black-backed Gulls (mainly from Iberia) and Herring Gulls (several from the Vendee and Normandy coasts of France). In addition Michael Davis has sent in reports for 12 Guernsey Lesser Black-backed Gulls that he saw at Quarteira, Algarve, Portugal earlier in October. This has whetted my appetite even more for our own trip to Quarteira next month. Hopefully some of the Guernsey birds will still be there!

Finally…the number of Lesser Black-backed Gulls on Guernsey has now dropped even further to a maximum of perhaps 40 birds (although hopefully I will be able to confirm this with some more field work over the coming weekend). In particular I shall be looking to see whether I can find any Guernsey colour ringed Lesser Black-backed Gulls in Guernsey (as I still suspect that all my birds leave the island in winter - at least over the period November-December). 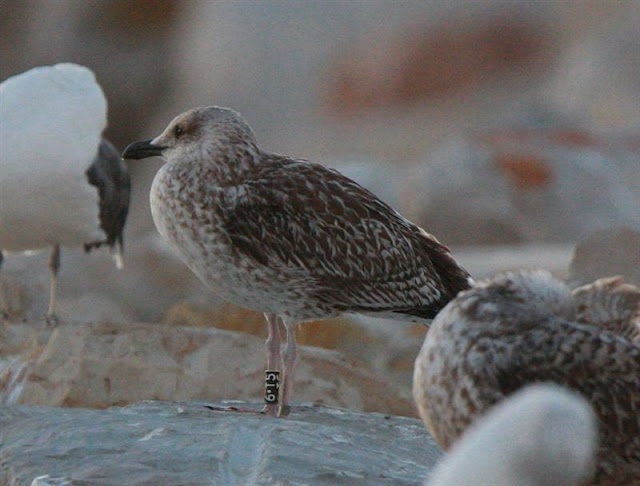 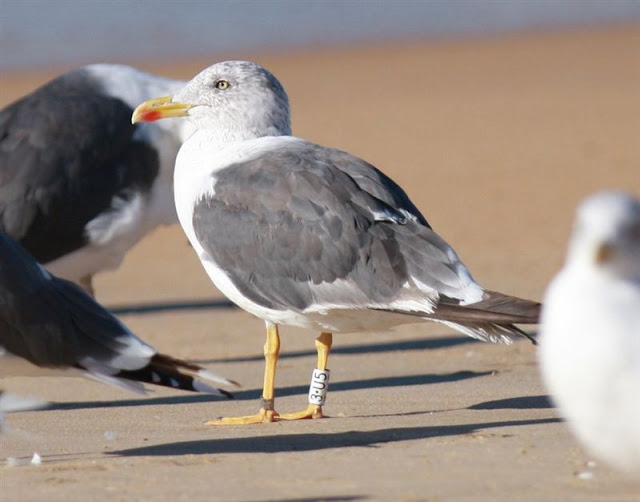 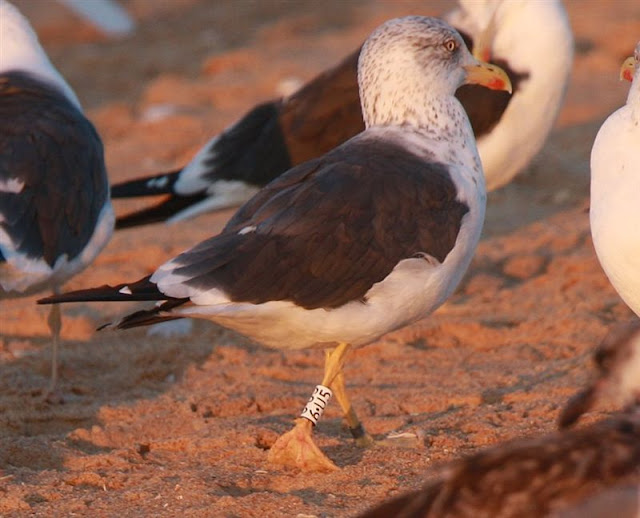