This past week has been an extremely busy one with  a very good stream of Lesser Black-backed Gull sightings being reported from NW, SW and Central Spain. Added to this a new record of 19 sightings (involving 18 gulls) was reported from a single trip made to Portugal by Arnold Gronert (The Netherlands). However, even before I'd had a chance to process these sightings an e-mail came in from Peter Rock, who had just returned to England from a short holiday in Portugal - with no less than 49 sightings of my Lesser Black-backed Gulls (42 different gulls)!
At the same time some windy weather early in the week resulted in some good gull watching along Guernsey's West Coast. On 19 October a new record of seven foreign colour-ringed Great Black-backed Gulls was recorded. Ony one of these birds had been previously seen in Guernsey (Green E.30 - from Chausey Islands, France - Seb Provost). The six new birds included one Norwegian bird -  Black JA609 (nr Mandal, Vest-Agder - Finn Jorgensen), three from Le Havre, France (Gilles Le Guillou (Black 53G, Black 71E and Blue 51C) and two more from Chausey, France (Green B.17 and J.20).
There was also a Lesser Black-backed Gull (Green G:H) which had been ringed as a chick in Bristol, England (Peter Rock).
The next day  there was another of Gilles Le Guillou's Great Black-backed Gulls - Blue 61C, and a Lesser Black-backed Gull from Iceland, but this ring was so badly worn that it was unreadable (Pale Blue - possibly Y 156 or Y166).
Also of considerable interest is the fact that three of my Guernsey colour-ringed adult Lesser Black-backed Gulls are still present in Guernsey - Black 3.K3, Black 3.J3 and Black 2.C9. Surely these birds will shortly move away for the winter? One chick from Burhou, Alderney (Black 4.T1) was also seen in Guernsey this week.
All in all - an absolutely fabulous week for the Guernsey Gulls colour ring projects! 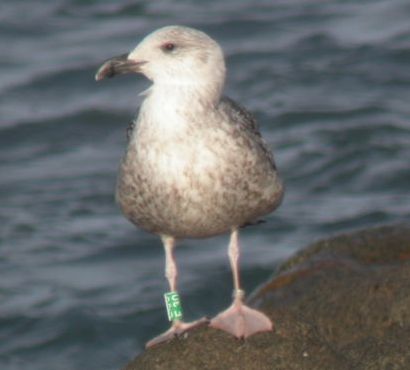 GBBG Green E.30 on an earlier visit to Guernsey - PKV 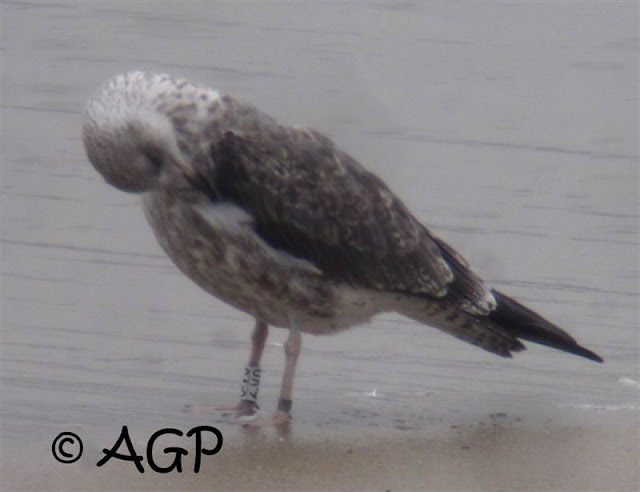 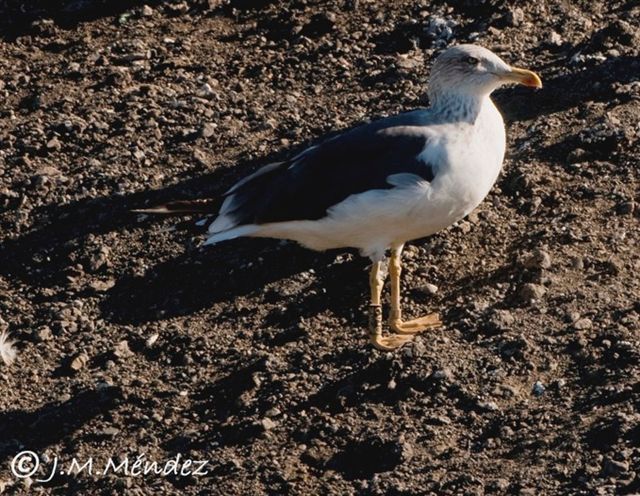 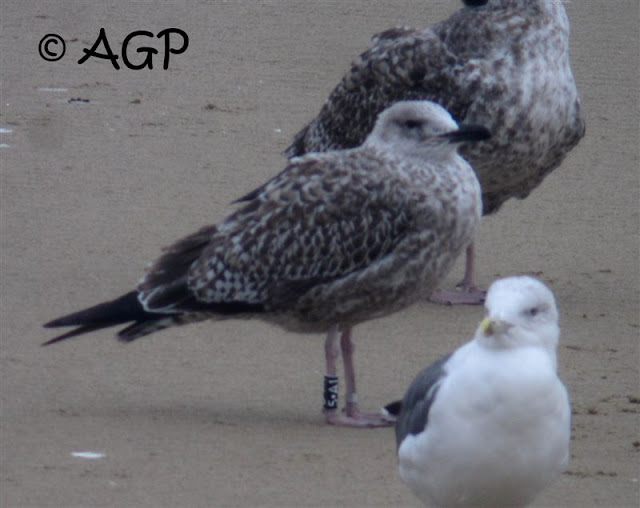 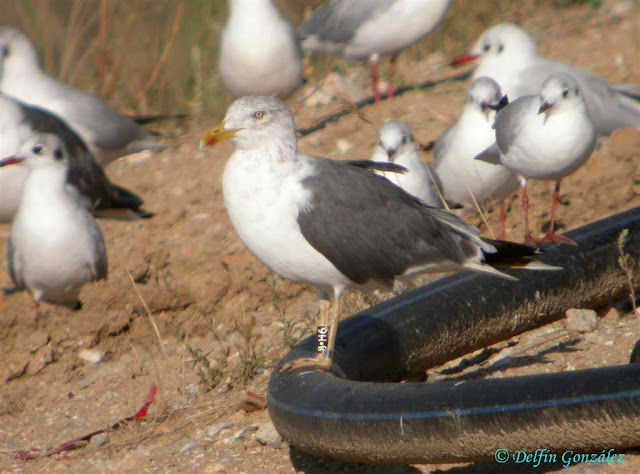 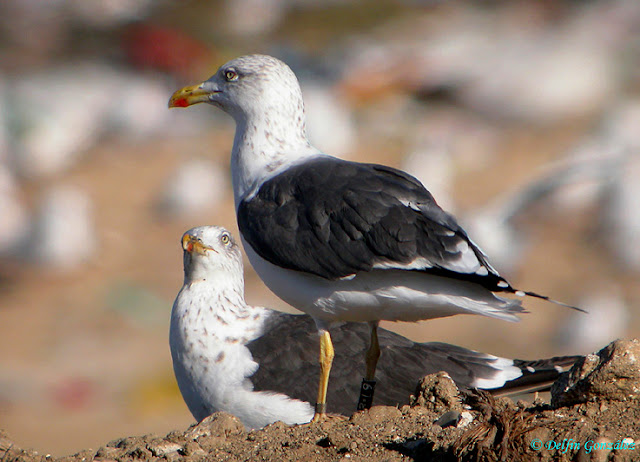 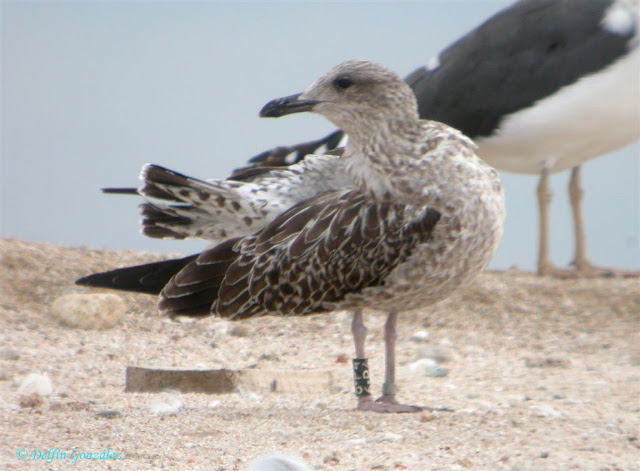