Following the recent outbreak of avian botulism amongst Herring Gulls in Guernsey, when over 100 gulls appear to have been infected, the GSPCA has made sterling efforts to rehabilitate those gulls which had the strength to survive the initial onslaught of the food poisoning. On 18 September eight Herring Gulls were colour ringed, and seven of these birds have survived to be released back into the wild. At lunch time today Catherine and I returned to ring a second batch of seven Herring Gulls and one adult Great Black-backed Gull, which are all recovering well now, and should be due for release soon.

It is hoped that by colour ringing these gulls data will be gathered on the survival rates for these birds once released. Our thanks to Yvonne and the hard working staff at the GSPCA for the countless hours of care which they put in to rehabilitating a range of wild birds in Guernsey! 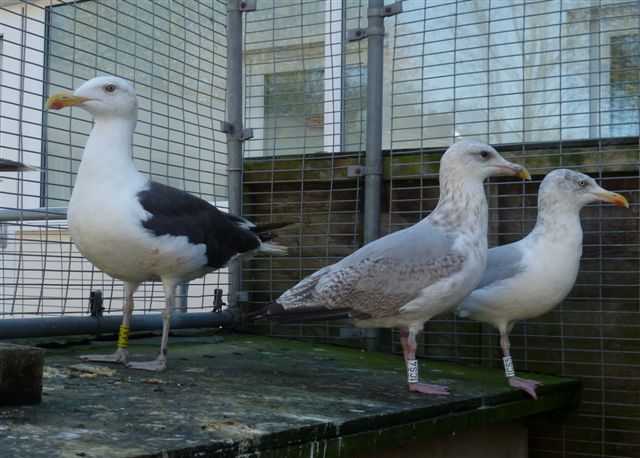 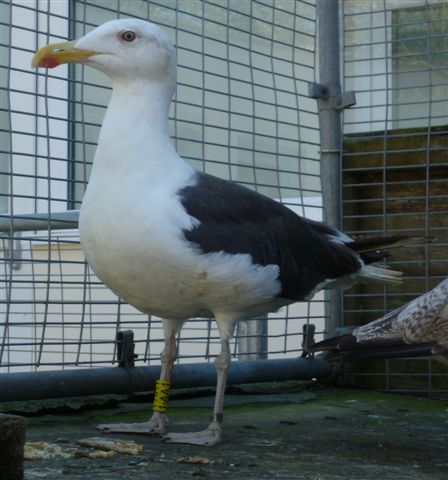 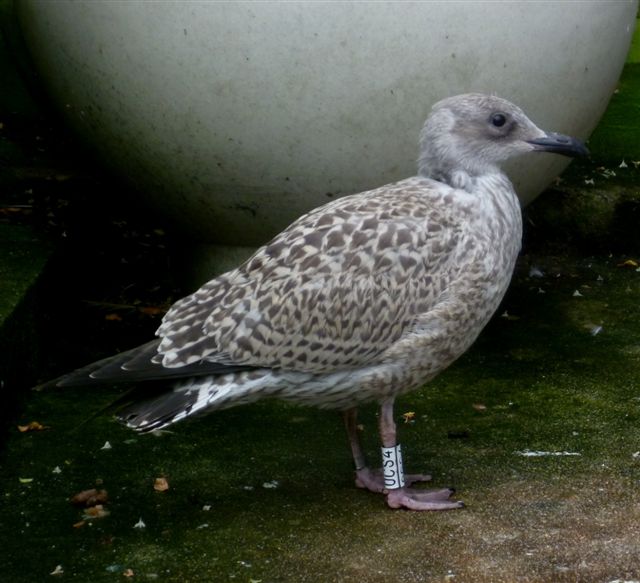 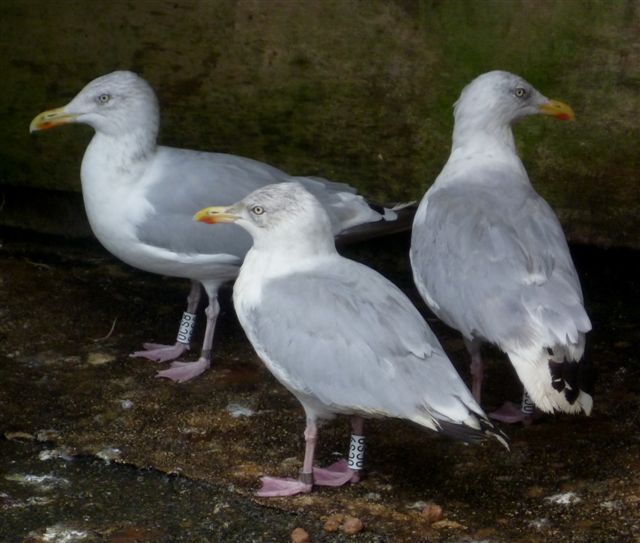 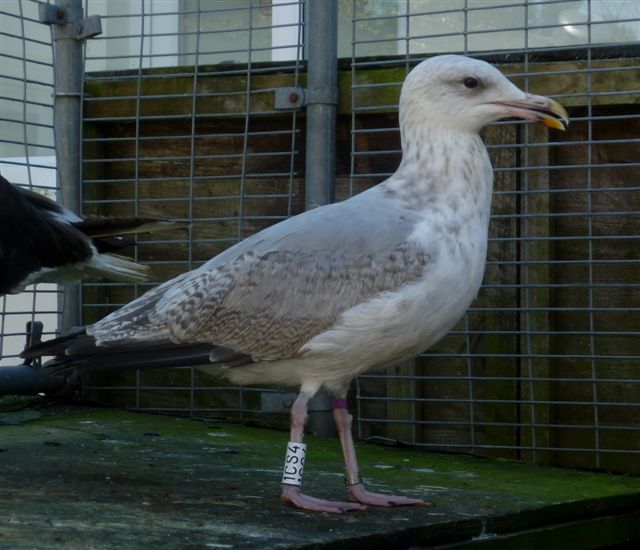