Some good fortune this morning enabled me to read two metal ringed Lesser Black-backed Gulls at L'Eree Beach - both were immature birds which had been ringed as chicks (Jersey D4677 in July 2009) and Jersey D5504 in July 2010) on Burhou, Alderney. Both chicks had been too small when ringed to take a colour ring. It was great to record these immatures still near their natal colony in October!
Other highlights this morning included another juvenile Great Black-backed Gull from Chausey Islands, Manche, France (Green K.72), and eight of my locally colour ringed LBBGs. 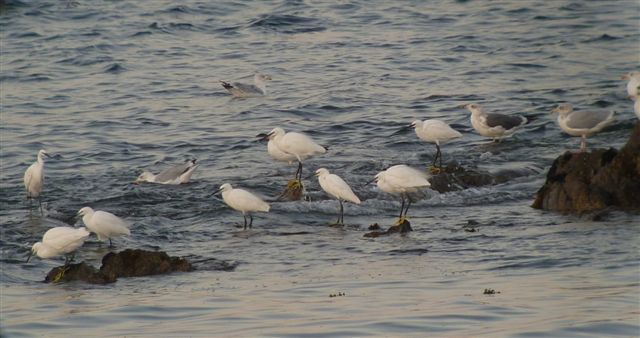 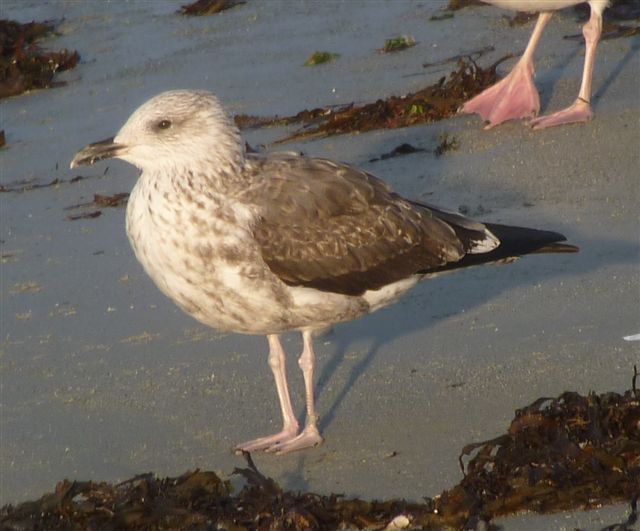 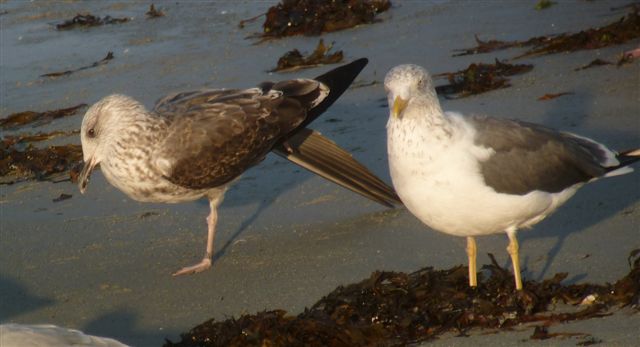 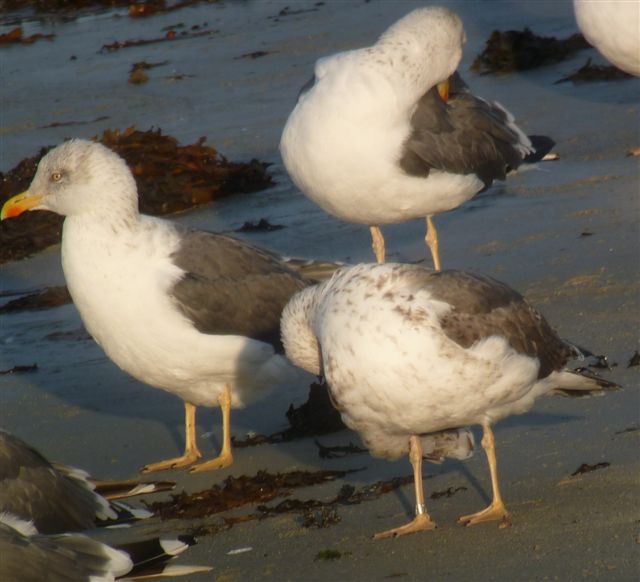 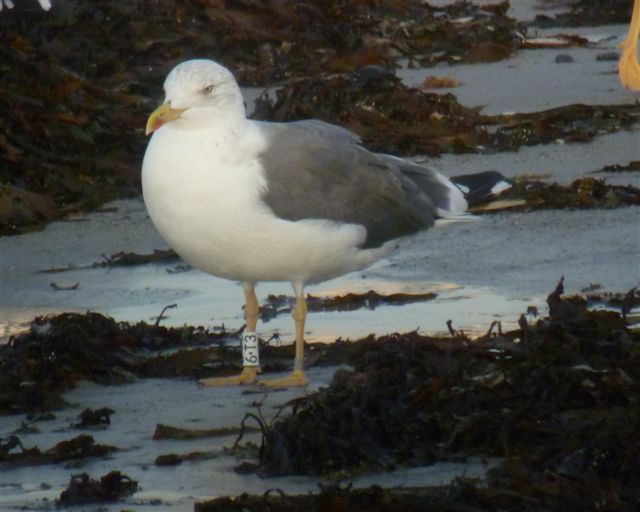 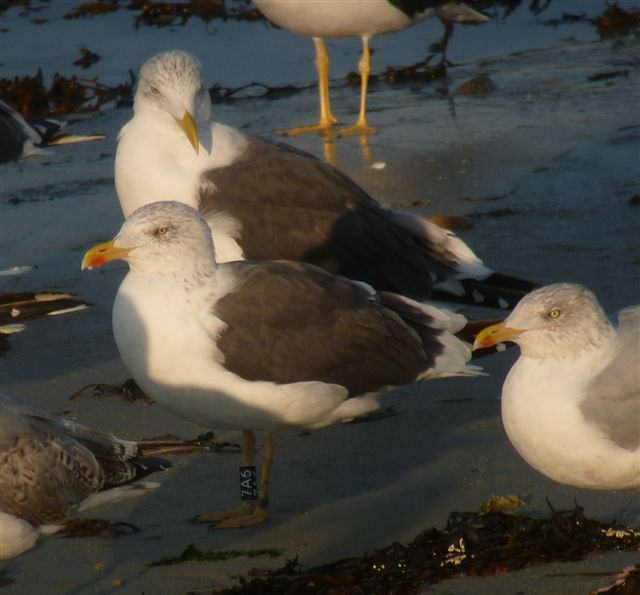