More Sex on the Beaches

There was plenty of courtship and mating taking place with both Lesser Black-backed and Herring Gulls again this morning on the beaches. This can be particularly valuable to observe as it enables me to identify a few pairs in which both birds are colour ringed.  One such pair this morning was LBBG Black 3AK5 (male) and Black 9AF3 (female). Both were ringed in May 2012 at Chouet Landfill and both birds were recorded separately in France last autumn/winter: Black 3AK5 in Vendée in October and Black 9AF3 at Deux-Sevres in December. The mating also confirmed that the birds were correctly sexed on head and bill length when ringed. 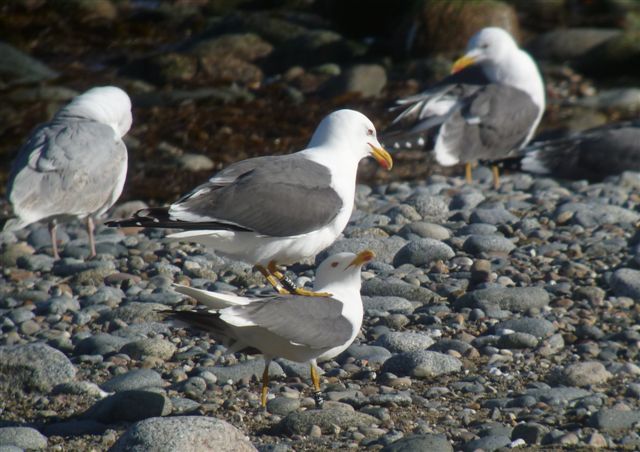 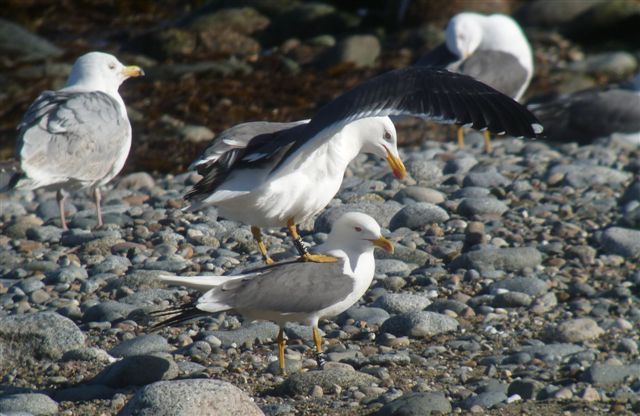