Some Interesting Sightings and Lots of Cr Gulls on Beaches

In recent days I've had the first report of a Guernsey-ringed Lesser Black-backed Gull recovered in a  breeding colony in The Netherlands. Black 1AK9 was ringed as a 3rd calendar year female on 22 May 2012 at Chouet Landfill. It was then seen on 2nd August 2012 at Esmelle Beach, A Coruna, Spain. Unfortunately it was a traffic casualty at Maasvlakte, South Holland on 28 May 2013. This is the first time one of our Guernsey-ringed birds has been reported from another breeding colony in The Netherlands. Presumably the bird was migrating through Guernsey in May 2012. 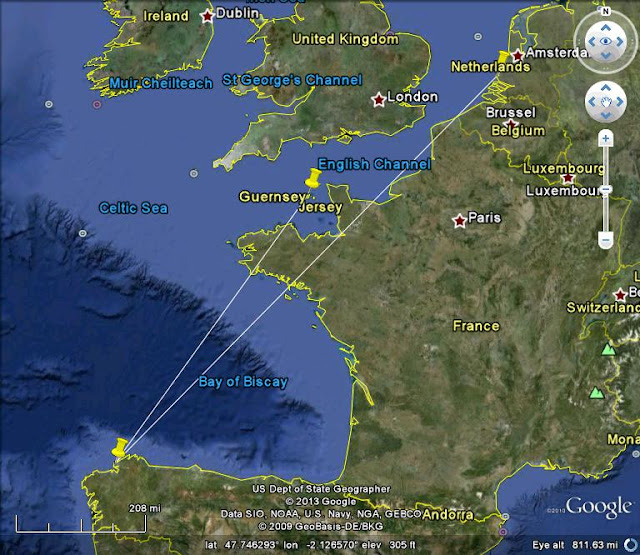 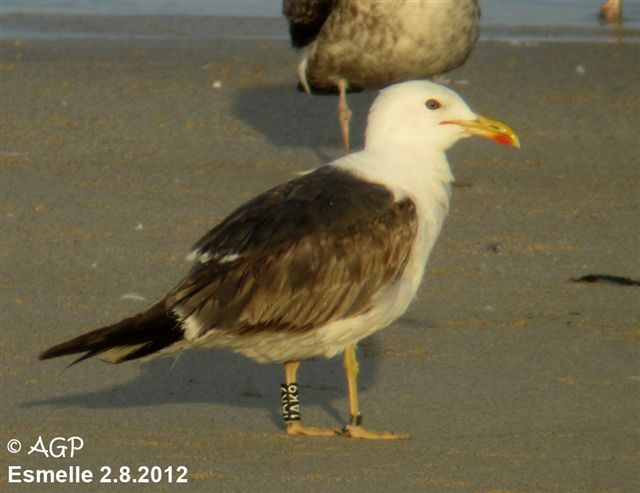 LBBG Black 1AK9 at Esmelle, Spain (c) Antonio Gutierrez
Yesterday Yves Dubois reported GBBG Yellow 0.JJ6  from a reserve in Somme, France. This is the furthest north-east that one of our GBBGs has so far been observed. This gull shows very well how many GBBGs from the Channel Islands wander around the English Channel before reaching maturity. 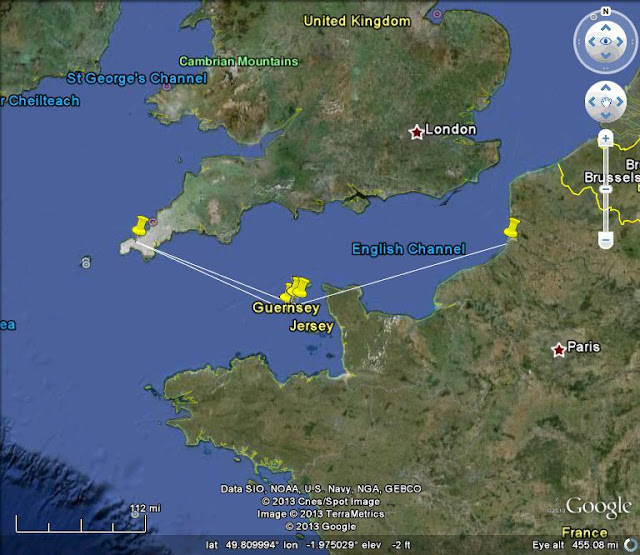 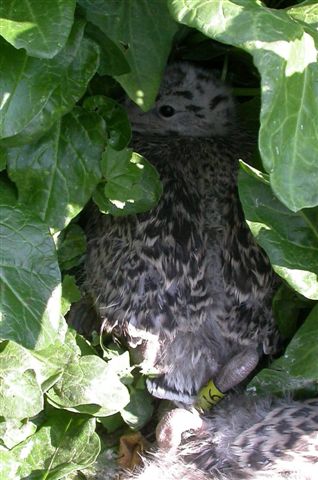 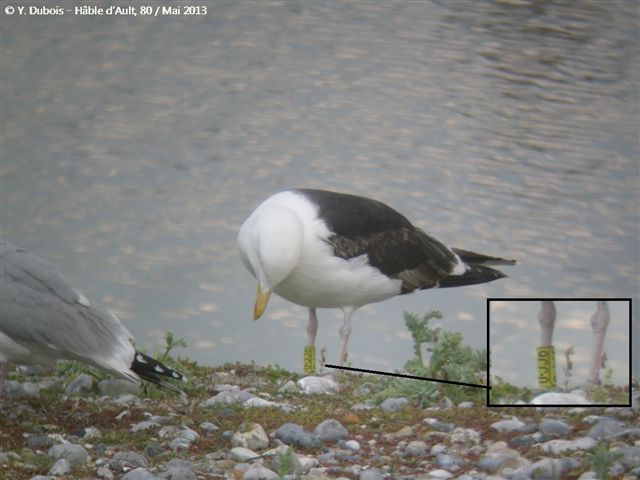 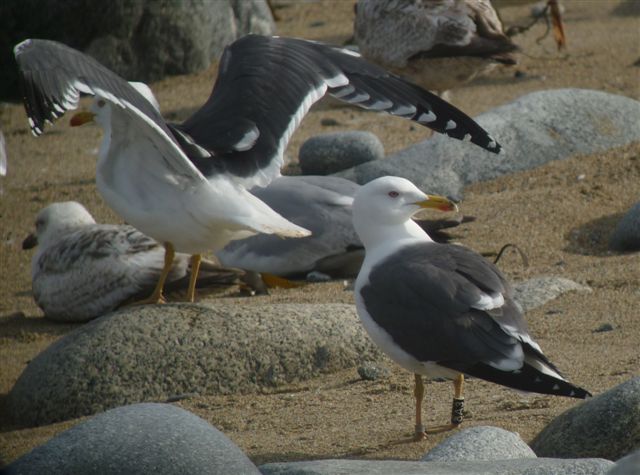 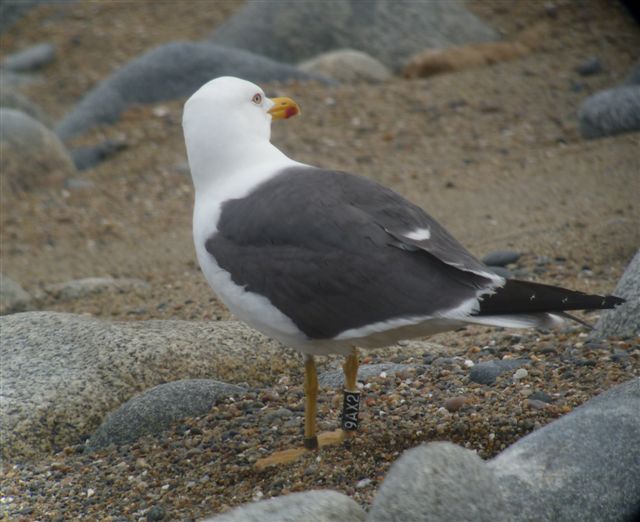 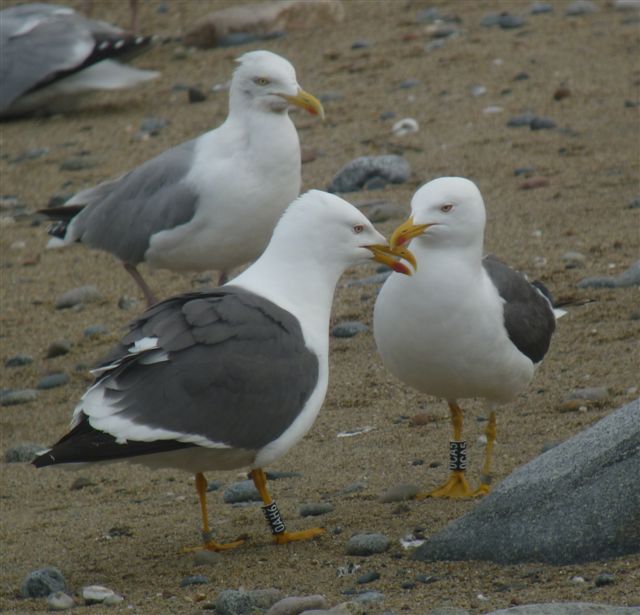 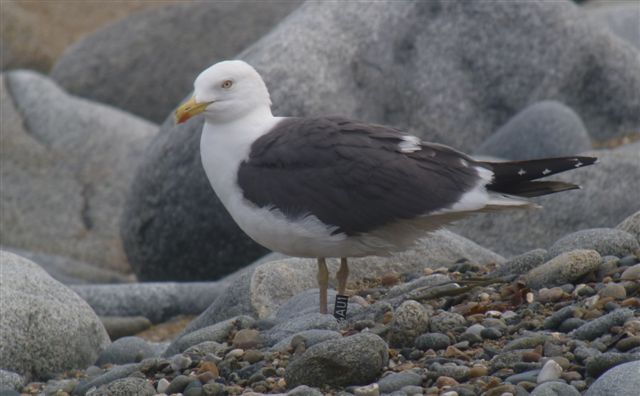 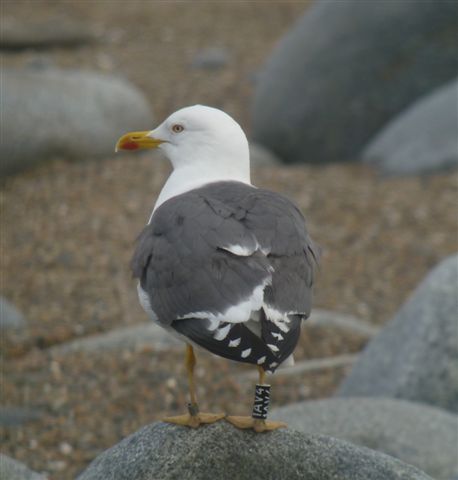 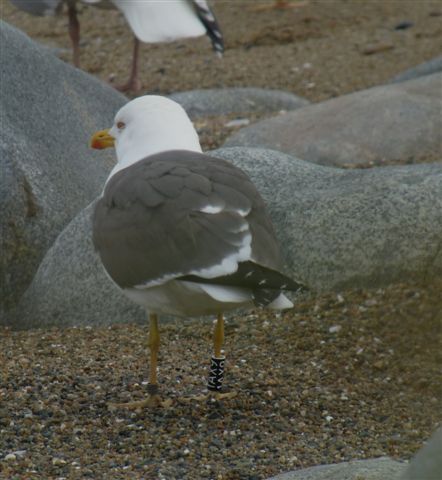