I finally got back into the field in Guernsey today...and there was a distinctly "Northern" feel to the gulls at Chouet with 250+ Great Black-backed Gulls, including 22 colour-ringed birds (mostly local birds, but also two French, three English and one Norwegian). The Norwegian bird was a first winter, ringed as a chick north of Bergen (Hordaland) in June 2013, and then seen previously at Skegness, Lincoln in August 2013.
There was a also a 1st Winter Glaucous Gull - my first in Guernsey this year! 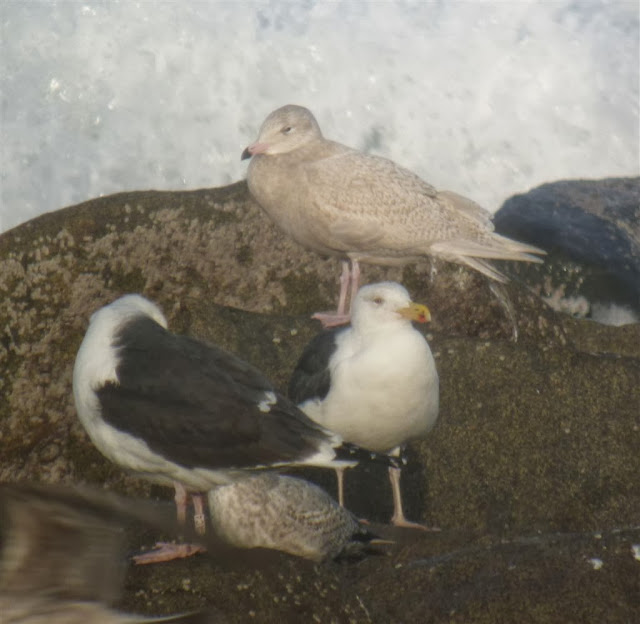 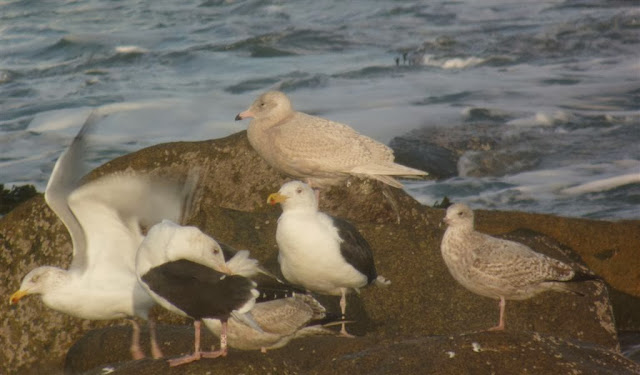 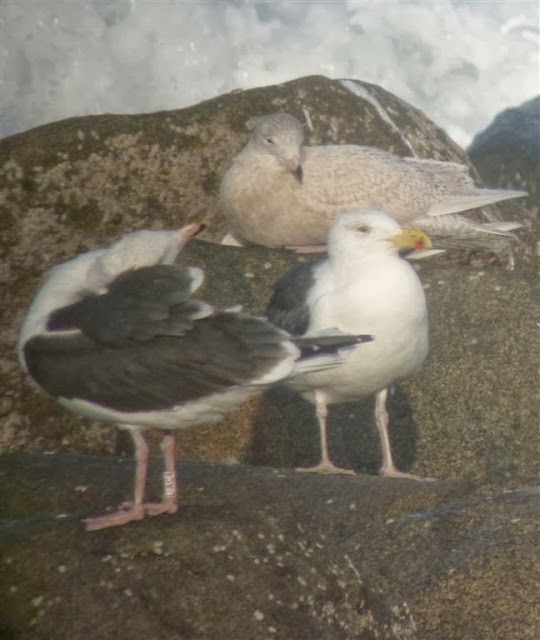 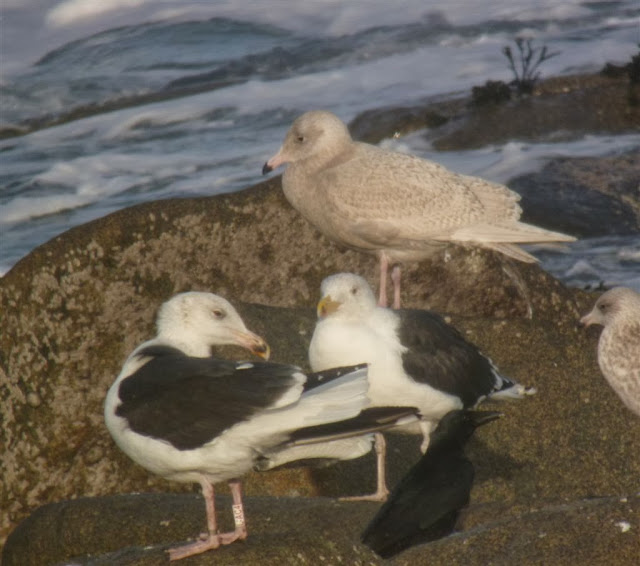