During my week in Morocco earlier this month, I was fortunate to see nine of my own  colour-ringed LBBGs from Guernsey. However, thanks to prompt replies from Roland-Jan Buijs and Eric Stienen (respectively), I have just learnt that I saw some other “familiar” gulls at Anza. Remarkably I had observed two of the gulls (one from The Netherlands – Black 9.8 and one from Belgium –Blue UJAC) in September 2013 in the Algarve, Portugal. What are the chances of this?!
Less surprising, given LBBGs known winter site fidelity, I have also discovered that many of the gulls seen this December (including three Guernsey birds) had been seen by me at the very same site (Anza) either in December 2010 or 2012 (or both!).


It really is remarkable to meet up with the same gulls so far apart on the globe! 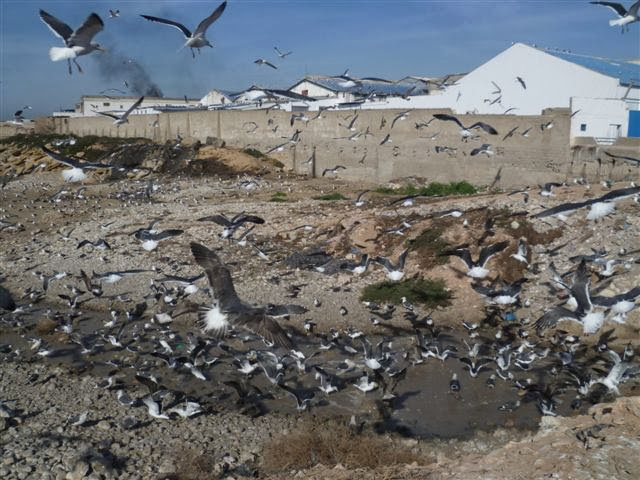