Jenni from AWT has kindly sent a few photos from last weekend's seabird monitoring on Burhou. The Storm Petrel work requires working through the night, as these small ocean wanderers only come ashore after dark. It's hard to overstate just how important this survey work is because we don't really know much about the population on Burhou - other than it is significantly larger than we thought...and we don't really know how to best conserve and protect the petrels yet! The size of Swallows these tiny seabirds can ride out the fiercest storms and gales that Mother Nature can throw at them. It's another stunning example of just how amazing our natural world is!
Over two nights we caught 536 different Storm petrels, including 147 birds that had been ringed in previous years (thus giving even more valuable data). Amongst the ringed birds there were also a few British and French-ringed petrels.  All in all it was a very valuable short field trip. 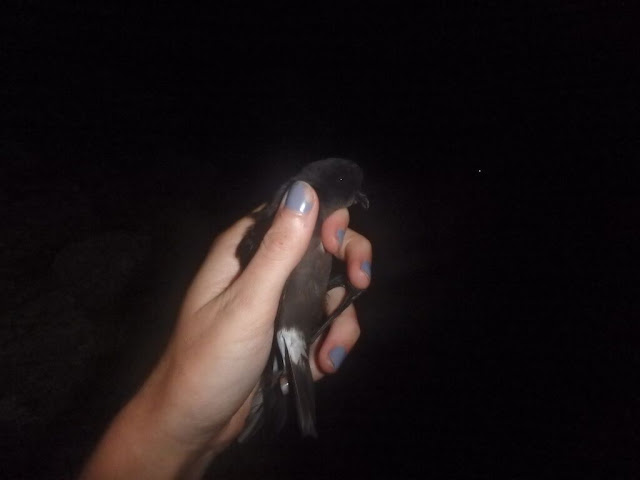 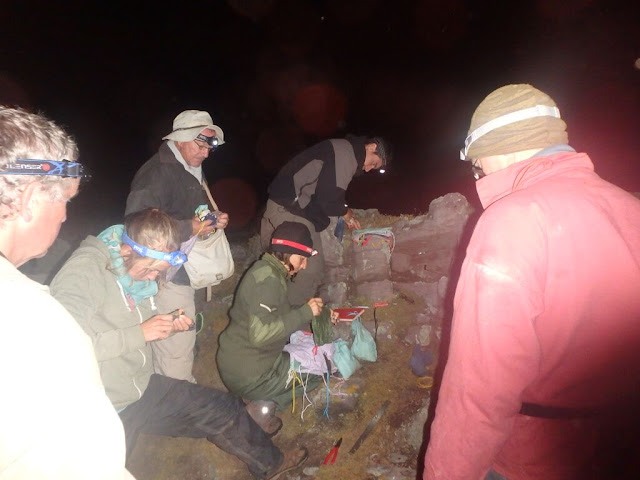 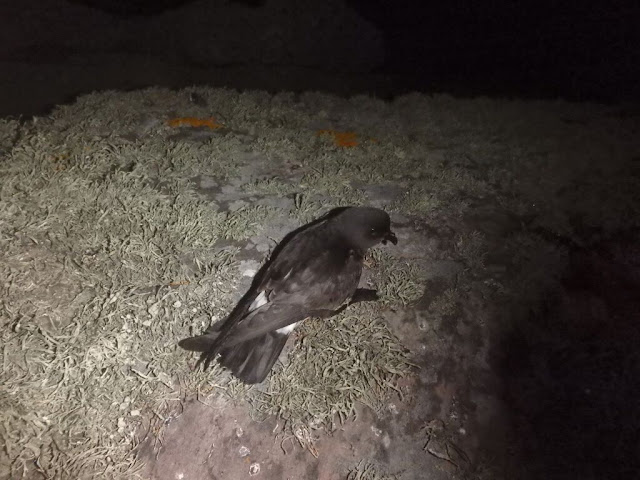