As many gull watchers will know the Norwegian ringing scheme's computer database of colour ringed birds is truly outstanding. News of the colour ringed birds seen quite literally comes with the click of the computer mouse. Equally impressive is the fact that the system automatically informs you if one of the birds you have seen is re-sighted. This must add a further boost to observers to report their colour ringed bird sightings - something all of us ringers would surely wish to encourage.

Anyway...news in today was of a Great Black-backed Gull ringed as a chick in southern Norway  (Mandal, Vest-Agder) on 28 June 2008 (Finn Jorgensen), which I saw on Vazon Beach, Guernsey on 22/01/09. This immature gull has now been seen (22/04/10) at Anse de Guillec, Plougoulm, Finistere, France (Jean-Yves Provost).

just in case some of you may think that I am a little anti-dog - because I sometimes refer to the gull flocks I am watching being disturbed by dog-walkers...let me put the record straight. I grew up with dogs and have a real affinity for them. For the past three weeks we have hosted a friend's Border Terrier, which has increased my levels of fitness considerably as I have taken him for many walks. However, he goes back early next week...and we will all miss him! After he goes back you may find me grumbling about dog-walkers disturbing the gull flocks again...if so...apologies in advance! 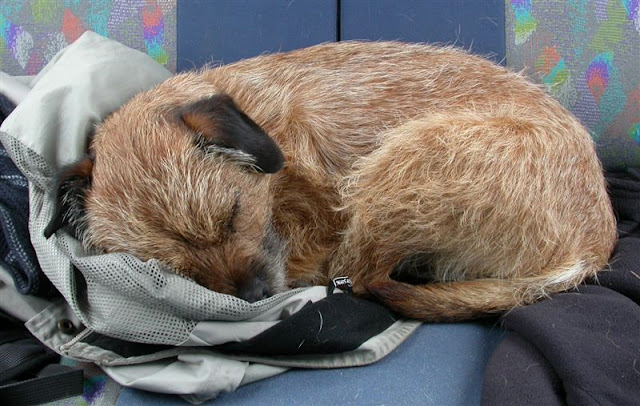