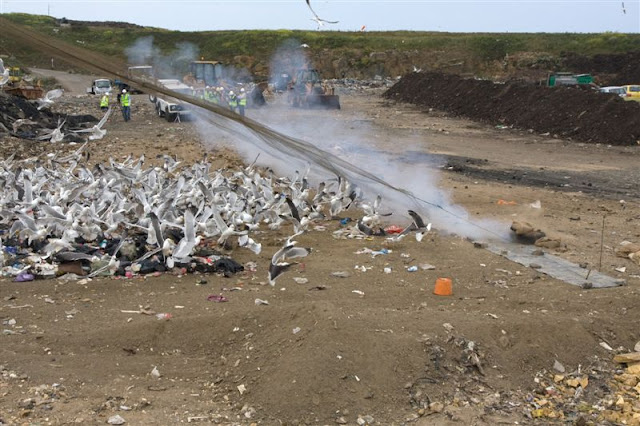 Catching Gulls at Chouet Landfill
Thanks to the hard work and dedication of Paul Roper, six other members of the North Thames Gull Group and the Guernsey Seabird Team and supporters, we managed to catch, ring and release just over a thousand large gulls (184 Lesser Black-backed Gulls and 824 Herring Gulls)at Guernsey’s landfill site over two days. This fantastic effort will now provide much valuable data on the Bailiwick of Guernsey’s populations of Herring and Lesser Black-backed gulls for many years ahead. This is very important especially as major changes in our gull populations and behaviour can be expected as the island moves away from the land filling of organic waste in the near future.
A fuller account and some photos will be posted in due course....once we have got our breath back!
Posted by Guernsey Gulls at 08:59