A Misty Morning But Not Without Excitement

In complete contrast to the scorching sunny weekend, it dawned grey, misty and cool today. Chouet landfill Beach soon filled with gulls bathing and resting, and although returning Guernsey colour ringed Lesser Black-backed Gulls were once again thin on the ground, there was excitement with a Norwegian cr LBBG (Black J55U) and a LBBG ringed by Peter Rock (White red code F:N) as a chick in Bristol, England in July 2007 (which had been seen in Malaga, Spain in January 2009). 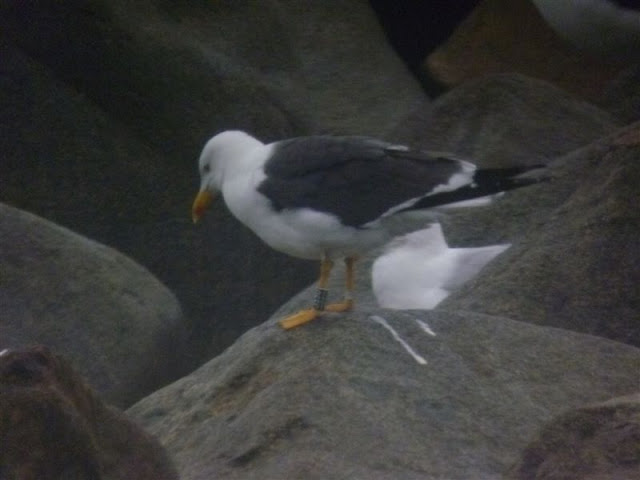