Over the past two days I have spent an hour or so each morning in Chouet landfill. Only two of the 31 colour ringed Lesser Black-backed Gulls recorded yesterday were new back for the year, but these included Black 2.C0, which was seen in the landfills around Madrid, Spain last August. Also seen briefly however was LBBG Blue DUK, ringed by the Severn Estuary Gull Group at Stoke Orchard Landfill, Glocs, England on 22/11/08. The only previous sighting of this gull was on the Isle of May, Scotland in May 2009.
There appeared to be few new arrivals at Chouet today, but I did manage a few more record photos of some of my gulls. 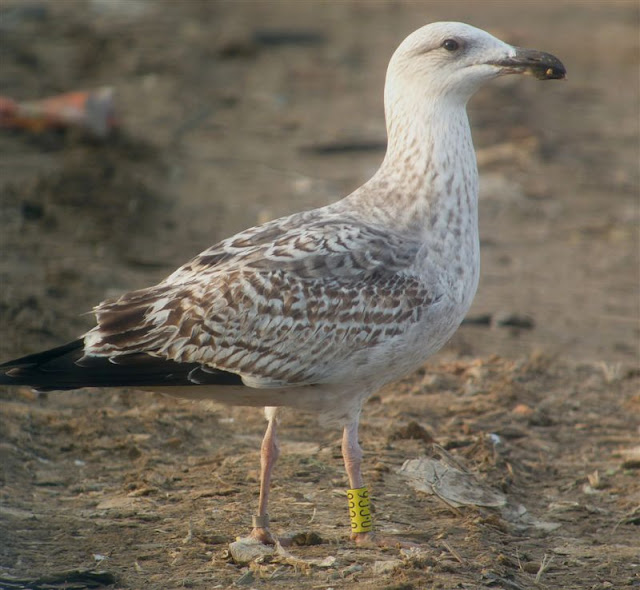 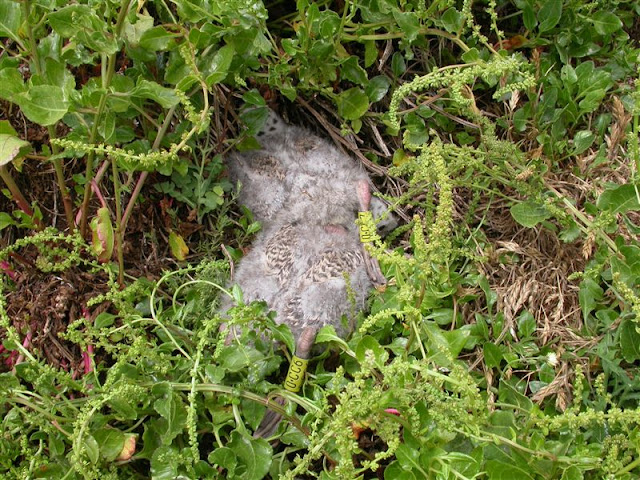 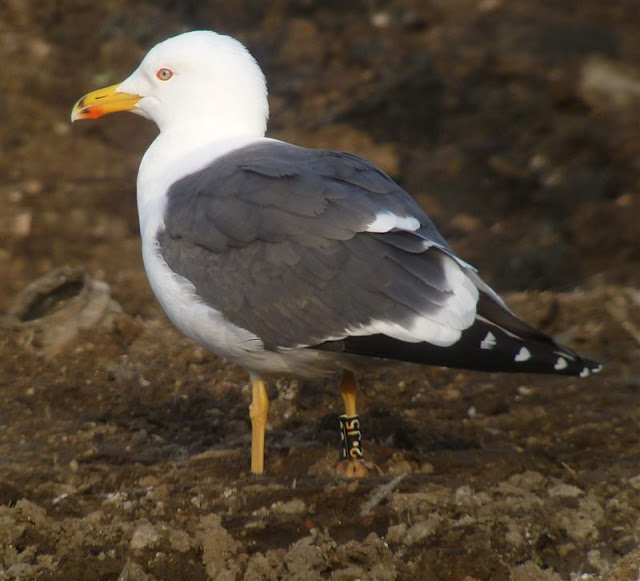 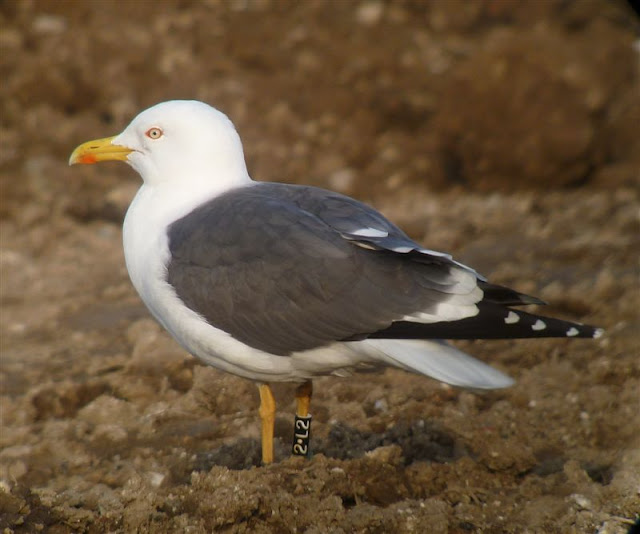 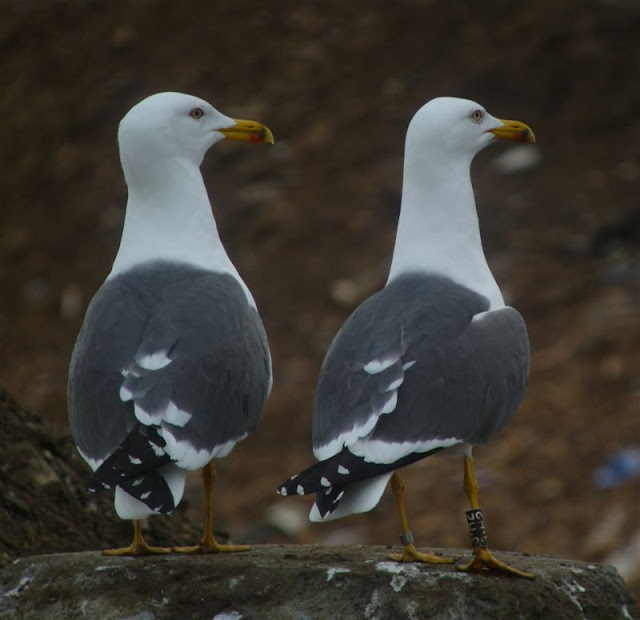 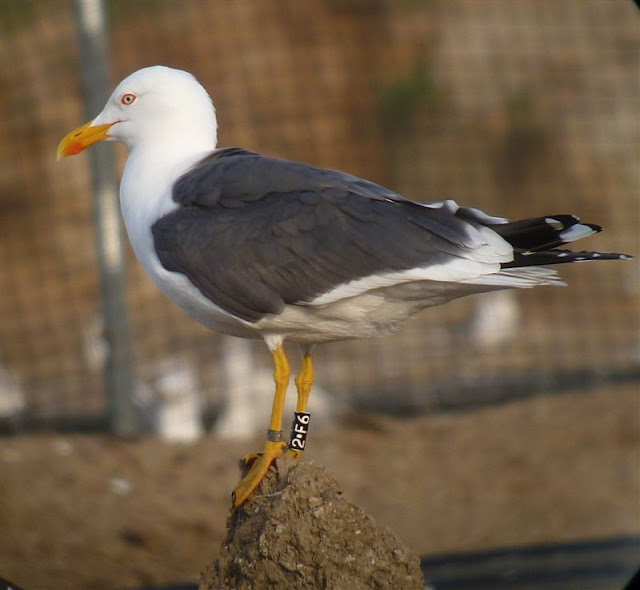 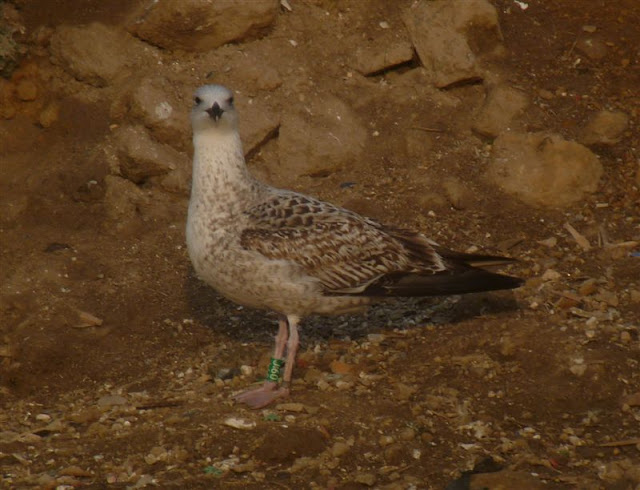