Catherine and I have just returned from the 11th International Gull Meeting, held in Zagreb, Croatia from 16 - 19 February. The meeting was very informative and successful, as well as being most enjoyable. I will make a separate posting about the IGM, but while we were there our host Luka Jurinovik teamed up with Paul Roper of the North Thames Gull Group to cannon net some gulls in Zagreb Landfill. On Sunday in two firings of the net we caught 80 gulls, including 12 Caspian Gulls and even more Yellow-legged Gulls, as well as Croatia's first ever ringed Lesser Black-backed Gull, an argentatus Herring Gull, some Common Gulls and Black-headed Gulls. This gave us a superb opportunity to see the range of plumages related to age and geographical area in some of these gulls.

For much better photos of a range of gulls on the landfill please visit the following link created by Mars Muusse on the excellent Gull Research Organisation web site. 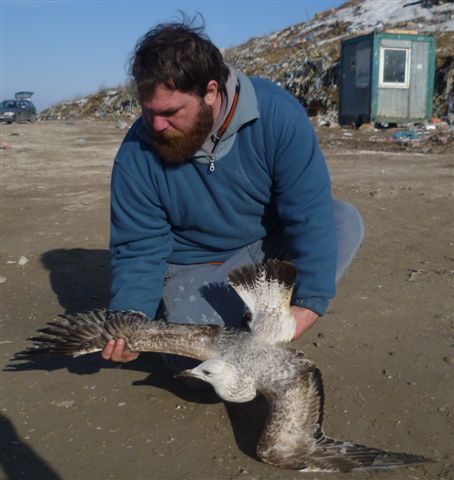 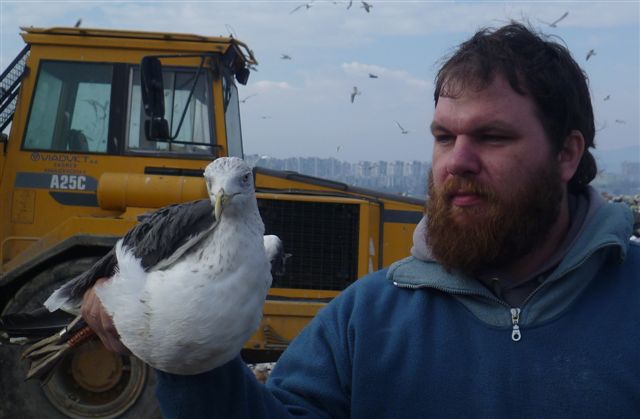 Luka with 1st ever ringed LBBG in Croatia 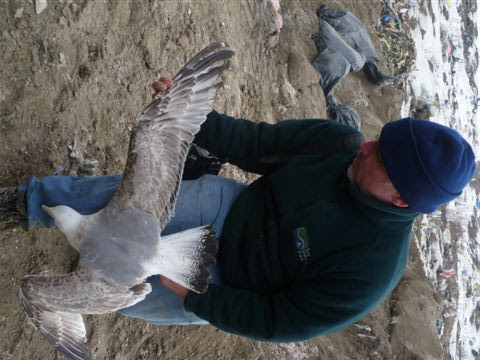 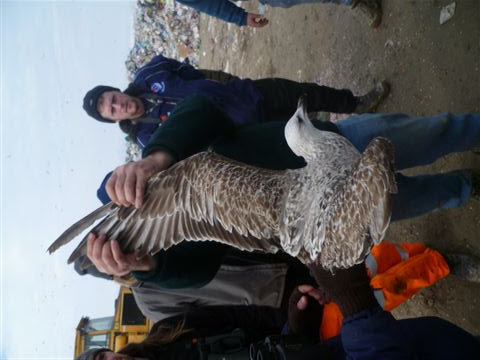 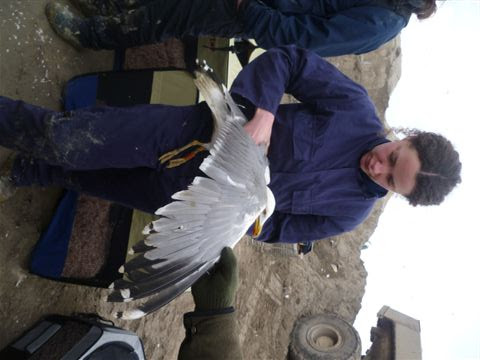 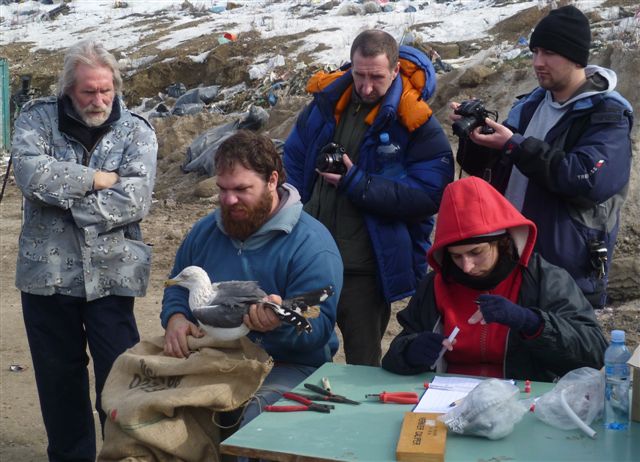 Luka with the LBBG 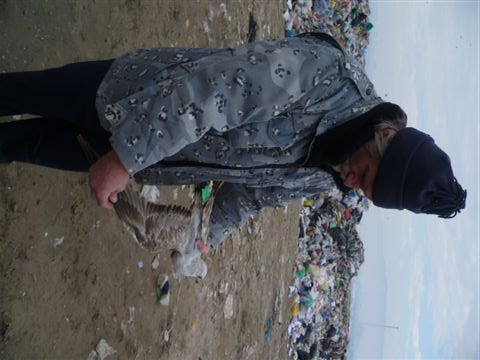