Another truly wonderful few hours at Chouet Landfill and Beach this morning resulted in another 100 colour ring reads of my Lesser Black-backed Gulls. Most of these gulls had already been seen in Guernsey this spring, but as is happening daily there was also a very nice number of new birds back for the breeding season. It was rather special to see Blue 956 and White 1.U1 paired again (as in 2011). I think Blue 956 winters mainly in southern England, whereas White 1.U1 is known to have wintered in Spain...but they were together again on the beach this morning! 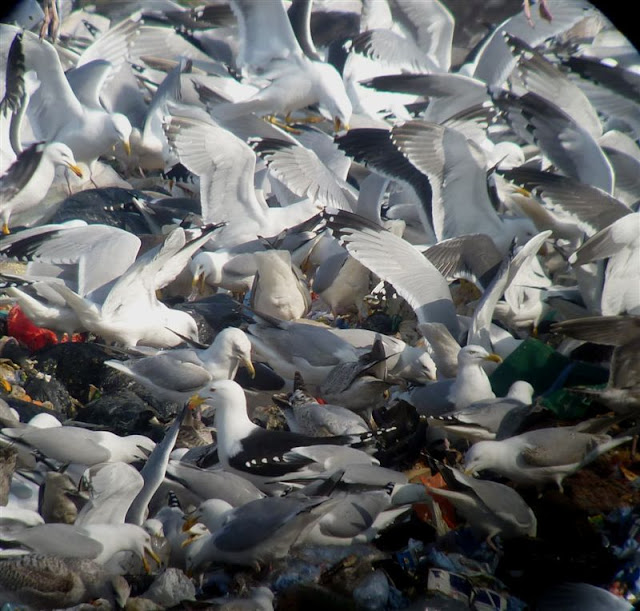 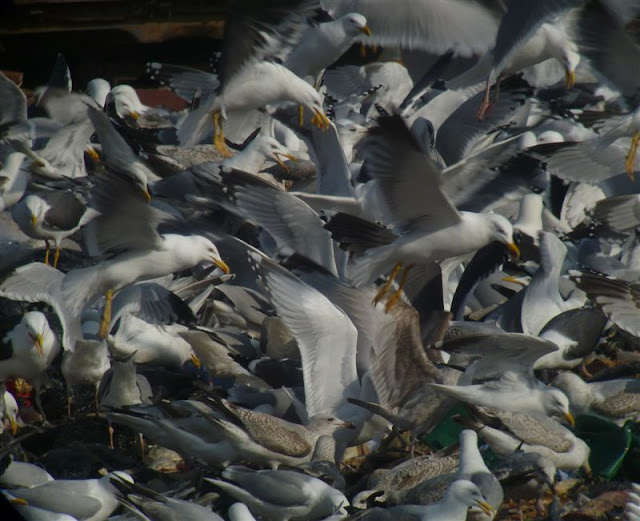 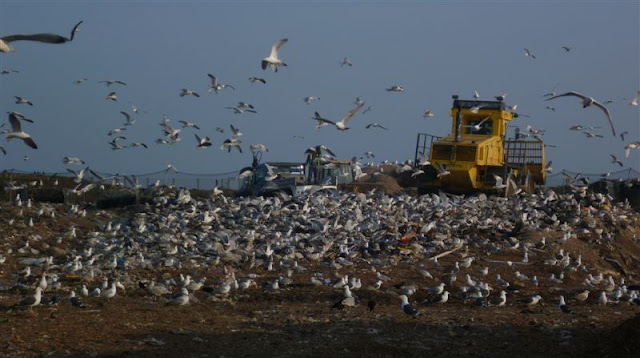 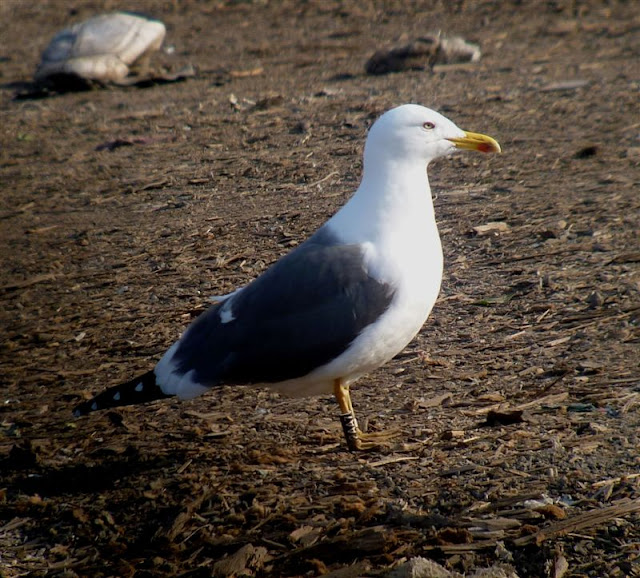 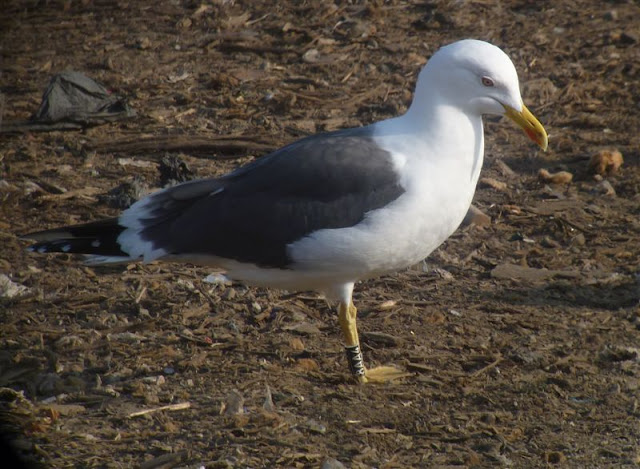 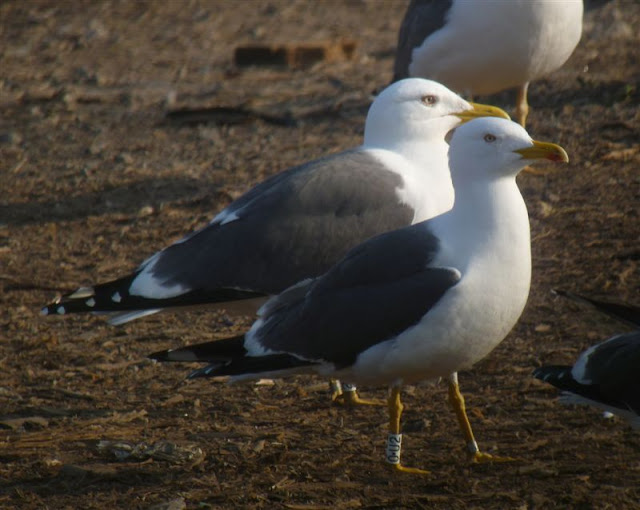 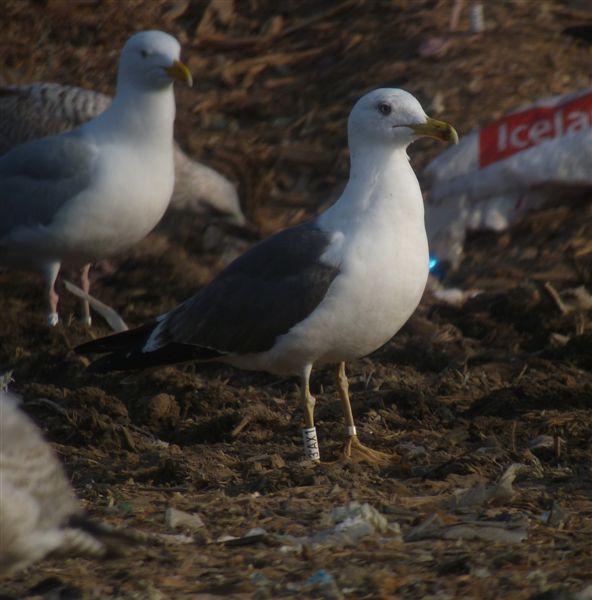 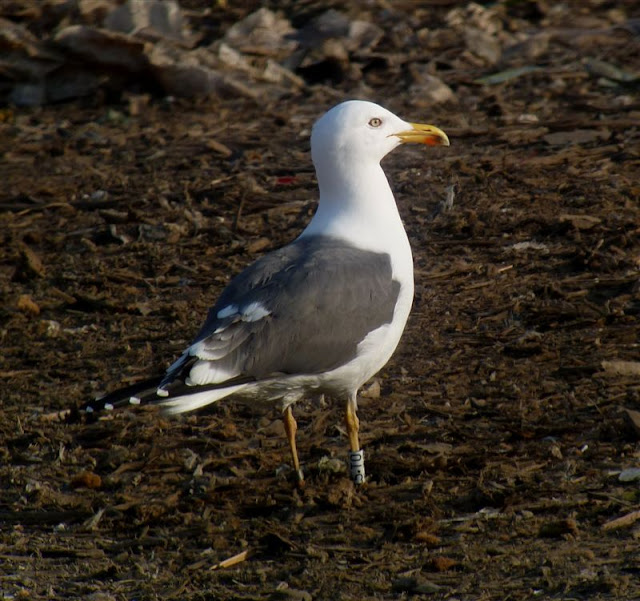 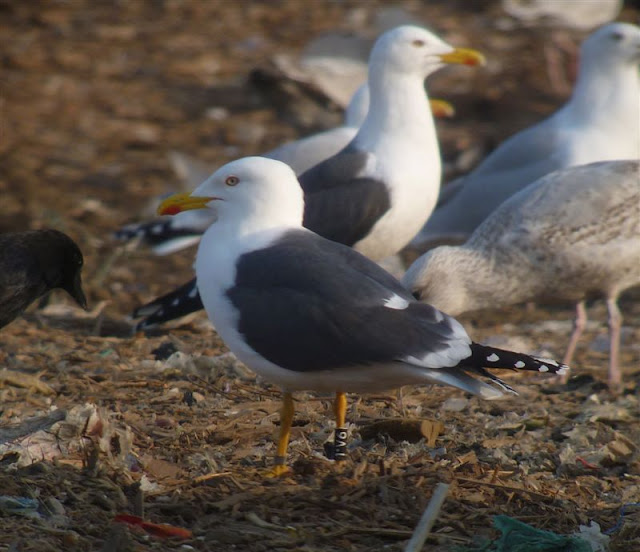 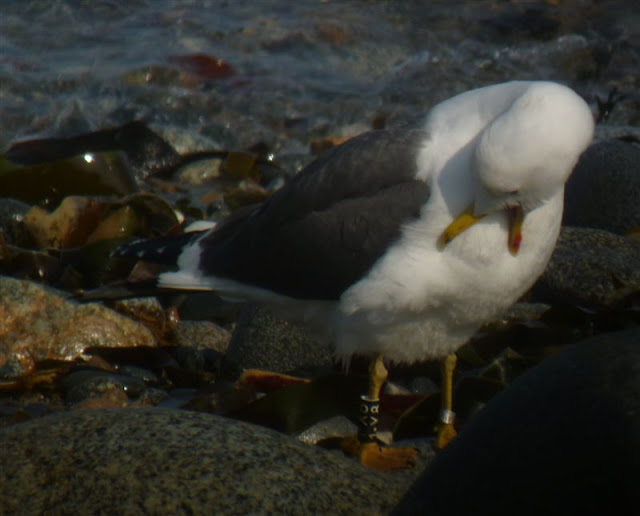 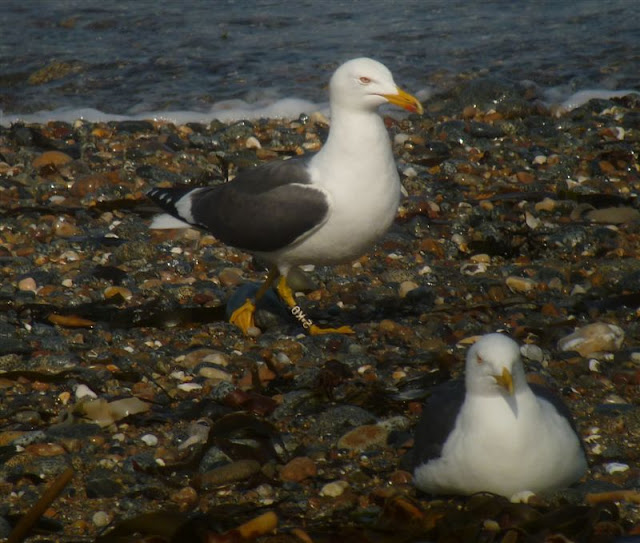 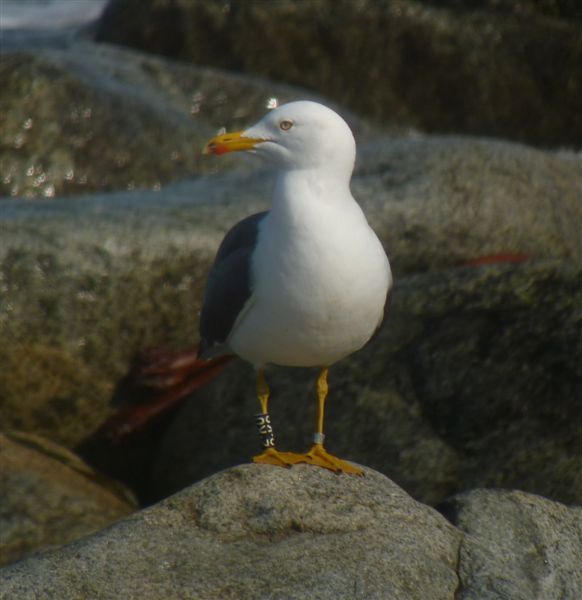 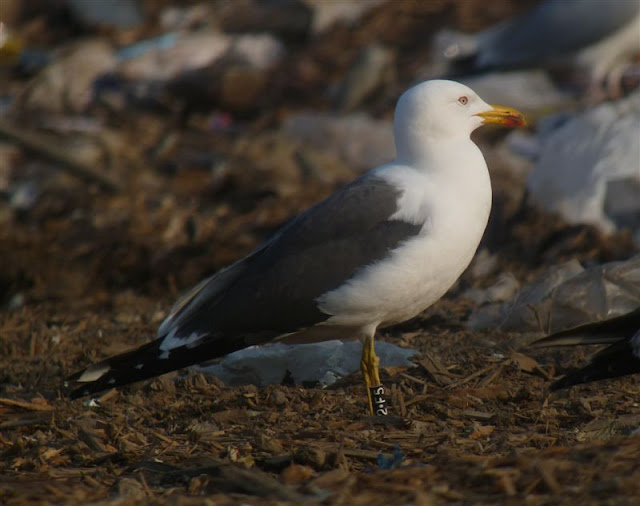 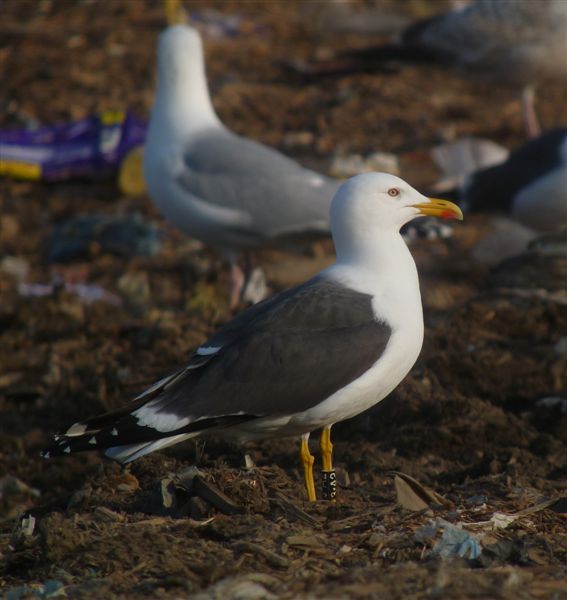 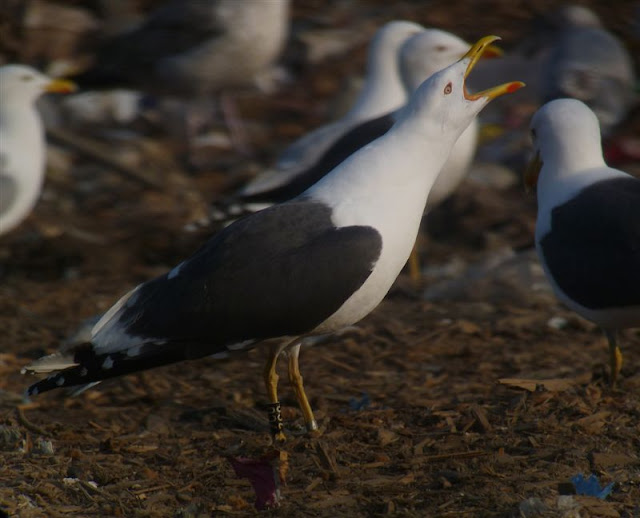 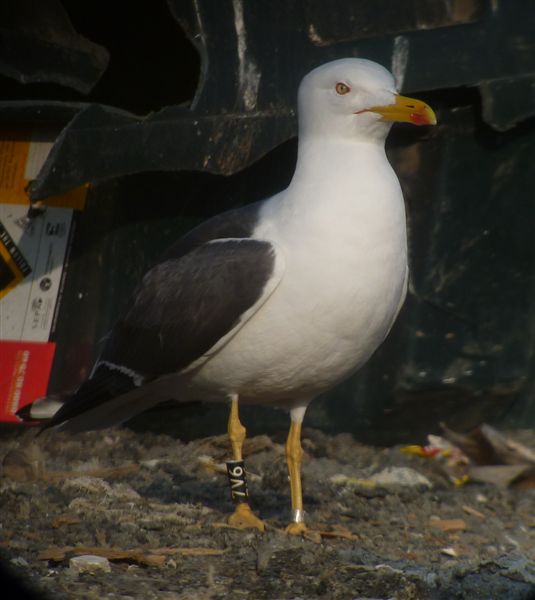 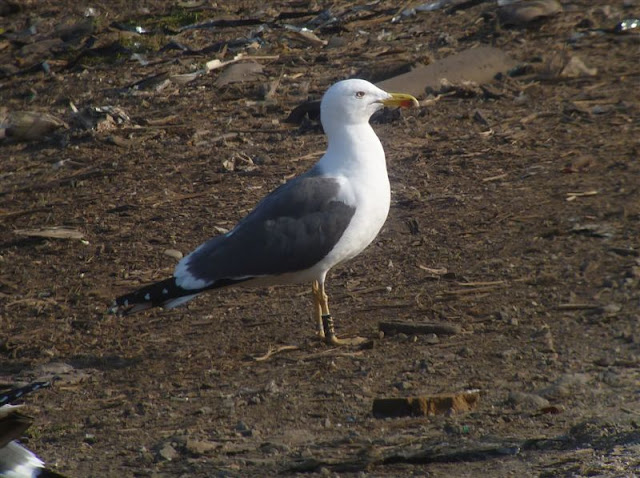 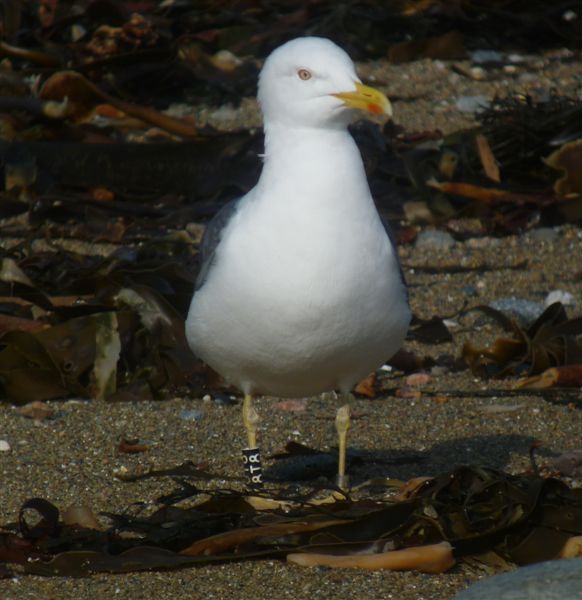 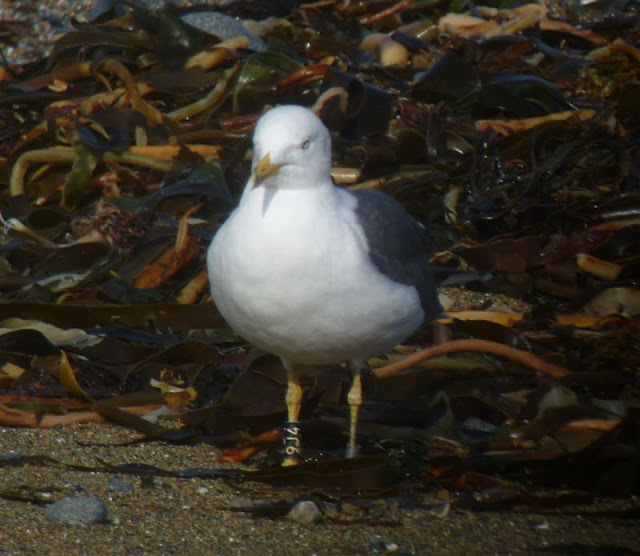 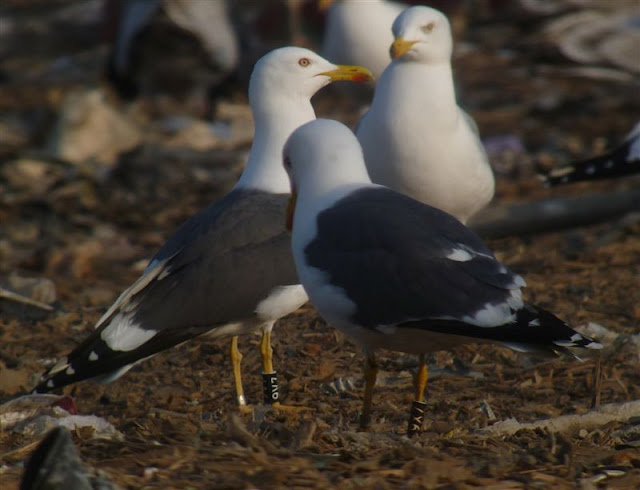 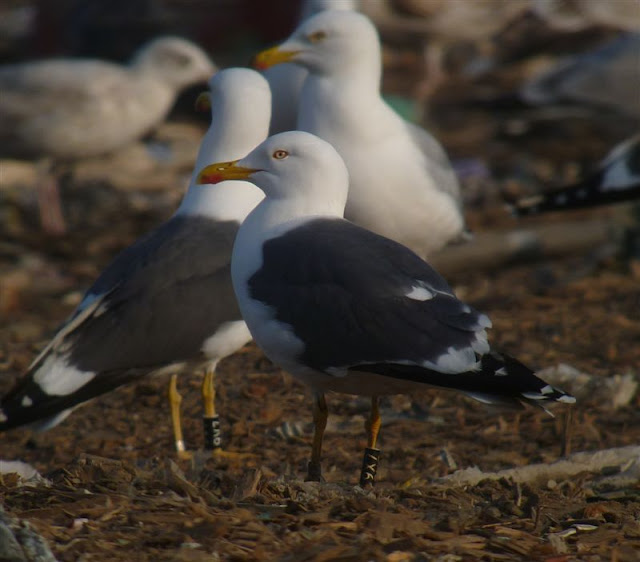