Amongst 70 rings read on Lesser Black-backed Gulls at Chouet this morning before work was a foreign metal ringed adult. Fortunately for me this bird, probably a male due to its size and dominant behaviour, claimed a position resting on a rock at close range. I managed to read the front four digits of the ring and a part of the address. Then, less fortunately, the recycling bins were emptied and the noise flushed the gull. I thought I’d lost this record...but within 15 minutes the bird was back on the same rock…albeit very briefly before it flushed again. However…my luck was in today…and I found it resting on another rock at close range for a few seconds enabling all but the final digit of the code to be read…so we should be able to narrow this bird down to within 10 gulls. I’m not 100% certain yet, but I think the words “cempa estado” on the ring indicate that this is a bird from the Portuguese ringing scheme. The number was MO2782-
This was all around a lucky morning because the fog was once again thick…and I feared that no ring reading would be possible. 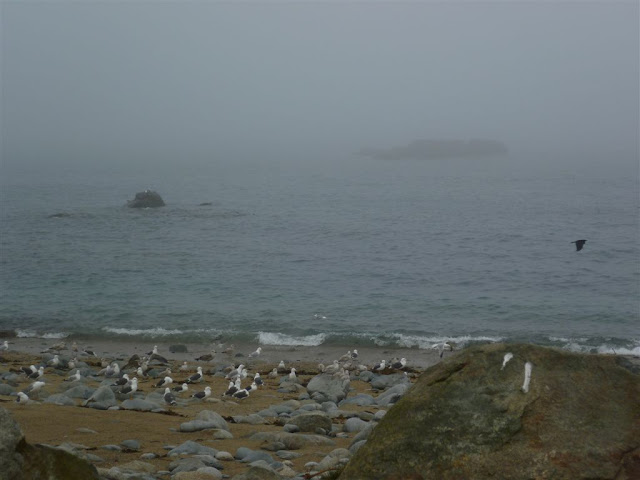 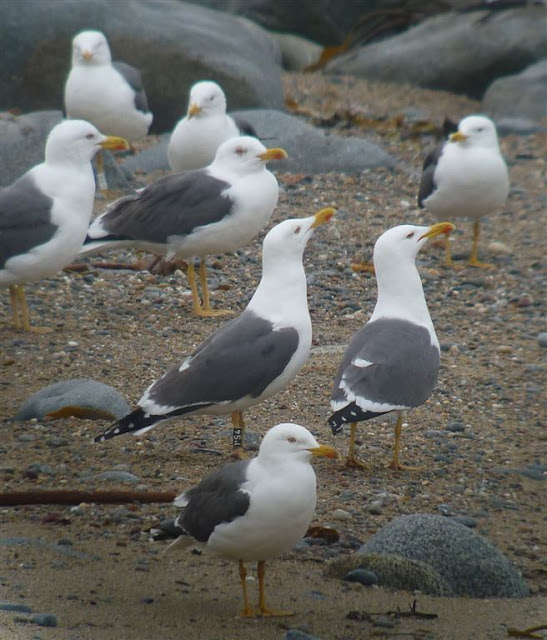 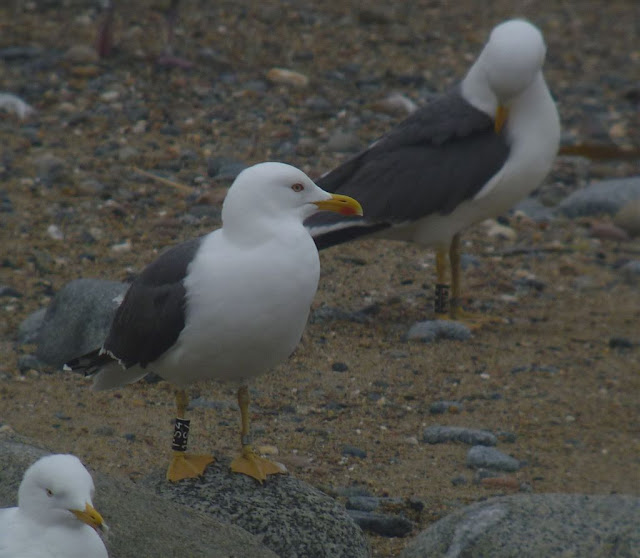 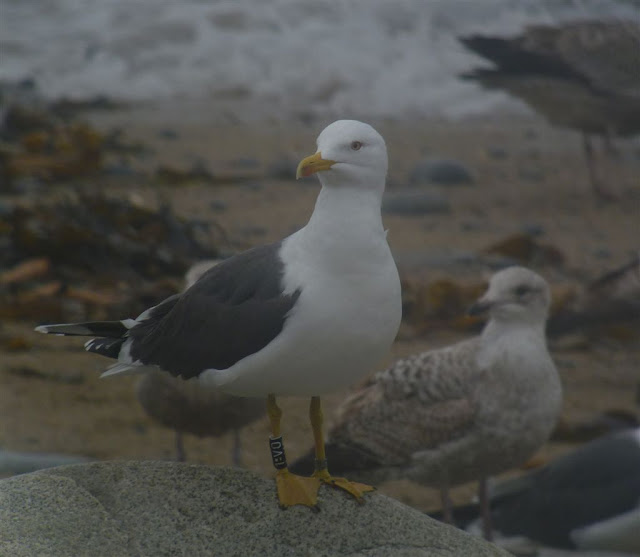 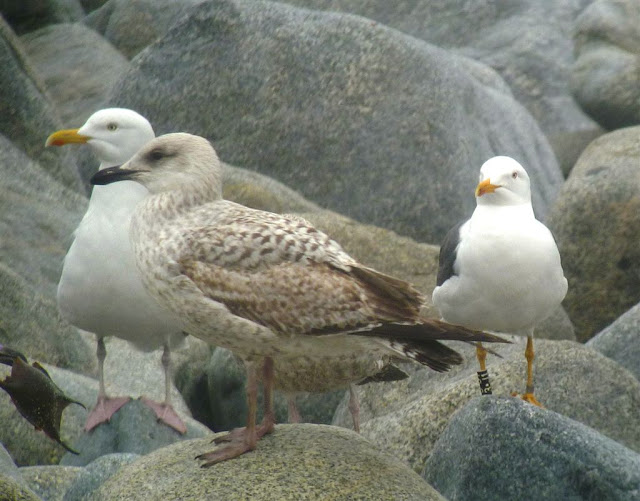 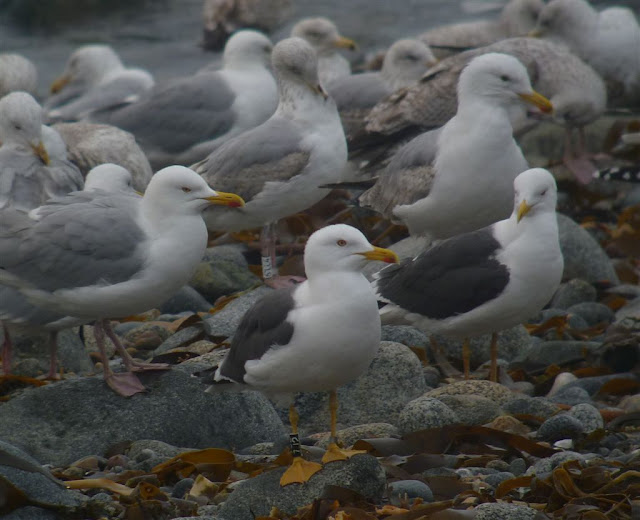 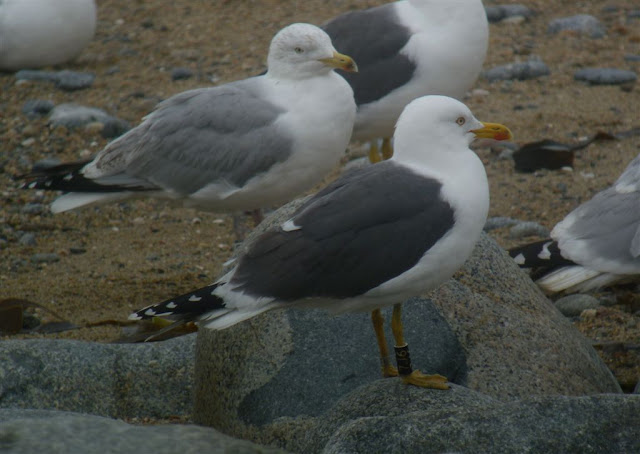 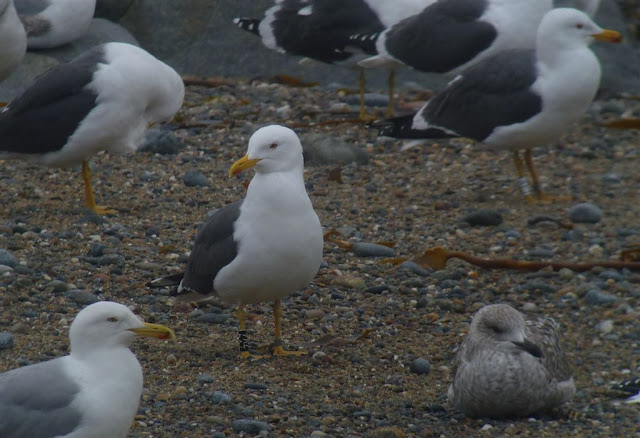 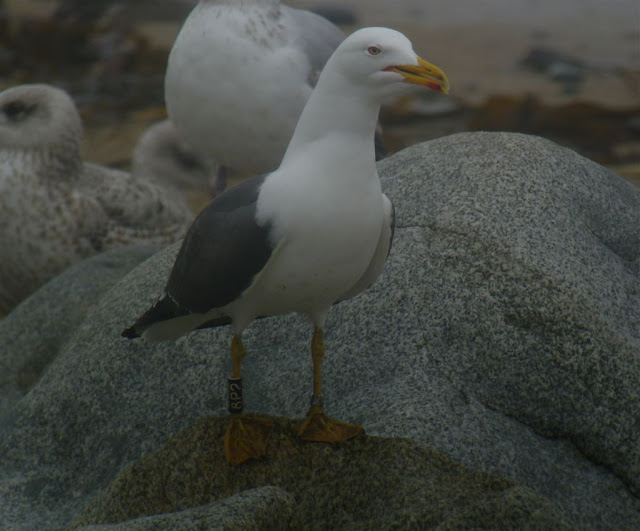 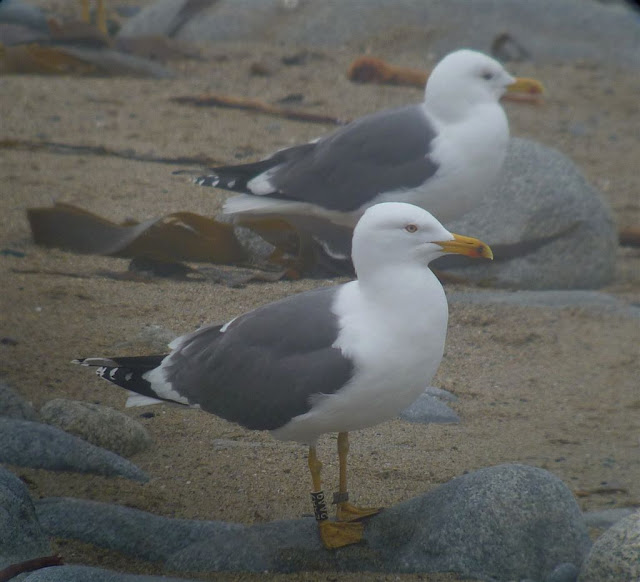 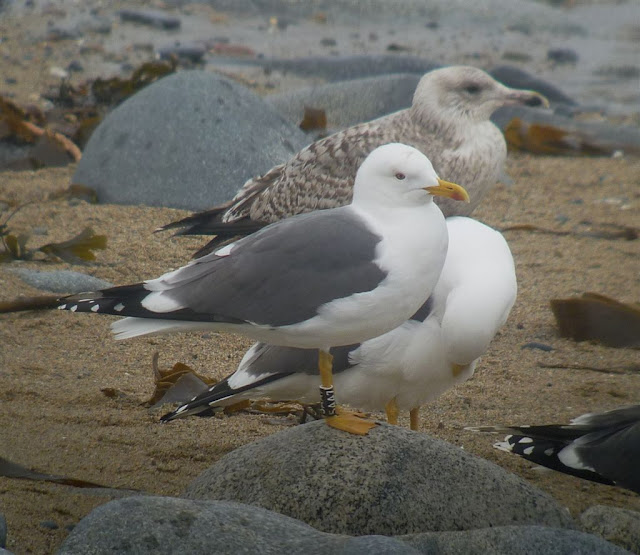 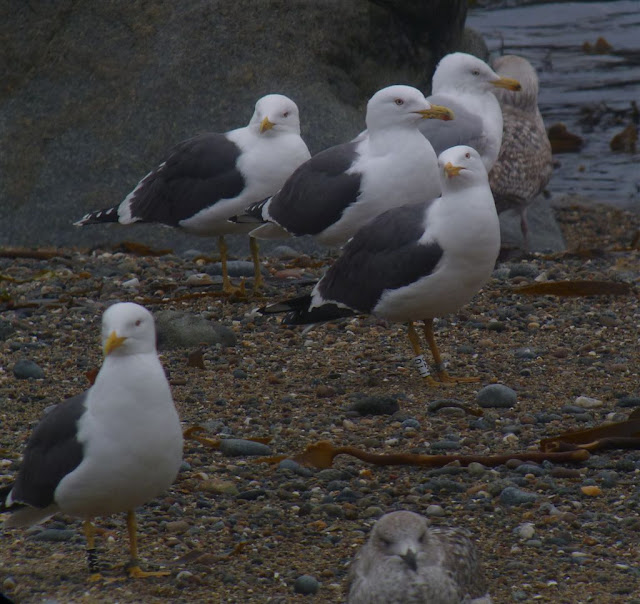 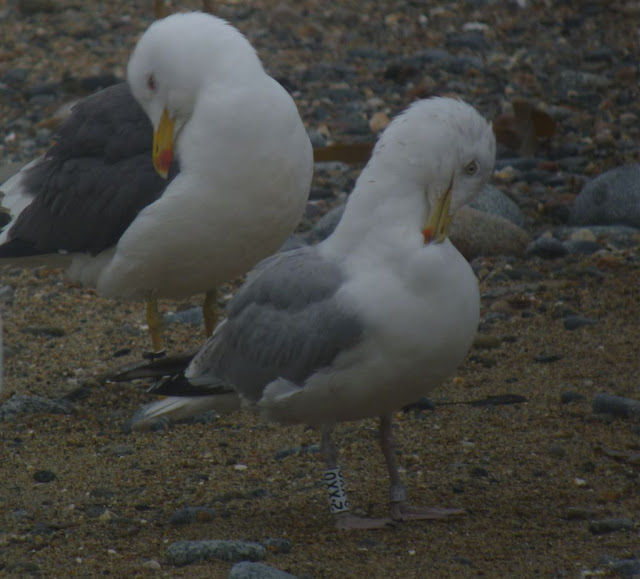