A Wonderful Saturday morning at Chouet

In a fabulous couple of hours at Chouet on Saturday I recorded 80 of my returning colour ringed Lesser Black-backed Gull, as well as one of Roland-Jan Buij's birds ringed in The Netherlands. Of course many of the 80 birds had been seen in Iberia over the winter, but Black 3AC0 was last seen by Antonio Gutierrez at Carino Beach, A Coruna, NW Spain only six days earlier!
Incredibly two of the nine cr Great Black-backed Gulls were birds colour ringed in Vest-Agder, southern Norway! Amongst all this activity it was hard to do justice to my Herring Gulls, but I did add another 62 sightings to my database.  All in all a really exciting couple of hours at Chouet! 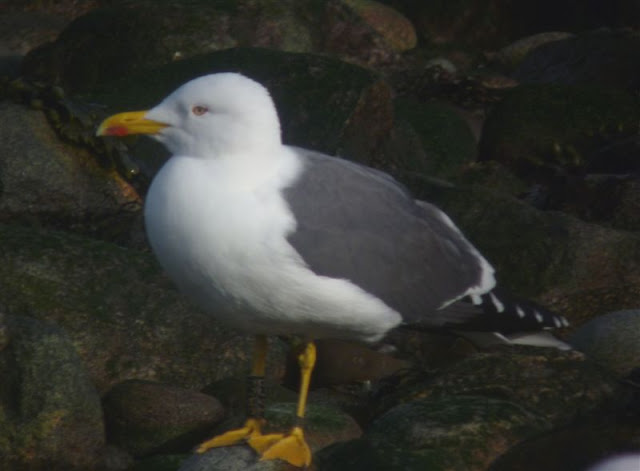 LBBG Black 3AC0 back in six days or less from NW Spain! 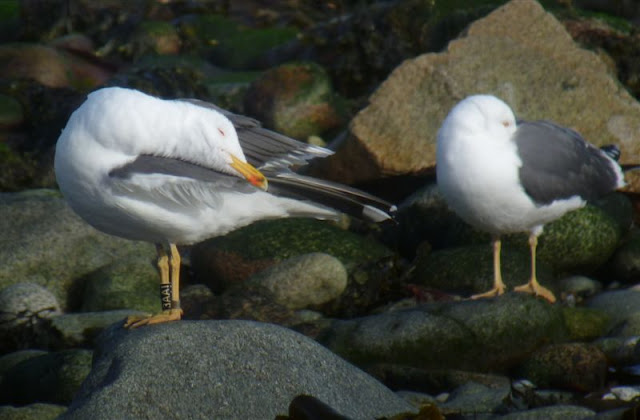 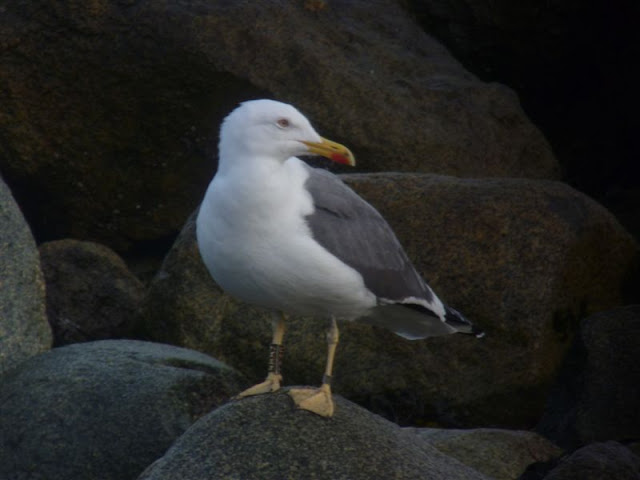 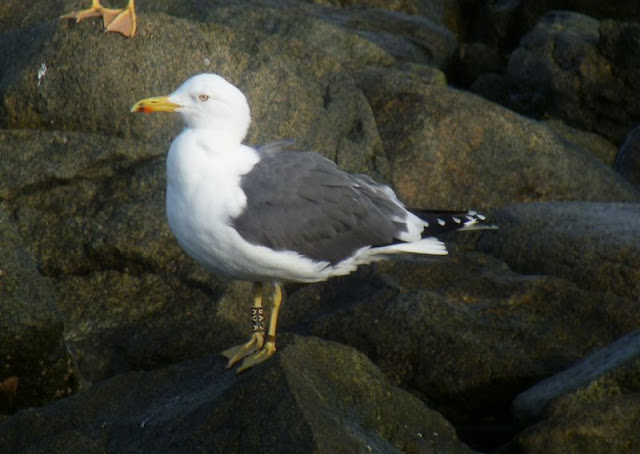 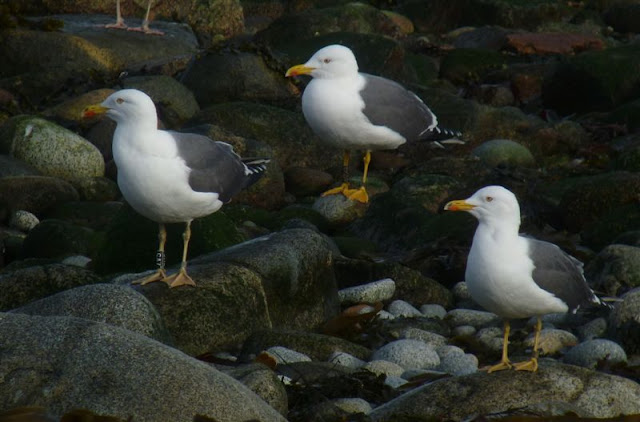 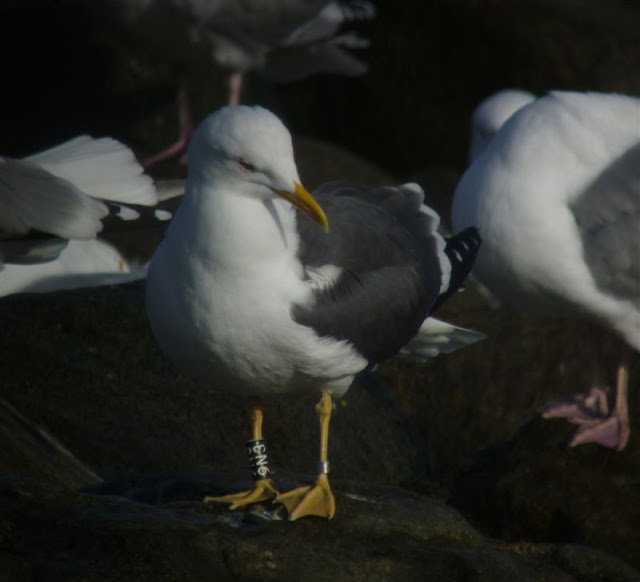 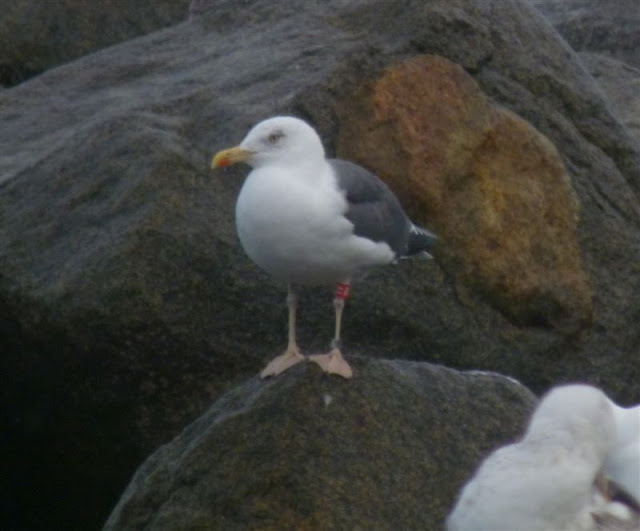 LBBG Red TV from The Netherlands 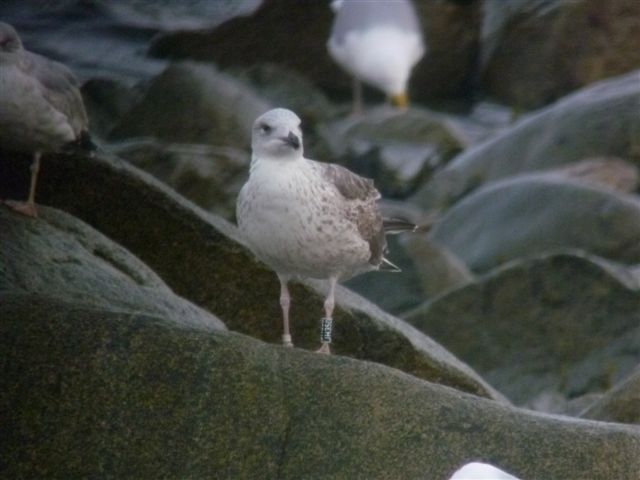