Lesser Black-backed Gulls back from Canary Islands and Western Sahara

It was a very special morning today as back on Chouet Landfill Beach were Lesser Black-backed Gulls which were known to have wintered in Gran Canaria (Black 9K5) and Western Sahara (Black 7T0). Although the former spent its time resting on the beach, after its long flight home...the latter was strutting his stuff bossing the other gulls around on the beach. Seeing these gulls back in Guernsey, when we know they were wintering so far away is truly awe-inspiring...and one of the most thrilling rewards of my gull colour ringing projects - all in all it was a really marvellous morning! 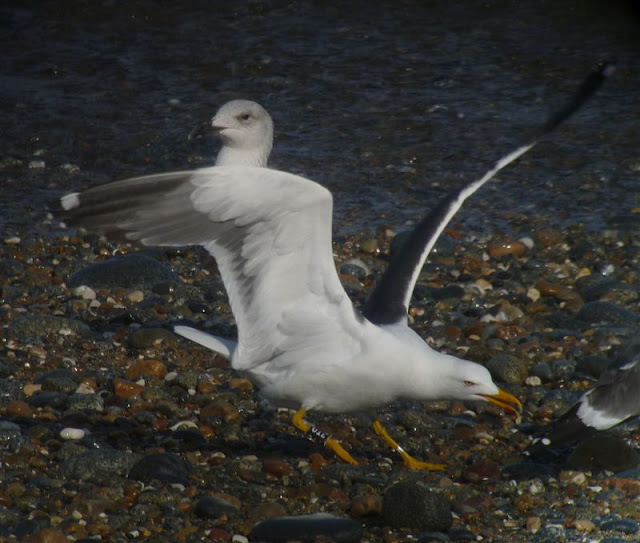 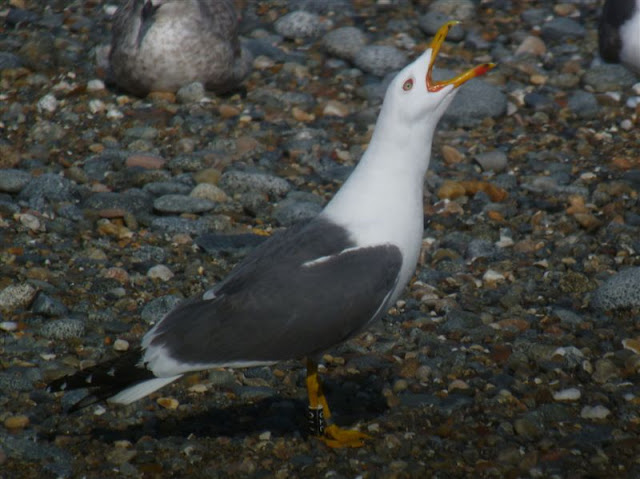 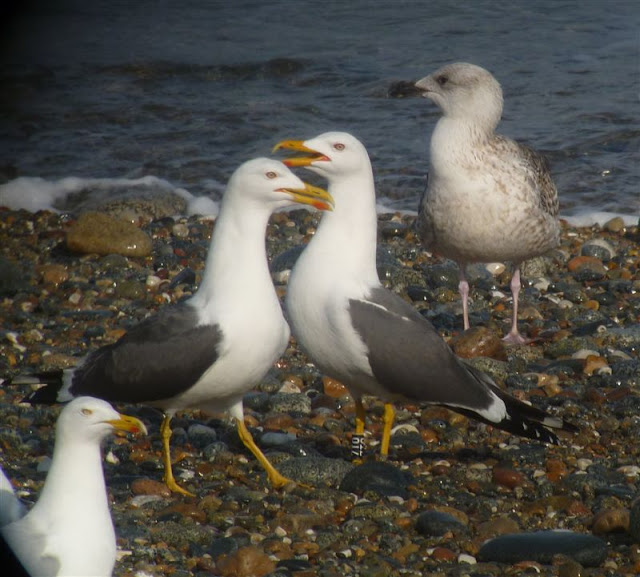 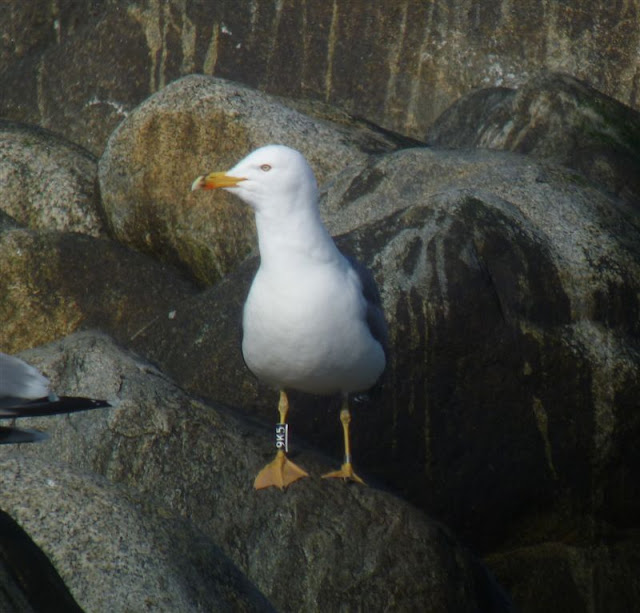 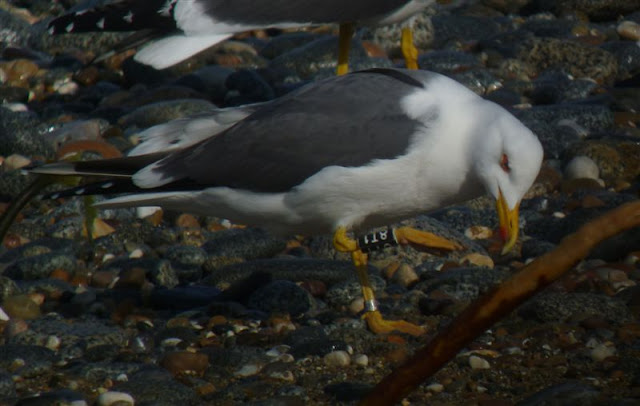 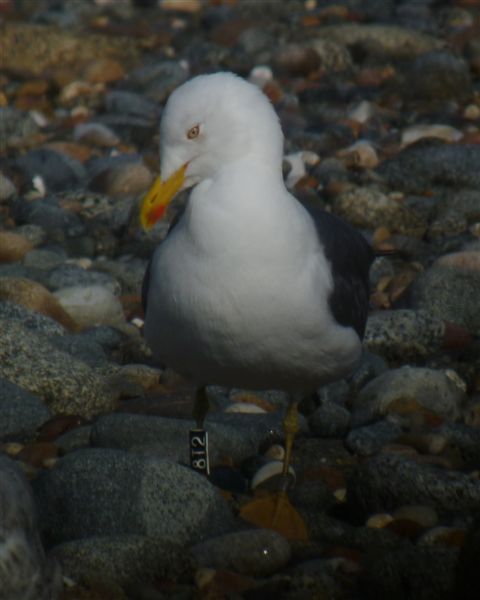 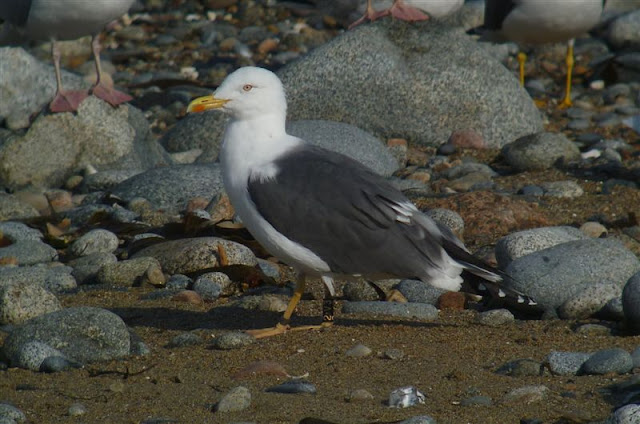 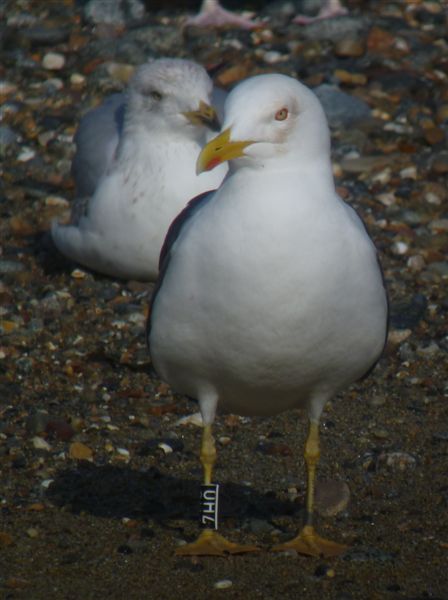 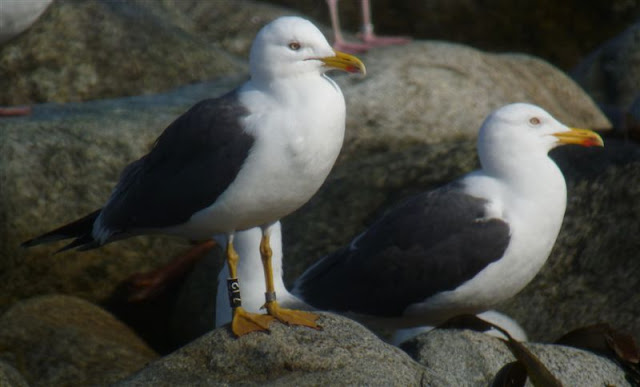 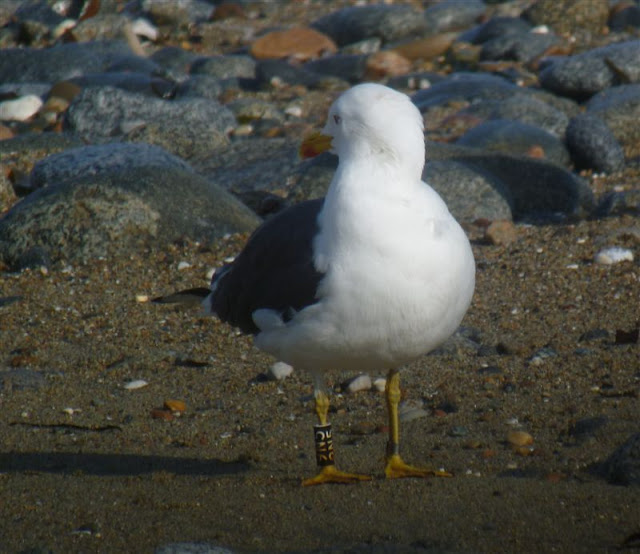 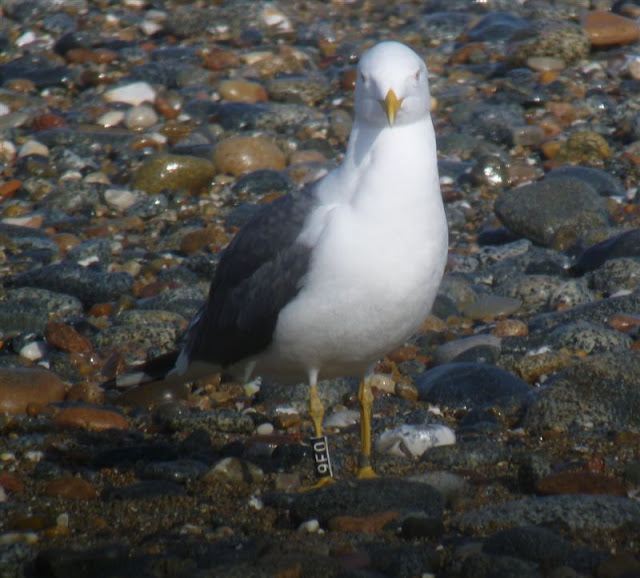 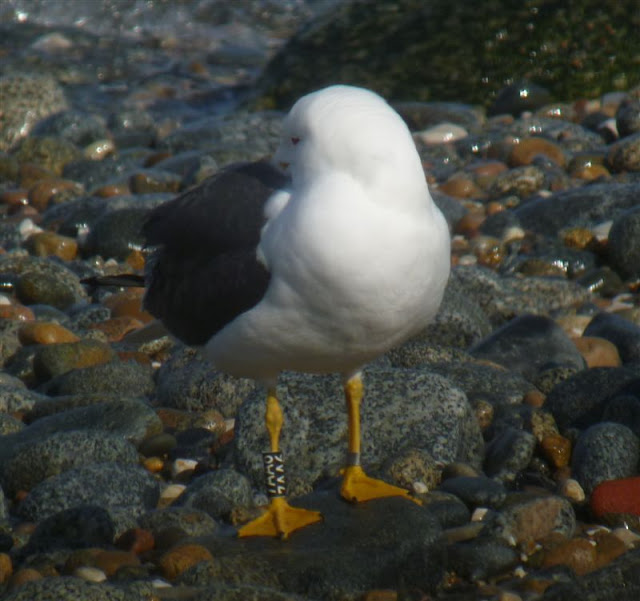 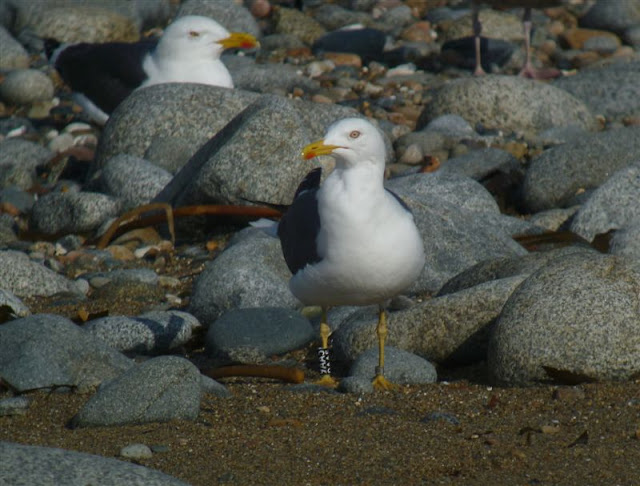 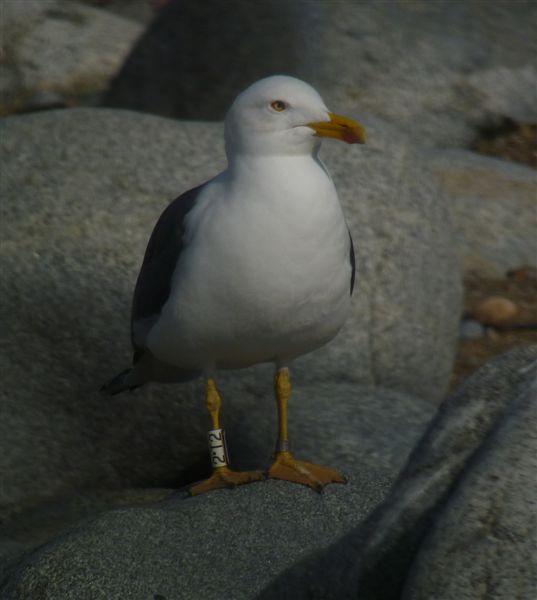 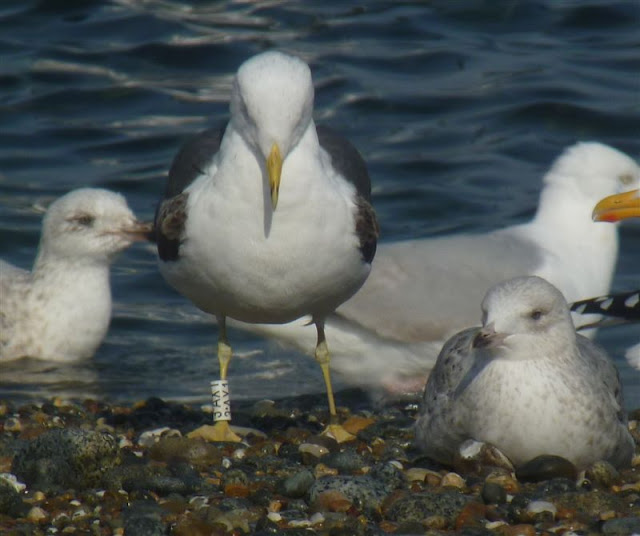