Another Seabird Colour Ringing Study begins in the Channel Islands

Inspired by similar projects in the Isle of Man and the nearby Chausey Archipelago, France, and conscious that we really don’t know very much about our Great Cormorant population, the Guernsey Seabird Monitoring Team (GSMT) arranged to begin a new project by colour ringing Great Cormorants nesting in the islands. Initially this study is being run in Guernsey, but if all goes well it could expand to include Jersey as well at a later date.

The project was formally initiated today when two members of the GSMT, with special permission from the authorities,  visited the principal colony to assess the season. It looks like another remarkably  early season, with some young already at least three quarters grown, while others are a matter of a few days old. Fifteen chicks were ringed with both a metal ring and a black colour ring (with a white double letter code). Hopefully we will add a  few more to this number over the next few weeks.

And so...the 2012 Seabird Monitoring Season is officially under way…and we are full of excitement and anticipation – eager to see which species are able to do well this year. 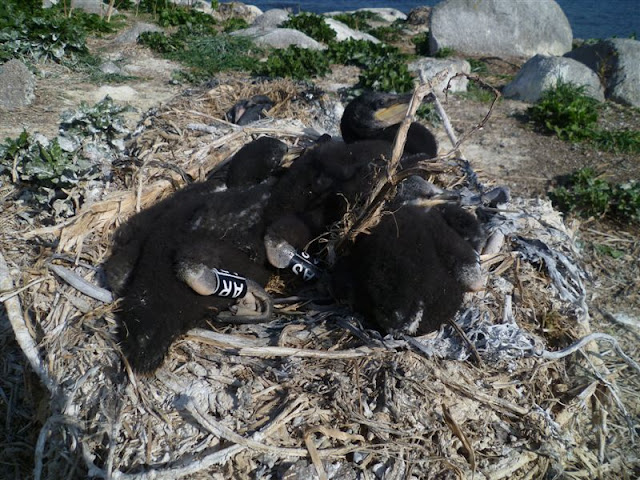 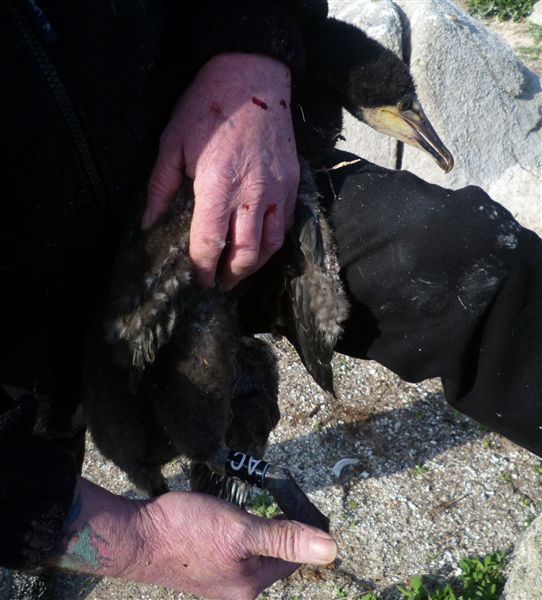