Is Yellow-legged Gull Nesting in Guernsey?

My answer is...I doubt it…however…I am not quite sure what Yellow-legged Gull White 1CA9 is doing! Ringed as a full adult at Chouet landfill on 20 May 2011, this gull has now been recorded back at Chouet on 15 February, 09 March and again this morning. Most of the adult Herring Gulls are now paired and on their nesting sites…so is it possible that White 1CA9 is actually paired with a locally nesting Herring Gull…or could it even be paired with another Yellow-legged Gull? I haven’t yet seen it in the company of another Yellow-legged Gull…but hopefully as this season draws on we may get some more clues as to what this gull is doing! 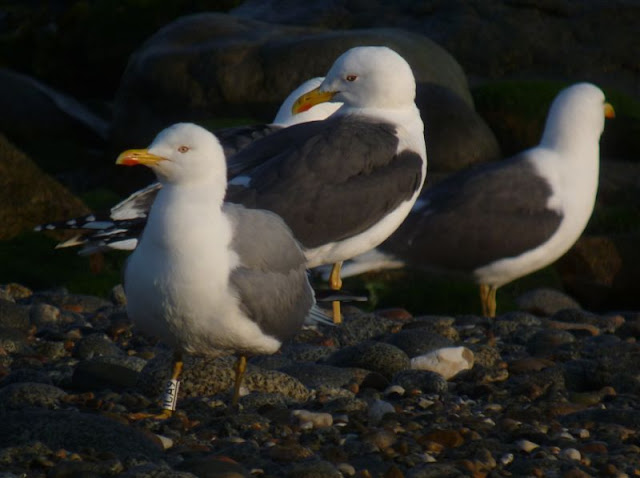 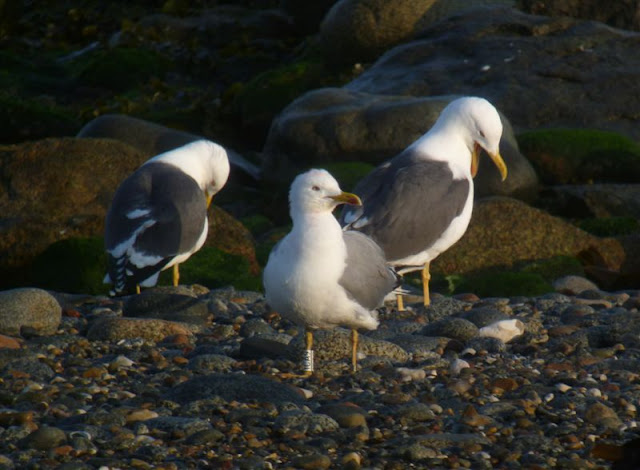 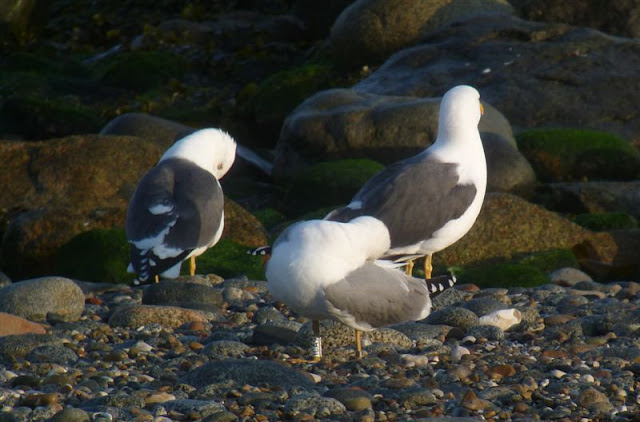 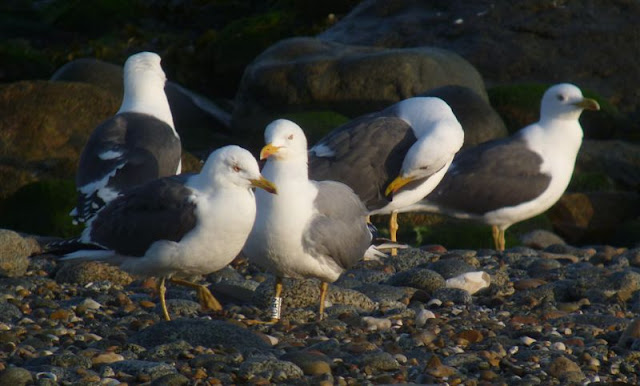