More Immature LBBGs Back in Guernsey

After several days with no gulling, I really enjoyed a 90 minute watch at Chouet early this morning. Although there were good numbers of immature LBBGs present on the beach, only one of my immature cr birds was seen - Black 1.K8,ringed in July 2009 as a chick on Burhou, Alderney. This bird is known to have spent at least two of the intervening winters in Madrid, Spain, where it was last seen on 31 January 2012. Amongst other gulls seen today were Herring Gull Pale Blue B493 ringed in Seine-Maritime, France, and three French-ringed Great Black-backed Gulls (Black 66J from Le Havre and Green H.03 and Green J.60 from Chausey Islands). Herring Gull White 2.AP6 (Ex 7M6), which (unusually) winters in Northern Spain, was also photographed on the beach today. 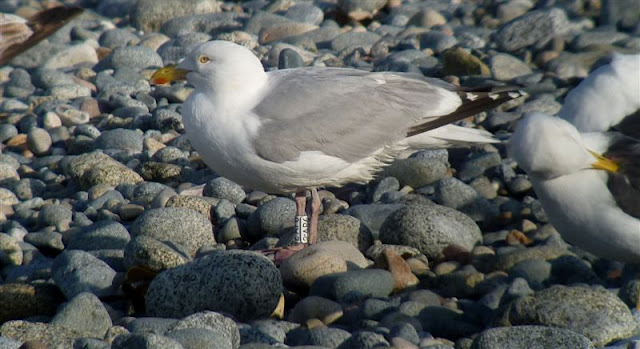 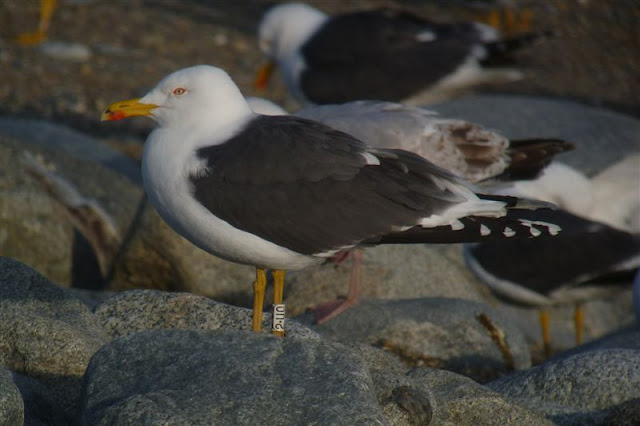 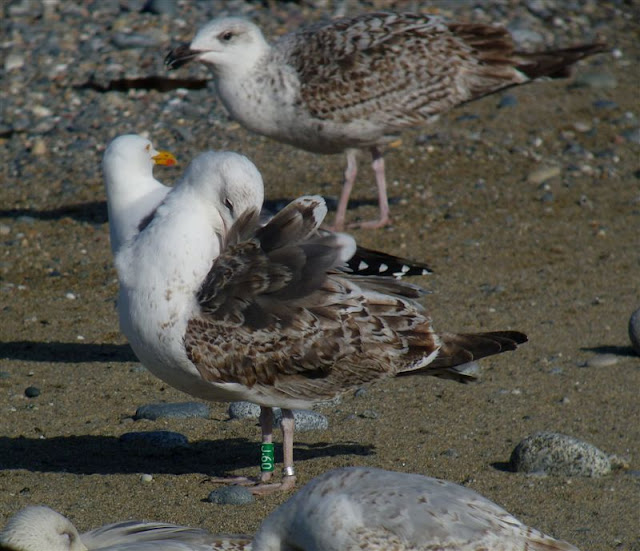 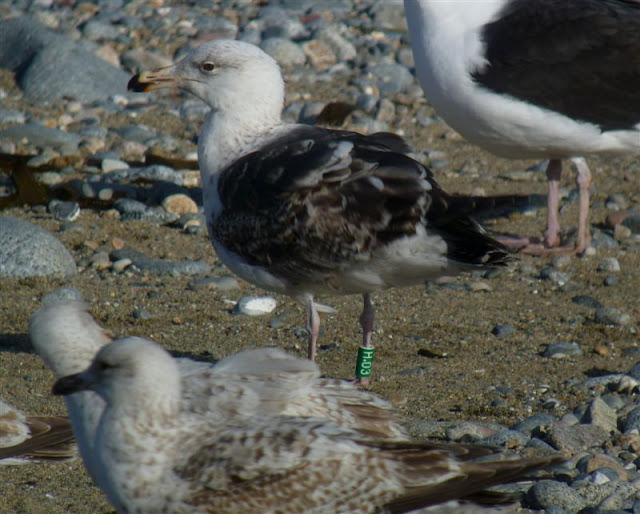 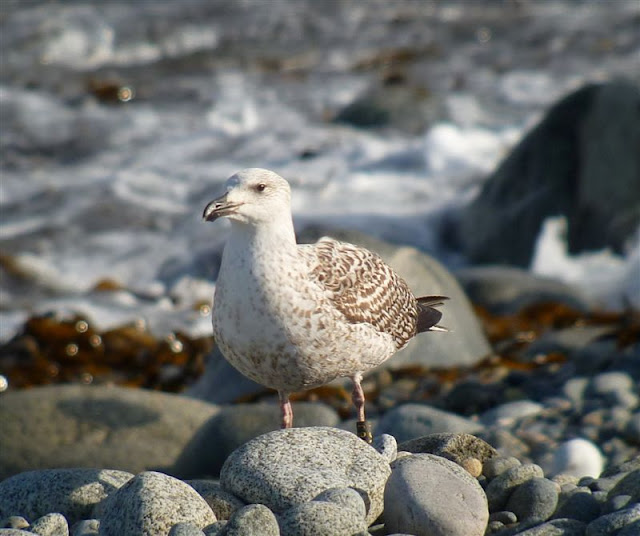 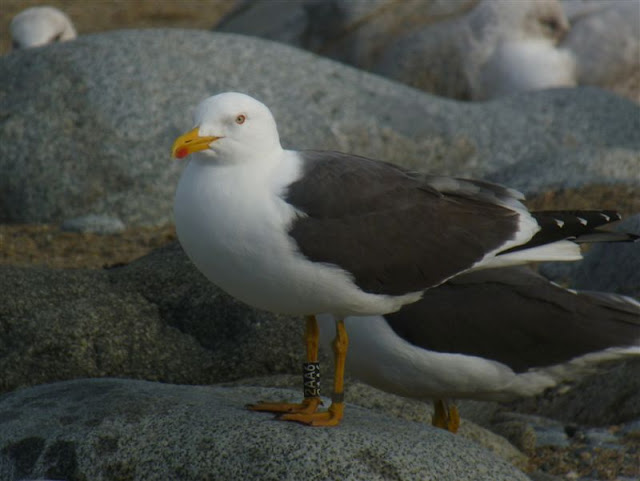 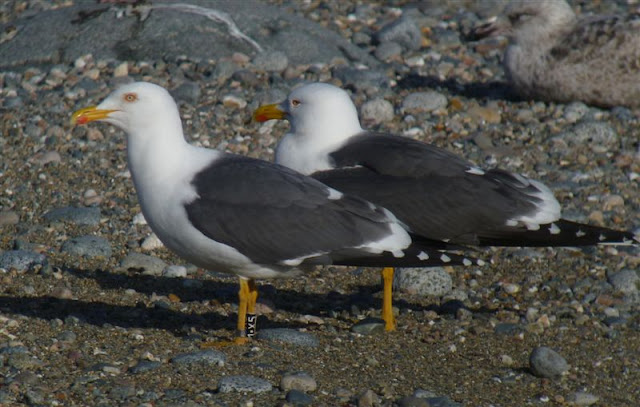 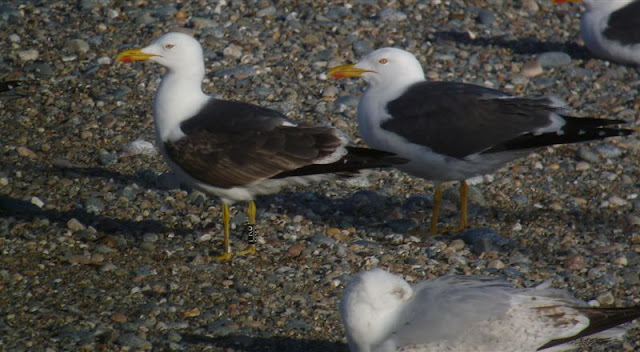 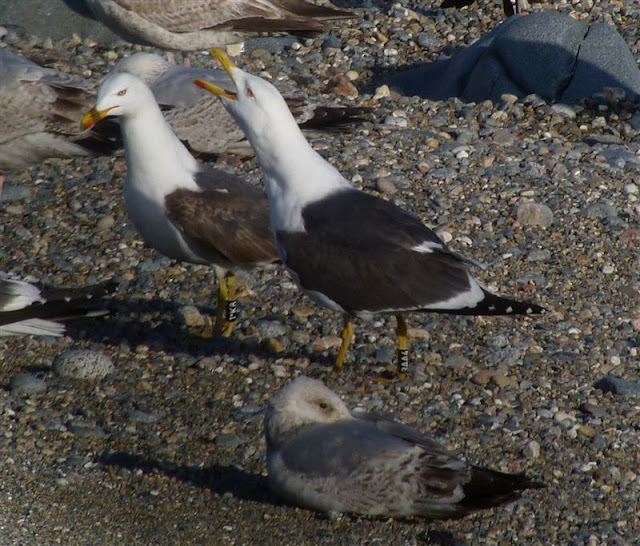 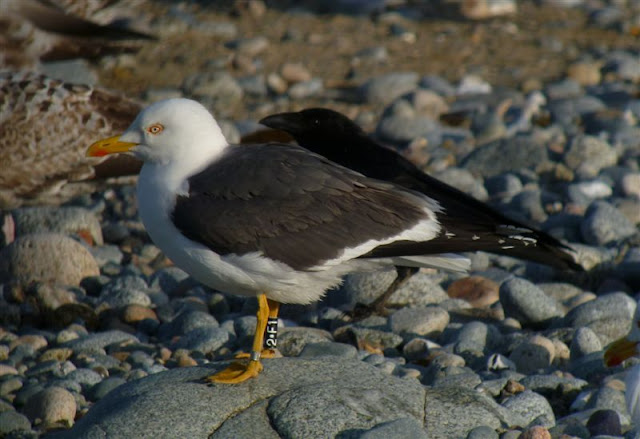 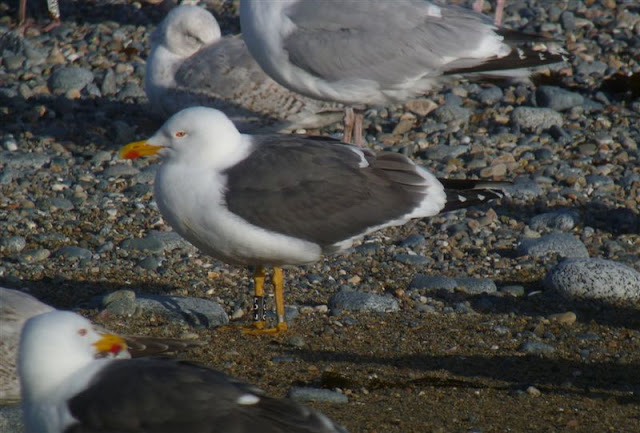 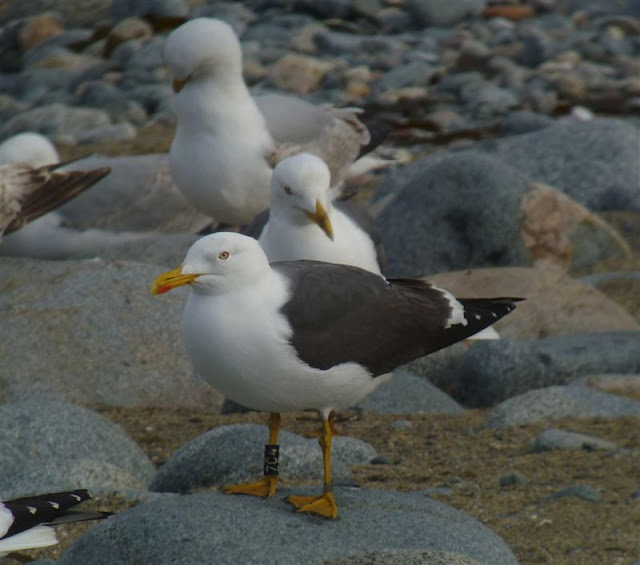 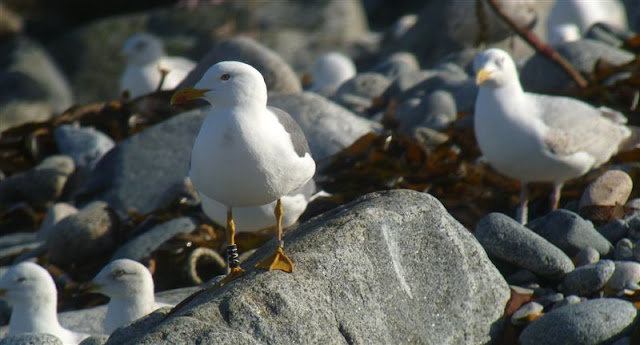 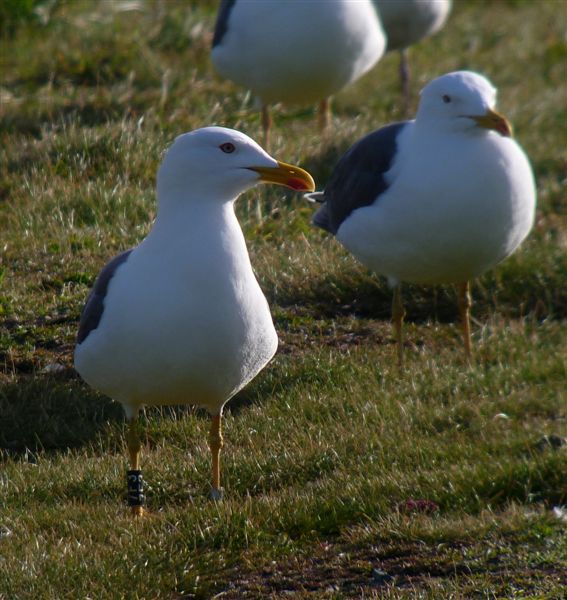 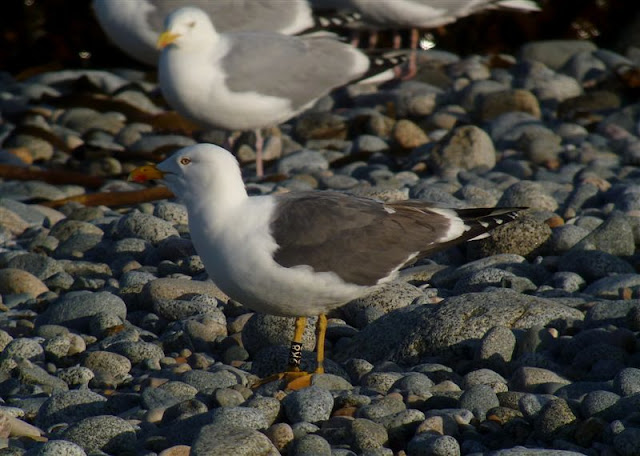 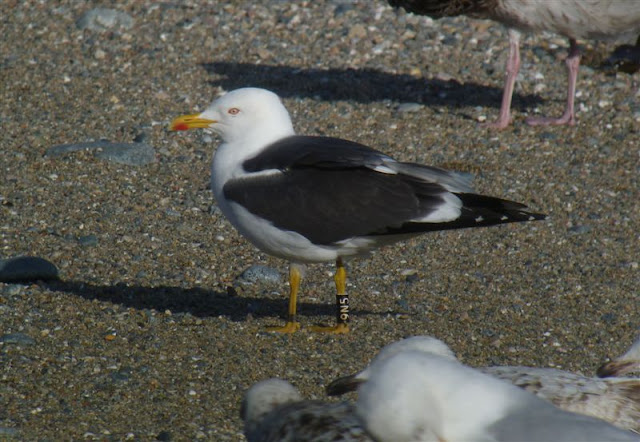 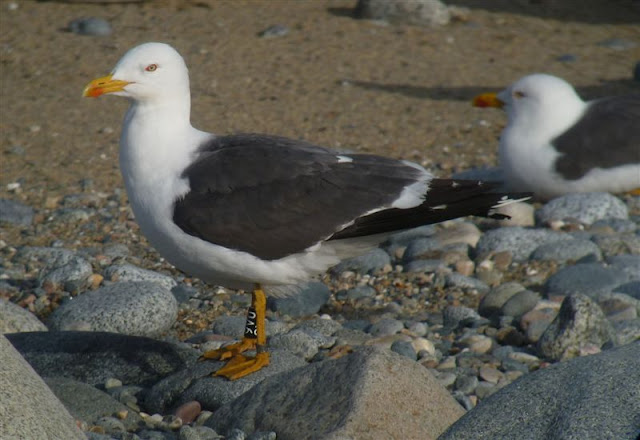 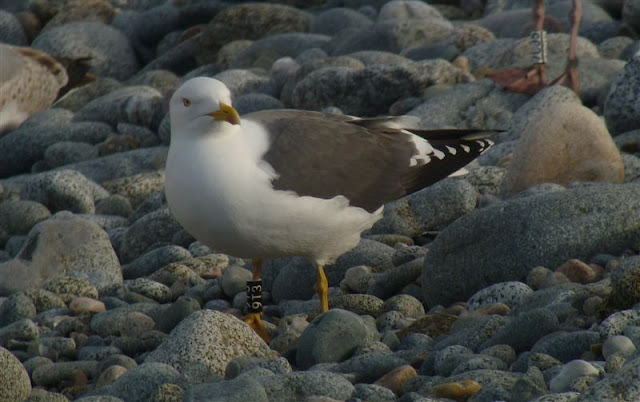 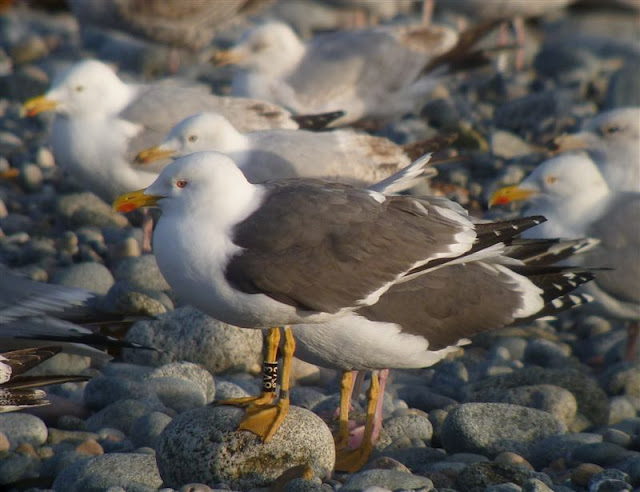 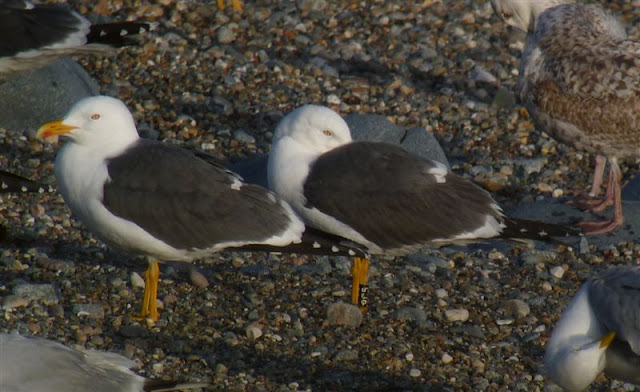 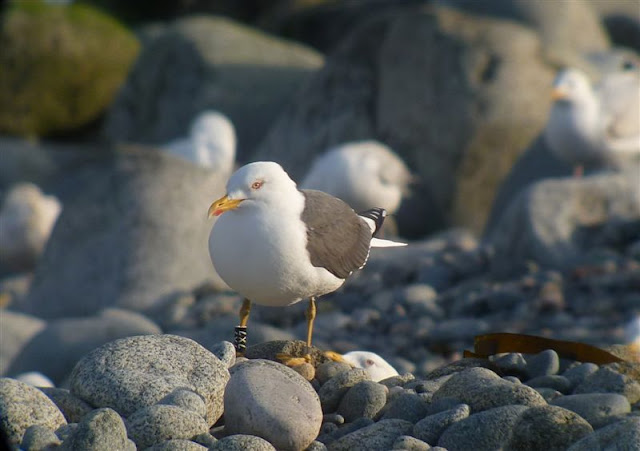 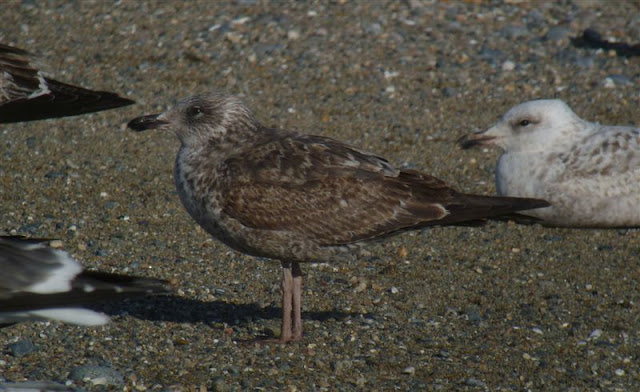 The ashen beauty of a 1st summer LBBG!
Posted by Guernsey Gulls at 12:13