Return of the Young Ones

Today was my  first trip to Chouet since Saturday, and although it was bracing standing out in the distinctly chilly NW wind, it proved to be another very successful session with just over 100 ring reads on my Lesser Black-backed Gulls. This total included a few fresh arrivals back in the past few days from Iberia…but the highlight this morning was the first observations of three LBBGs ringed as chicks in the islands. Of these three immature birds we know that Black 4.F1 (Sark chick 2010) was at Plomodiern, Finistere at the end of January 2012, while White 8.V1 (Burhou chick 2009) was seen at Coimbra, Portugal in October of its 2nd year, and Black 0.V5 (Burhou chick 2009) is a very special bird because it is the first of my colour-ringed chicks that I have seen abroad (in Quarteira, Portugal in November 2010), which I have also now seen back in the Bailiwick of Guernsey – another wonderful milestone in my gull projects! 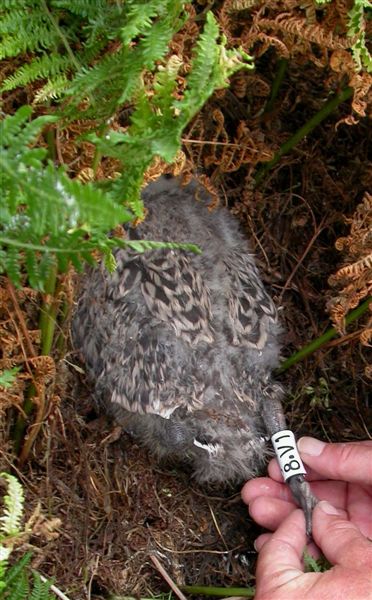 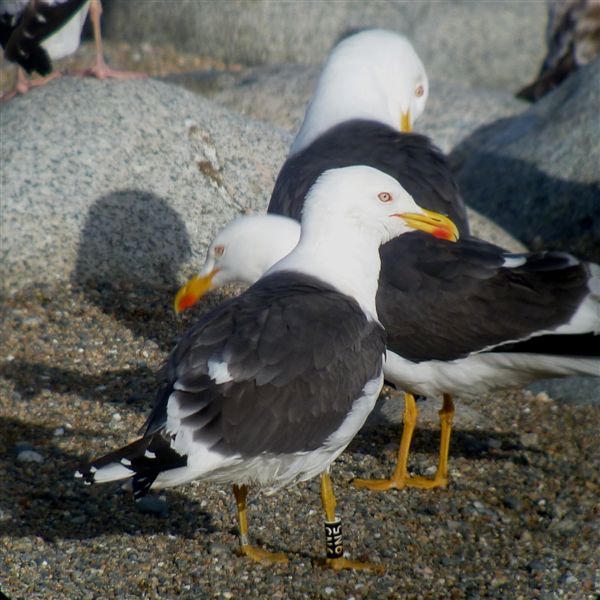 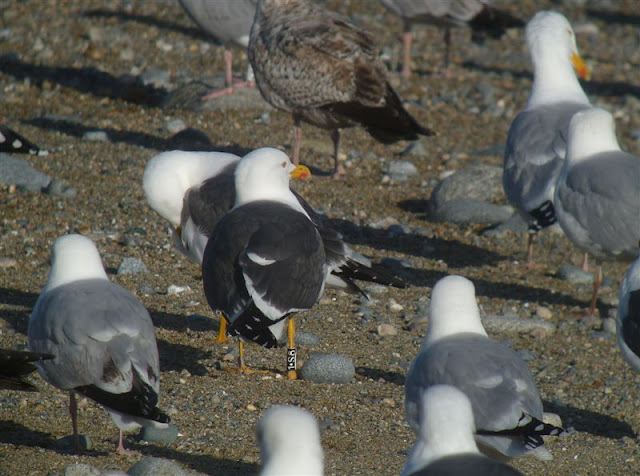