In what is turning out to be a difficult season for ringing gulls, largely because of the highly unpredictable weather, Jamie and Mish Hooper and I took the opportunity on Monday (with the necessary permissions)  to undertake the annual seabird monitoring in Jethou. The results were interesting with signs of European Shag having a reasonably productive breeding season. We only ringed 36 chicks, but the majority of young had already fledged and we did not visit Grande Fauconniere at all. Great Black-backed Gulls appear to have fared poorly though with only seven chicks ringed (and one fledged bird seen on the wing). Herring Gulls once again showed a modest season, with some colonies (e.g. Grande Fauconniere Beach) almost completely deserted, while others (such as the house colony) had chicks that were two thirds fledged. 48 Herring Gull pulli were ringed, almost all with colour rings.  17 Puffins were recorded offshore. 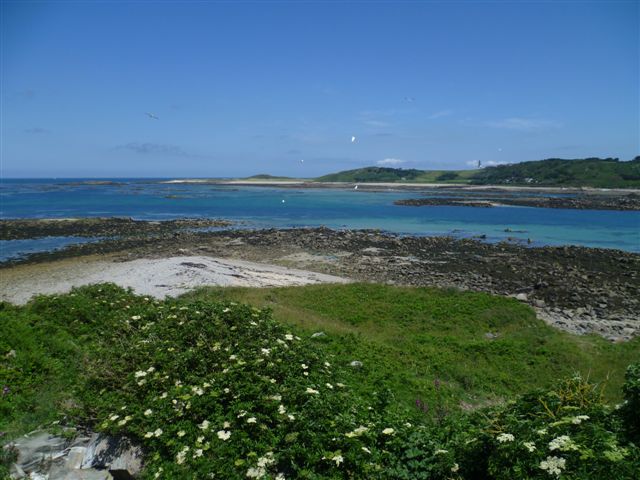 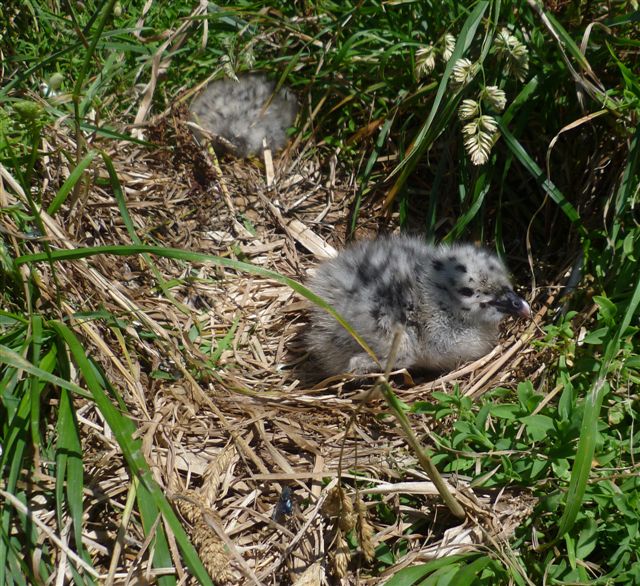 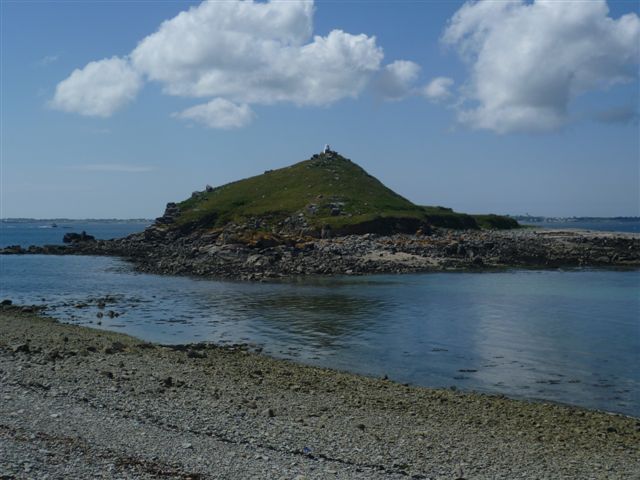 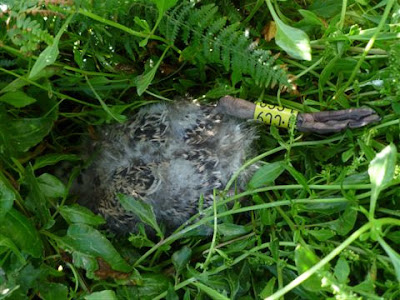 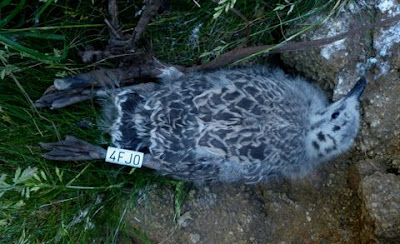