After a rather frustrating 10 days or so where I have not been able to locate the large flock of Great Black-backed Gulls which are often in Guernsey at this time of year, Saturday came good at Chouet landfill! A couple of hours in the morning saw a gradual turnover of GBBGs feeding at the landfill. Although there were never more than 80+ birds in the landfill, the fact that I recorded 28 different colour-ringed birds shows the level of turnover of birds feeding! The tally included One Norwegian bird (the same as seen on 20 October), six French birds (three Chausey Islands and three Seine-Maritime), one Jersey gull and 20 locally ringed birds.
Amongst several thousand Herring Gulls present at the site, more than 120 cr reads were taken, including the same French bird as last week (Light Blue B44H), and a bird from Gloucestershire (Blue EXT). Also on site was a bird from the London area (North Thames Gull Group)...but this bird flew as soon as I saw it, so I'm not sure I have the code correct!
It was a really superb early morning at the Landfill! 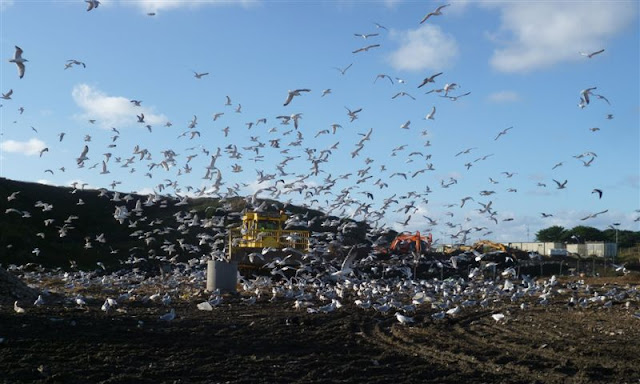 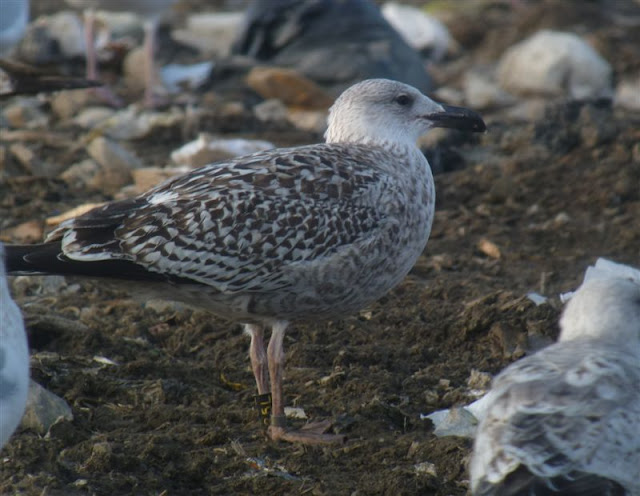 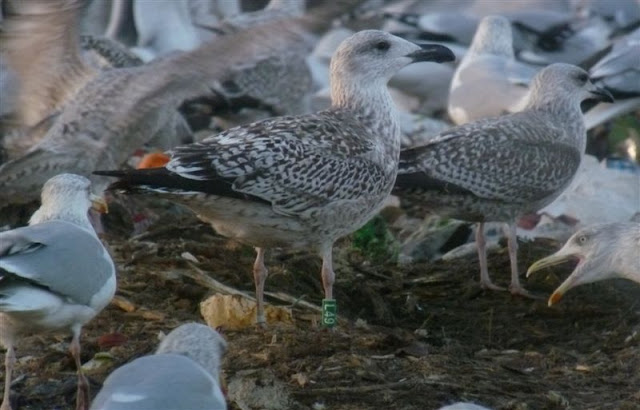 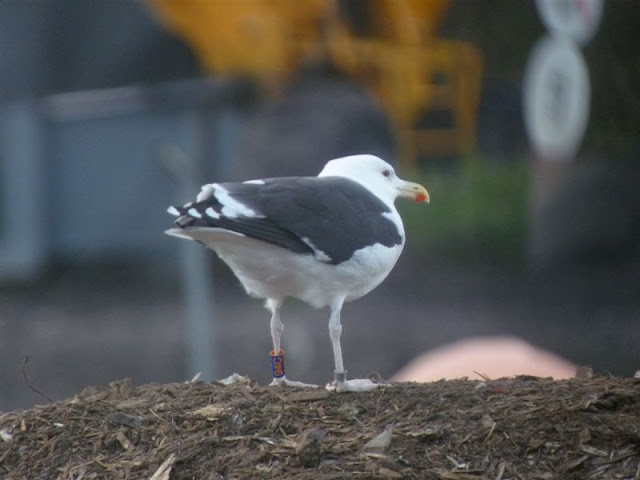 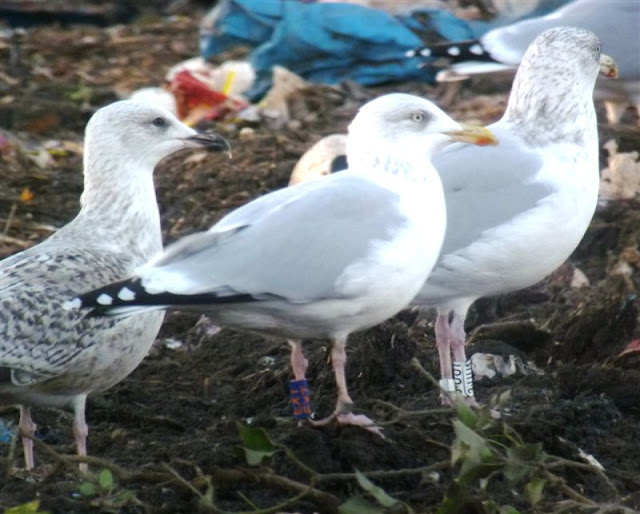