An Excellent Morning at Chouet Landfill

With a large spring tide early this morning, there was every chance that gull watching at Chouet landfill would be excellent today - and so it proved. Although numbers of GBBGs were rather disappointing (c 150 + gulls and only 11 cr birds - all known from previous visits), there were several thousand Herring Gulls. More than 150 ring reads were taken  including Orange AV1*T ( 2nd winter bird ringed by Paul Roper and the North Thames Gull Group on 22 October 2011 at Rainham Landfill, London. Not a single Lesser Black-backed Gull was recorded today! 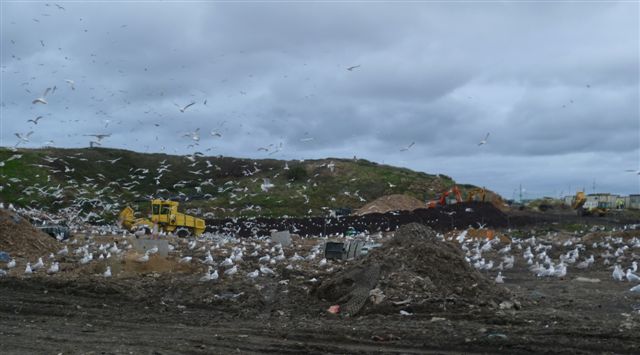 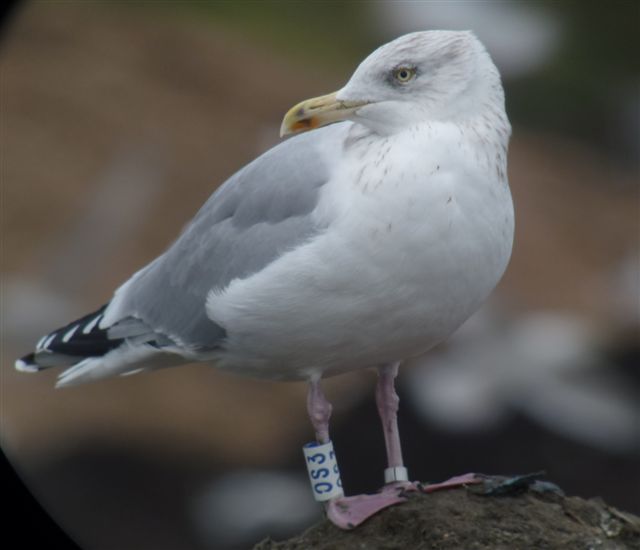 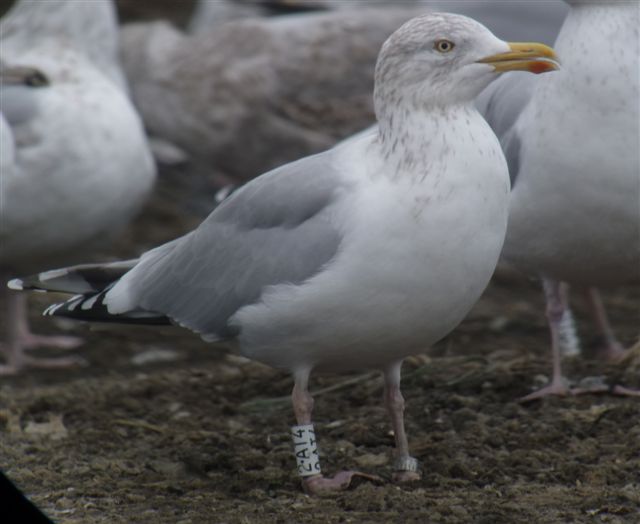 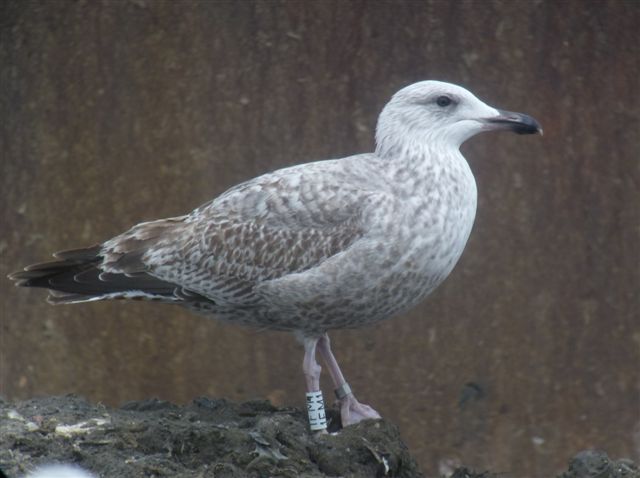 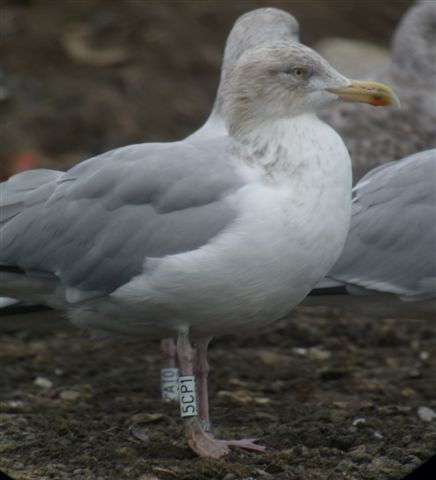 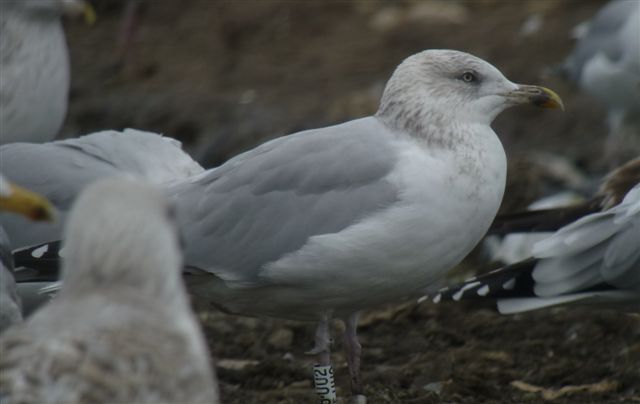 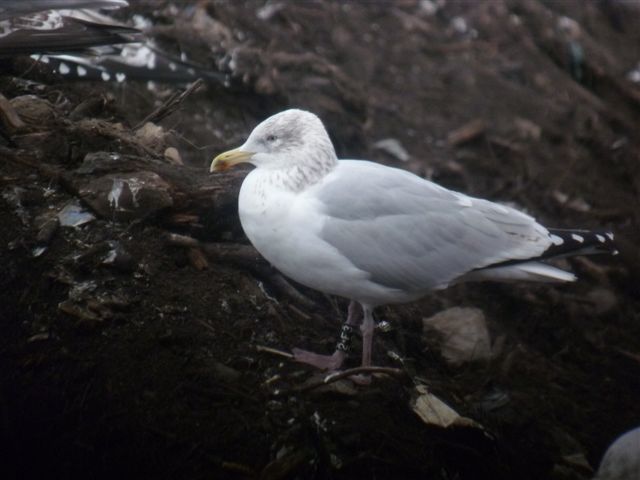 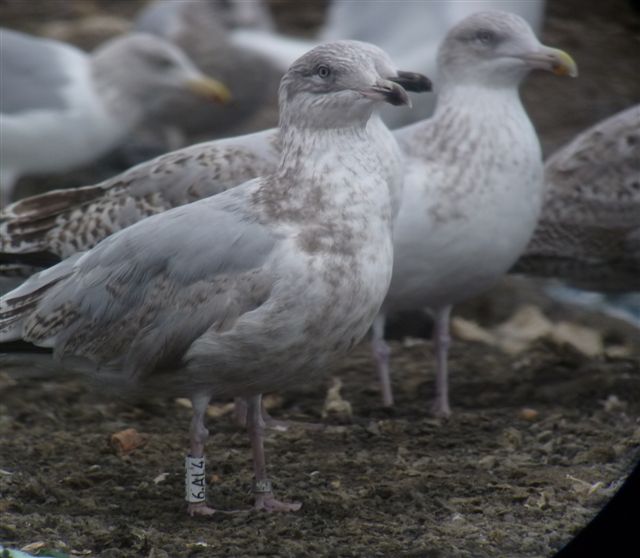