It has taken some time (several years!)...but this morning Chris Mourant, Phil Alexander and I finally got our latest colour ringing gull study airborne by catching a single adult Black-headed Gull at home at Ty Coed! After handling so many large gulls, the delicate nature of this small gull was astounding  It is a very very beautiful bird!
We also managed to ring 65 new Herring Gulls - almost all immatures (49 1st winters and six 2nd winters).It was excellent to see so many young gulls in the catch. We believe that many of the immature Herring Gulls on Guernsey each autumn/winter are birds from the English Channel coasts of northern France and southern England, but we have caught very few since commencing our colour ringing studies...so hopefully this hypothesis will be well tested in the years ahead. The attraction of course is Chouet landfill, which acts as a super magnet for gulls, and must be a major contributing factor to the survival rates of immature gulls in winter. 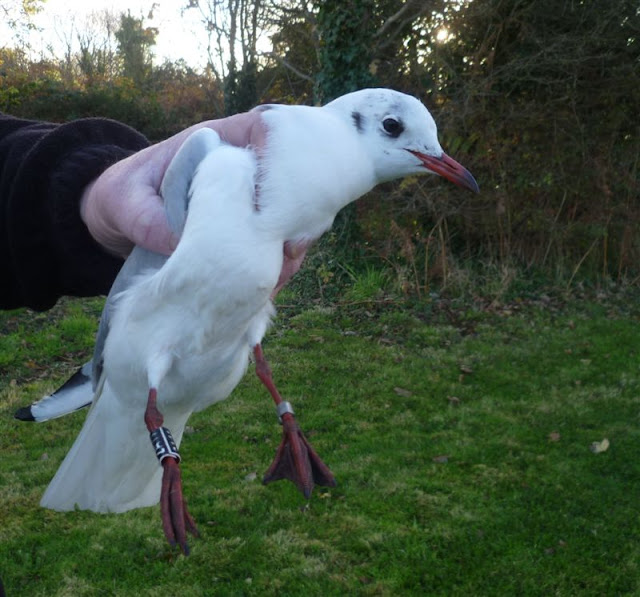 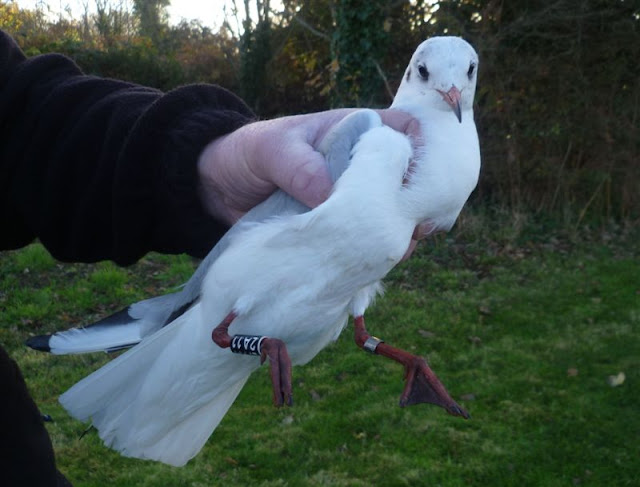 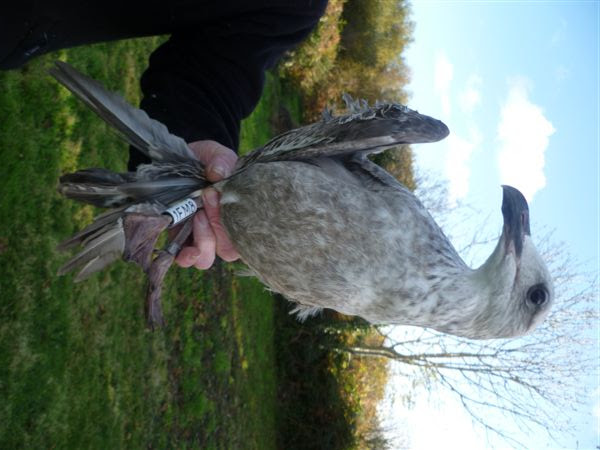