Each winter I receive regular reports from Salva Garcia of some Guernsey-ringed LBBGs which attend the pre-roost gathering of gulls (mostly LBBGs) at Malaga Port in southern Spain. There appears to be a high level of site fidelity for many of these gulls between years. In October 2011 I was lucky enough to visit the area with Salva and Gabi Martín, when we saw some of the Guernsey birds amongst the large flocks. This weekend Salva sent the photos below, which brought back very happy memories of my brief visit. It is a very impressive gathering of gulls. They actually roost out in the bay, but gather from mid-afternoon in these impressive flocks. 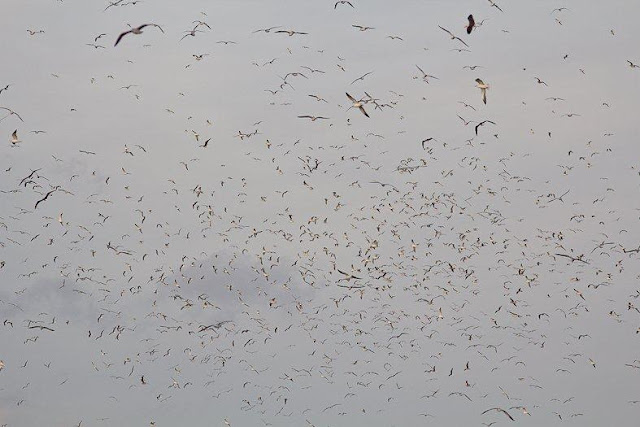 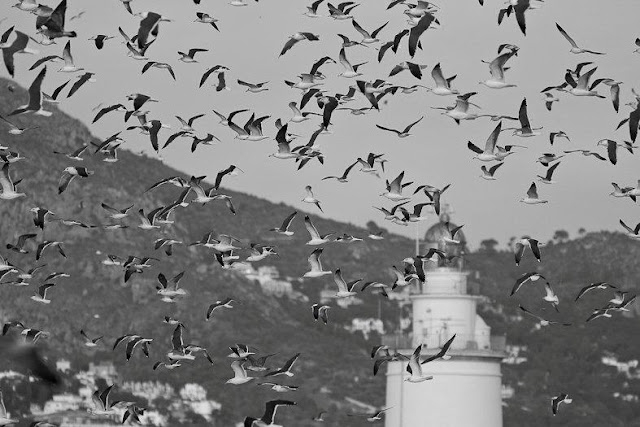 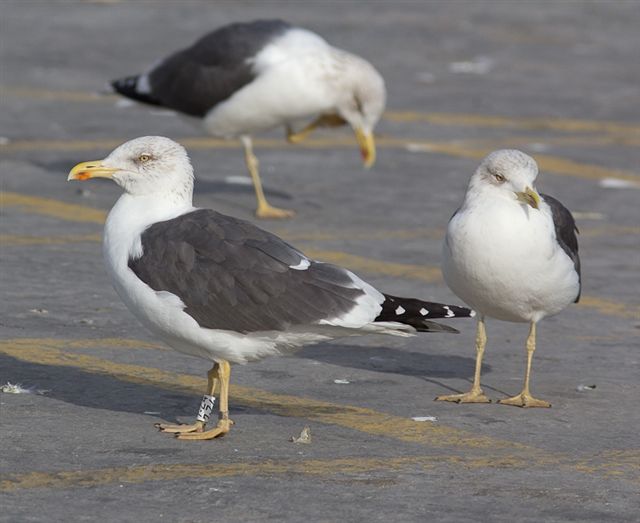