The First LBBGs are Back!

It was a wonderful weekend with the return of my first few colour ringed Lesser Black-backed Gulls. On Friday I saw at least six LBBGs at Chouet landfill Beach, and one of these was carrying a metal ring from the Channel Islands Ringing Scheme. The following day in Chouet landfill and on the adjacent beach there were c 8 LBBGs and of these at least two were colour ringed birds. Black 2.X5 was the first seen - ringed in May 2010 at Chouet, this is a well-known local bird. I first recorded this gull back in Guernsey on 22 January 2011 and then on 04 February 2012...so it is even earlier this year. I also know that this gull has been recorded in the winters of 2011 and 2012 along Portugal's Atlantic coast around Porto. It was last observed there on 09 November 2012.
Also present on Saturday at Chouet was Black 5AM4. This bird was ringed at Chouet in May 2012 and last observed in Guernsey on 04 August 2012. There have been no sightings of this bird over the winter.
I also recorded c 150 locally cr Herring Gulls including several birds ringed in 1998 in Guernsey and one in Jersey. Amongst the GBBGs were the well-known 1st winter birds Green L59 and Green M03 - the former ringed on the Chausey Islands and the latter at Barfleur, Manche.
LBBG Black 2.X5 Porto, Portugal November 2012 - (c) Paulo Dias 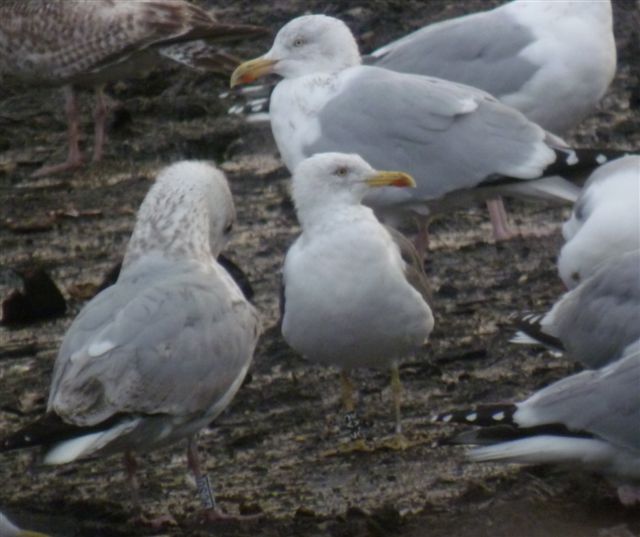 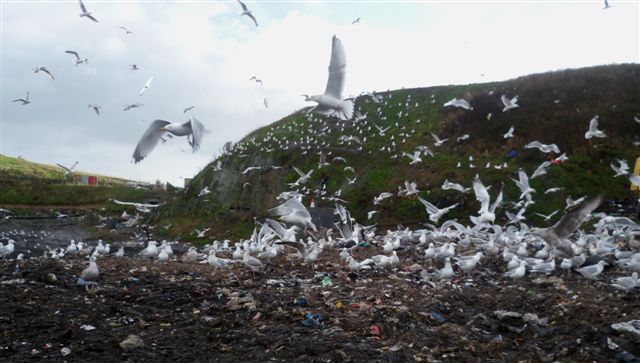 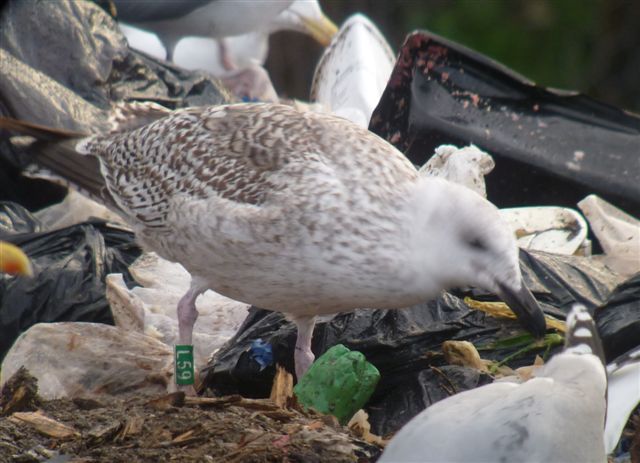 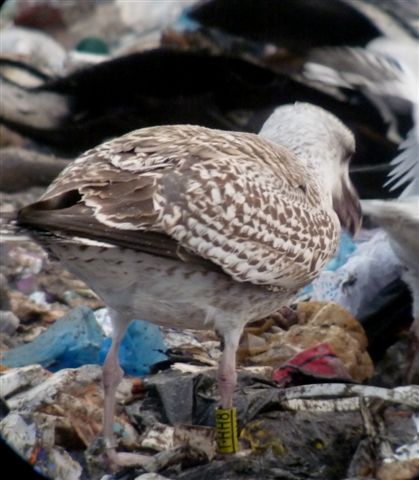