Saturday morning saw the start of the gull recording year for me with a two hour visit to Chouet Landfill. Around 120 local Herring Gull rings were read, along with a well-known bird ringed in Gloucester, England (Blue EXT). Amongst the 100+ Great Black-backed Gulls present were two French-ringed birds (one Chausey Islands and one Seine-Maritime) and one Norwegian bird - Black JP719 (previously seen in November and December 2012 at Chouet).
A typically confusing "Herring Gull" in adult plumage with very yellow legs was seen, but the mantle was as pale as the surrounding Herring Gulls, and with a pale orange orbital ring, this bird is probably a hybrid argentatus/michahellis.
On Sunday we tried a gull catch in the garden, but with almost no interest at all by the gulls we drew a blank. That means we are now on a potential hat-trick of failures, with our previous foray on one of the beaches resulting in a similar failure to catch any Black-headed Gulls (something to which we are quite accustomed)! Better luck next time...I hope! 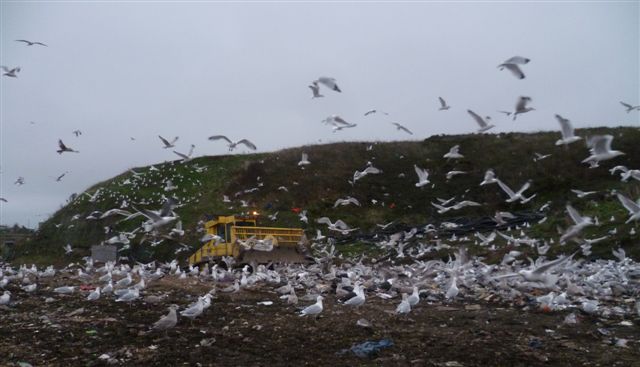 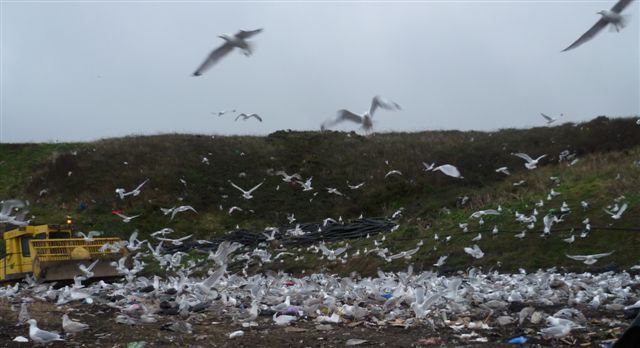 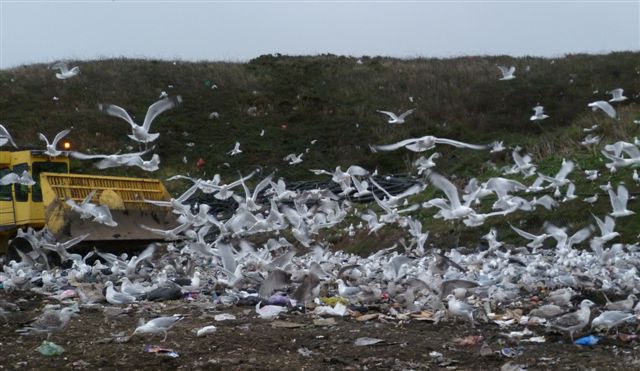 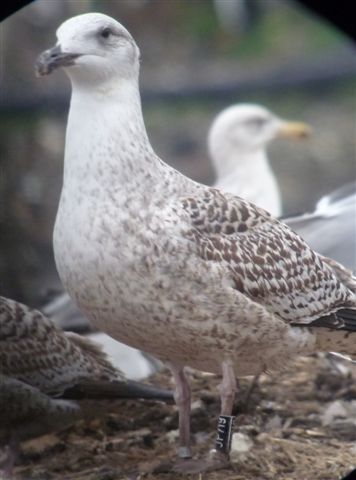 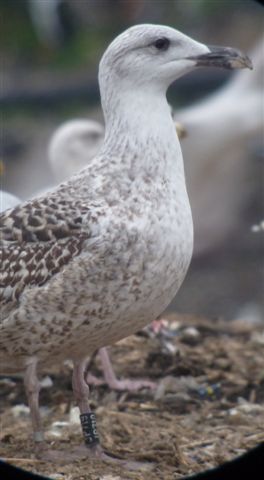