Today's highlight has been two reports (one from Antonio Gutierrez and one from Paco Veiga) of Lesser Black-backed Gulls which  have been in quite a hurry to get to Spain. Both birds were ringed at Chouet Landfill - White 9.T6 (in June 2009) and Black 1.V9 in May 2010. Both birds were amongst up to 1,000 gulls on Esmelle Beach, Ferrol, A Coruna. White 9.T6 was last seen in Guernsey seven days earlier, while Black 1.V9 was still here only five days ago! White 9.T6 was seen in Portugal last September (Paulo Marques), so it is very likely that this gull will continue further south this winter too. 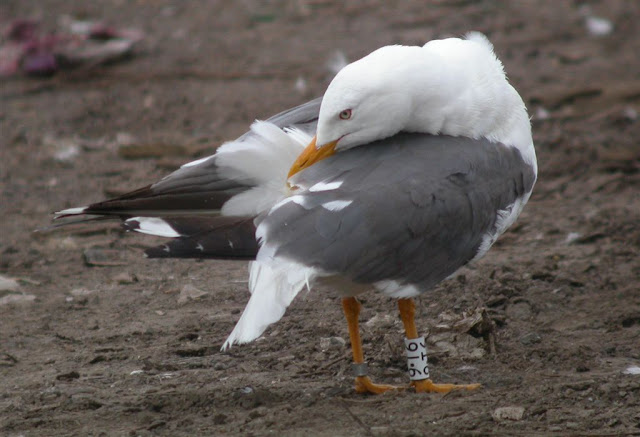 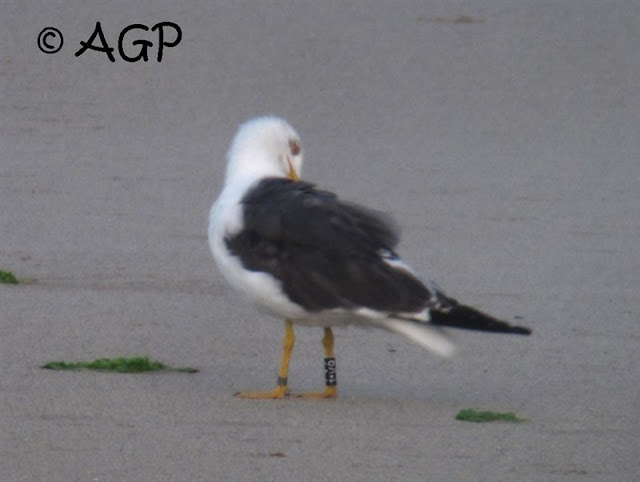