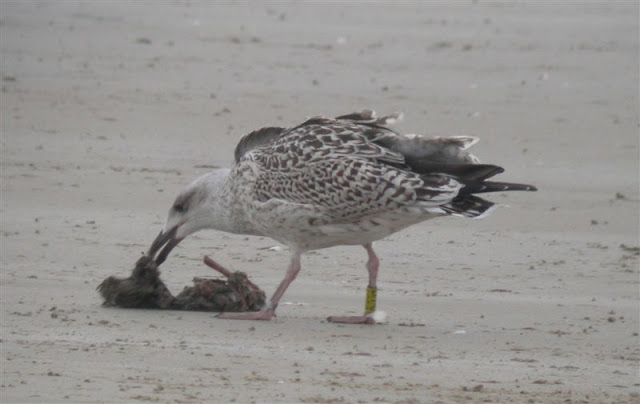 GBBG juvenile Yellow 0.JJ7 - Pembroke Beach - PKV
It is wonderful to go out each morning before work and to see the juvenile gulls increasing on Guernsey's north coast beaches.  It is a little disappointing how few of the Herring Gulls are colour ringed. Next summer I will have to work a lot harder! However...amongst the gulls I can usually find one or two of "my" young gulls. In the past few weeks I've seen 13 of the 114 Herring Gull chicks colour ringed this season, and within the last couple of days the first half a dozen of the 55 cr Great Black-backed Gull juveniles have started to appear. 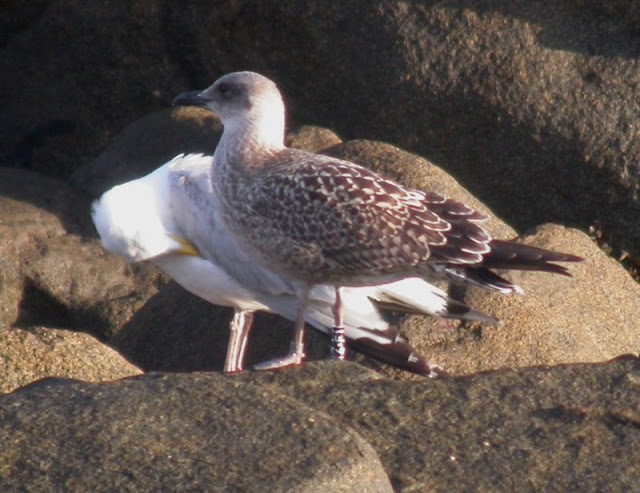 Juvenile LBBG Black 4.F1 Chouet landfill Beach - PKV
Lesser Black-backed Gull juveniles are also now fairly numerous, but it is hard to find my colour ringed birds. I suspect many from the colonies on Sark and Alderney don't visit Guernsey at all.

A couple of days ago (on 01/08/10) on Pembroke Beach, Guersney I saw Herring Gull White 4.XX5. We ringed this bird at Chouet Landfill in June 2009, but I last saw it at Le Petit Hameau on the eastern side of the Cherbourg Peninsula, France when Catherine and I were on holiday in October 2009. It was very nice to see this gull back in Guernsey! 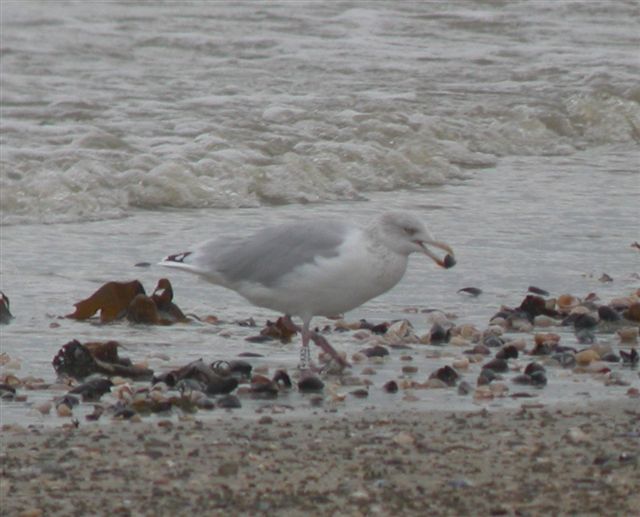