I was thrilled this morning to record 50 of my cr Lesser Black-backed Gulls at Chouet. This included 10 birds which were newly back for the year, together with White 1.T4 – which was already back from its winter wanderings by 26 February 2011, but which sometime after 3rd March moved 270 km north to be at Bishop’s Cleeve Landfill, Cheltenham and then nearby Gloucester Landfill, England on 9th March. Interestingly this bird did much the same thing in 2010 – arriving back at Chouet, Guernsey by 2nd March (from its autumn/winter in Portugal ), where it remained until at least the 6th March – before being seen at Gloucester Landfill, England on 8th March and Bishop’s Cleeve Landfill on 11th March. Only four days later (on 15th March 2010) it was back at Chouet, Guernsey. Why some of our breeding Lesser Black-backed Gulls deliberately make this northwards (apparent) over-shoot in spring before returning to Chouet is not understood.


White 0.U4 also showed a fast movement but this time from NW Spain, where it was seen at A Frouxeira Lagoon, A Coruna on 08 March, back to Chouet landfill Beach, Guernsey this morning – almost 800 km in a maximum of six days. 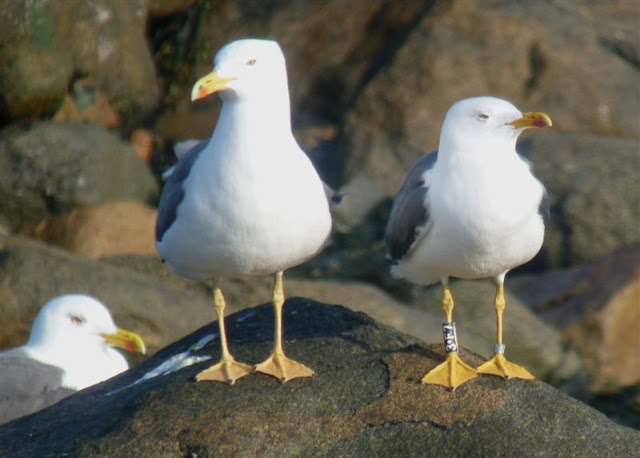 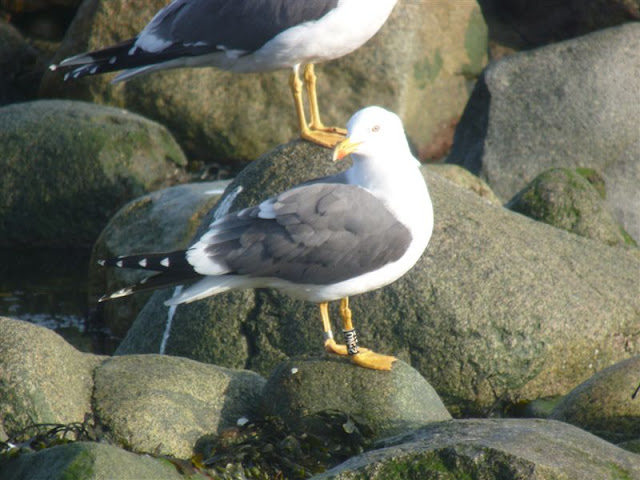 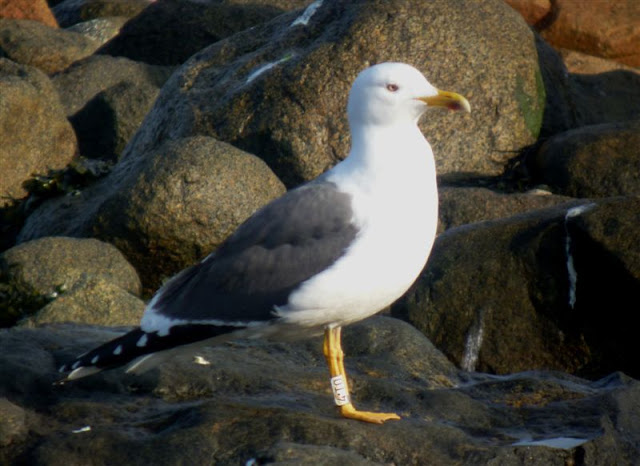 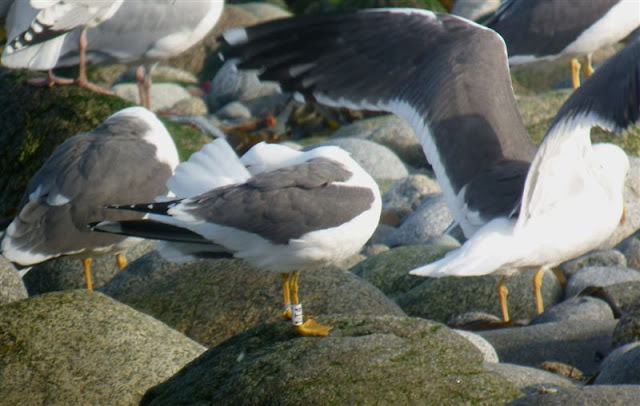