A count of 300+ Lesser Black-backed Gulls was taken at Chouet early on Tuesday morning. Amongst these gulls were several which have arrived back from wintering in Iberia. Also of interest were two Yellow-legged Gulls - and adult (probably female) and a 2nd summer bird. Just to make things a little confusing there was also a "yellow-legged" Herring Gull prersent in the landfill. I am not sure of the origin of these birds, but they do not have dark grey mantles, or red orbital rings...and I am assuming (perhaps incorrectly) that they may be hybrid Herring/Lesser Black-backed Gulls. In May 2010 we caught several 1st summer gulls which showed characteristics of both species in the wing pattern. These birds were colour ringed...and it will be fascinating to see what they look like in adult plumage! 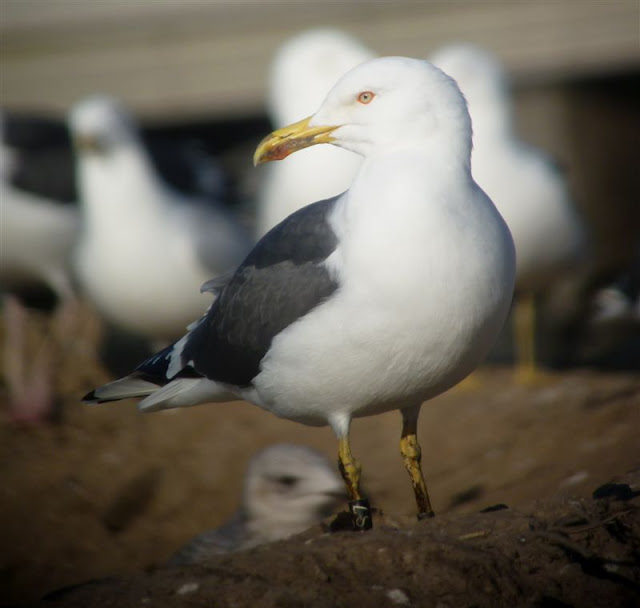 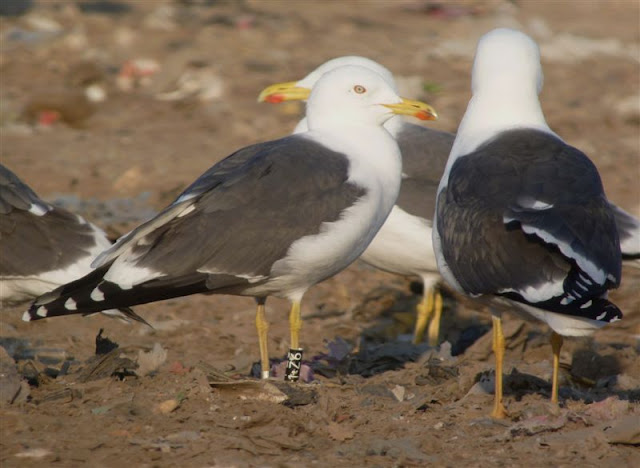 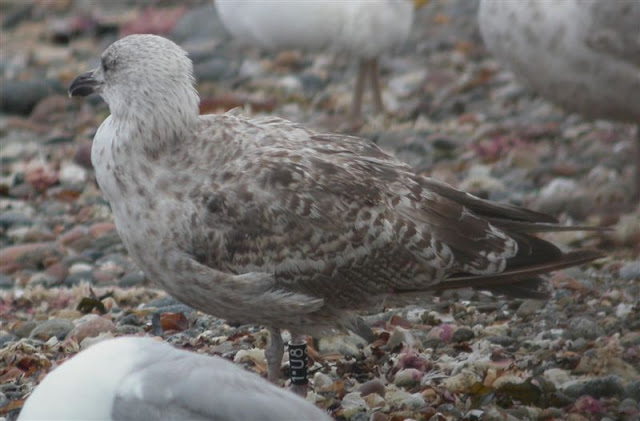