Mid way through March and I now have half of my colour ringed Lesser Black-backed Gulls back in Guernsey. Interestingly in 2010 (on a smaller sample) 50% of the LBBGs were back by 10 March (almost one week earlier). Perhaps this is not a surprise, given the long run of cold easterly winds that we have had recently.
A very pleasant surprise yesterday was the re-appearance of Great Black-backed Gull Orange GC9.T. This gull was ringed at Pitsea landfill, Essex, England by the North Thames Gull Group on 9th January 2010. It was seen from 17 -27 March 2010 at Chouet, Guernsey before heading north to be seen at Brennevinsmyra, Mandal, Vest-Agder, NORWAY at the end of April. It is amazing that this GBBG has re-appeared in Guernsey at the same time of year for the past two years. There is obviously a small passage of GBBGs at the moment, with several French colour ringed birds from both Seb Provost’s project based in the Chausey Islands, Manche and Gilles Le Guillou’s based at Le Havre, Seine-Maritime. Some of these birds have been seen in Guernsey several months earlier, while others have been seen for the first time.
Two foreign-ringed Herring Gulls were also observed on 12 March at Chouet Beach. Blue JVC was a typical sighting, having been ringed in winter (January 2010) at the landfills in Gloucestershire by the Severn Estuary Gull Group. However, Red YZB was much more unusual, being a 1st winter bird, which was ringed as a chick in July 2010 on Havergate Island, Orford, Suffolk by Mike Marsh. Mike’s project is a large one that has been running for many years, but this is the first Herring Gull from this project to be reported from the Channel Islands. 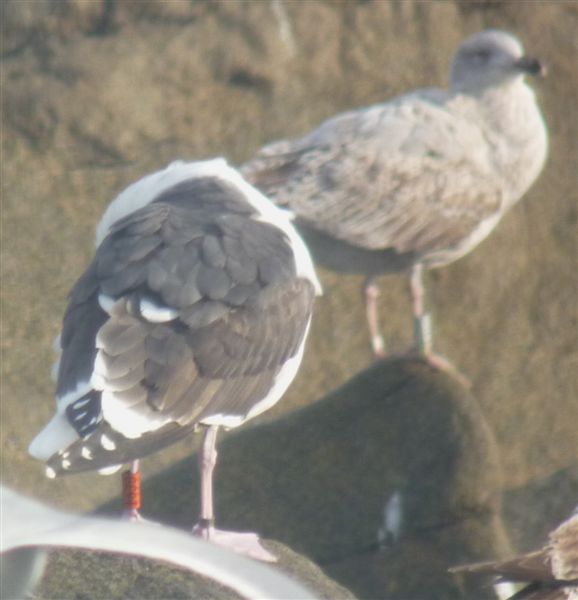 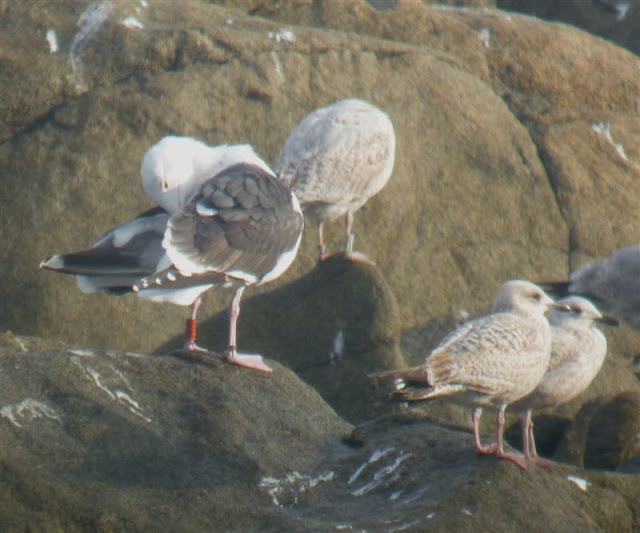 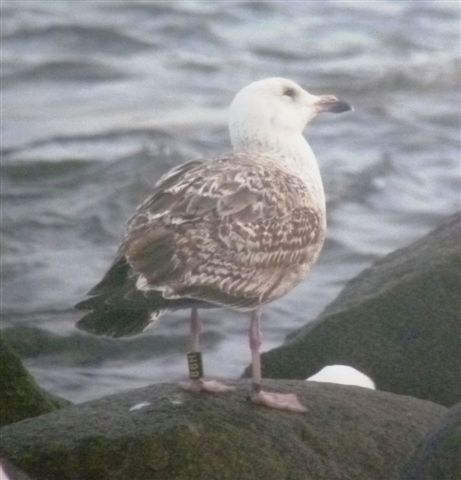 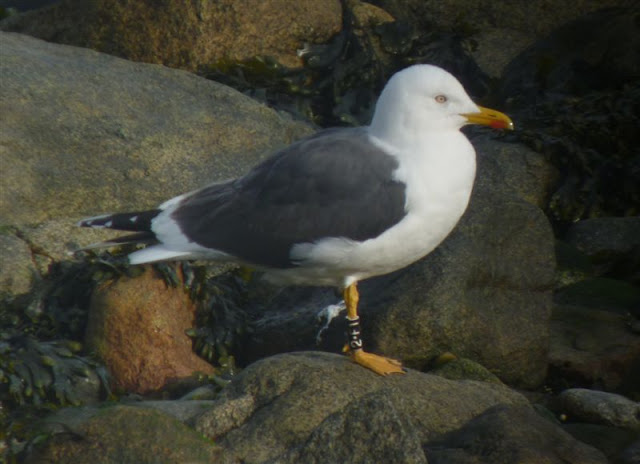 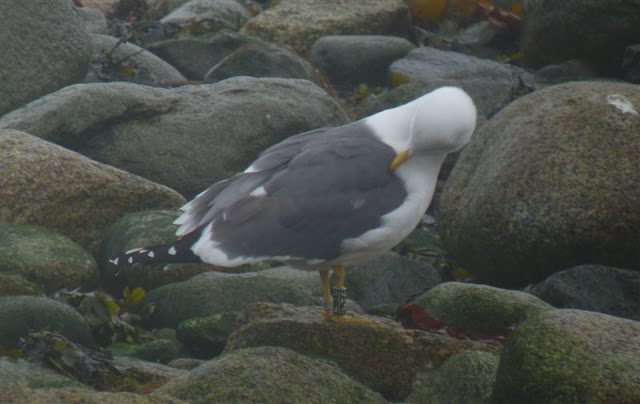 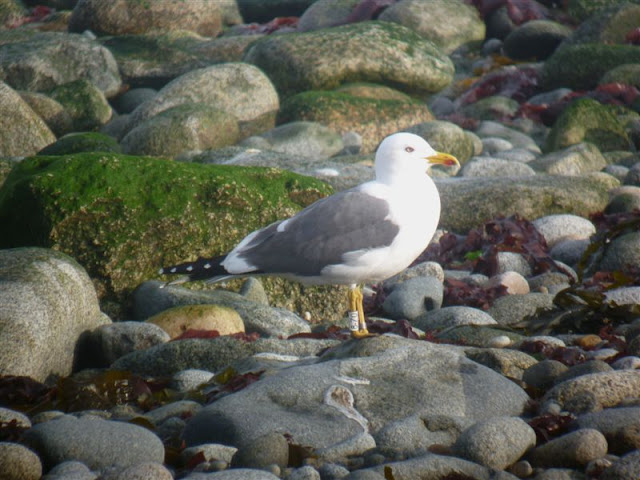