The undisputed highlight today was the return of LBBG White 6S7 - only the 2nd LBBG ever to be colour ringed by Catherine and me in our garden in May 2008. That isn't what makes it so special though. When I last saw this bird in 2009 (11 August) I thought it had a broken leg - but it turned up again in Guernsey on 10 April 2010 looking fine. I recorded it that year until 26 April, and it was then next reported on 24 July 2010 at Sidi Abed Alt Pans, El Jadida, MOROCCO by Alan Mathurin. It was back at Chouet today looking rather tired..and with a rather nasty limp again...but it has returned for another breeding season. 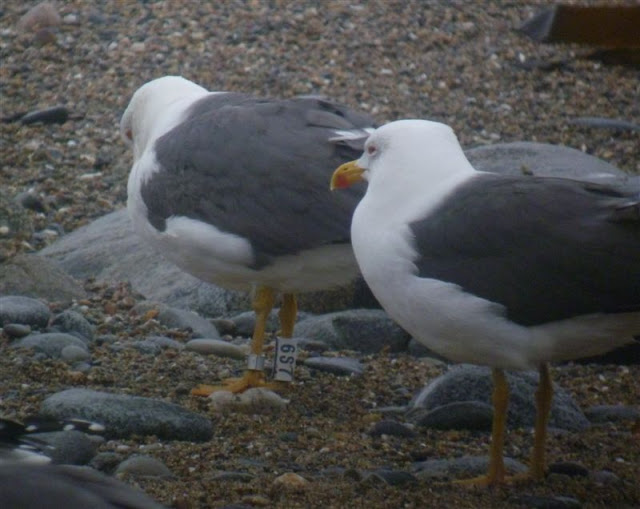 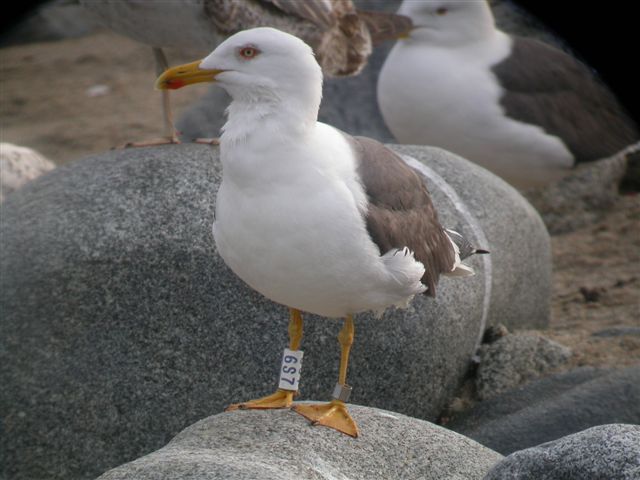 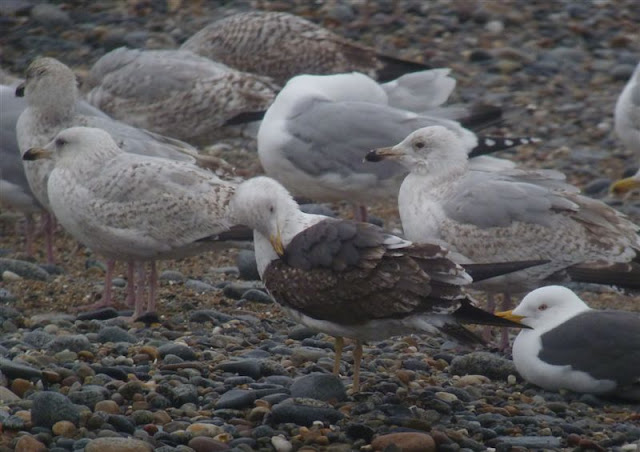