We have just received our very first report of a Lesser Black-backed Gull in Mauritania...well...OK...I had better come clean straight away...and confess that it is not actually a Guernsey nesting (and ringed) LBBG, but rather a Norwegian bird, which had previously been seen on spring migration through the Islands. For the moment this is the closest we have to any sightings in Mauritania, and there is only one report of any of the LBBGs seen in Guernsey further south - a 1st winter LBBG ringed as a chick on Burhou, Alderney in July 2010 and reported that winter from The Gambia.
The Norwegian LBBG (Black J3H4) was ringed as a chick on Hummerholmen, Vest-Agder, Norway on 11 July 2007 by Thomas Bentsen, and then seen at Chouet Beach, Guernsey on 25 April 2010. It was first reported from offshore, Mauritania on 11 November 2011 (4,618 km from its natal site in Norway) and then again on 05 December 2012 (4,823 km from Hummerholmen). 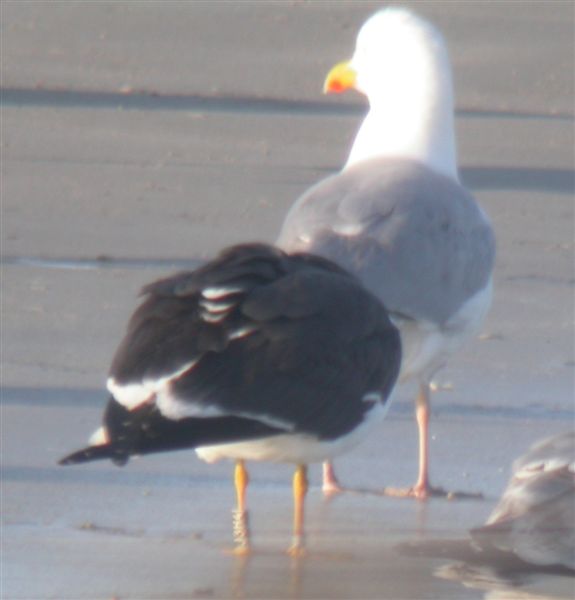 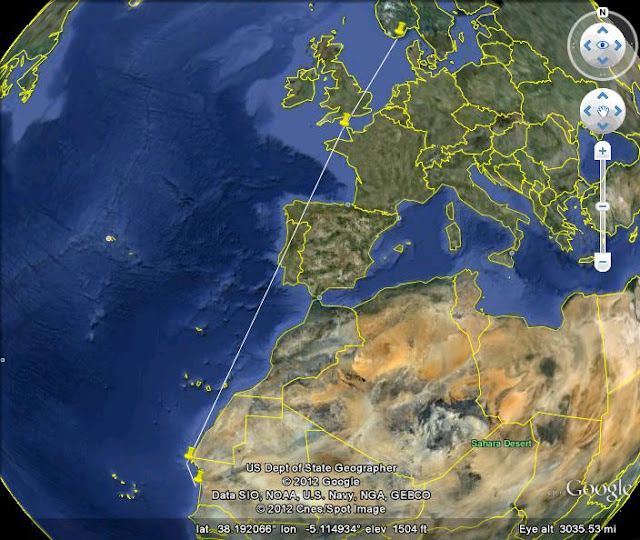