It's always an exciting time of year, and although part of me is sad to see our LBBGs drifting off on their southward migrations, it is thrilling to receive daily updates on their travels. The scale of the gull projects in Guernsey is now such that it is not at all unusual for a number of our gulls to be present at the same stop-over sites in France, Spain and Portugal. In the past few days reports have included c 20 LBBGs at Eirol Landfill, Portugal, c 20 over a period of several days at Torreira Beach, Portugal, eleven at Odiel, Huelva, Spain and half a dozen or so at landfills in central Spain. The early birds are also back with Salva Garcia in Malaga, Southern Spain. In addition we have reports from many observers at beaches on Portugal's west coast. In some cases the birds are attracted by Xavega - the traditional fishing where the catch is landed on the beach. José Tavares has reported good numbers of Guernsey-ringed LBBGs on Torreira Beach, Aveiro, Portugal. The photos below show why! 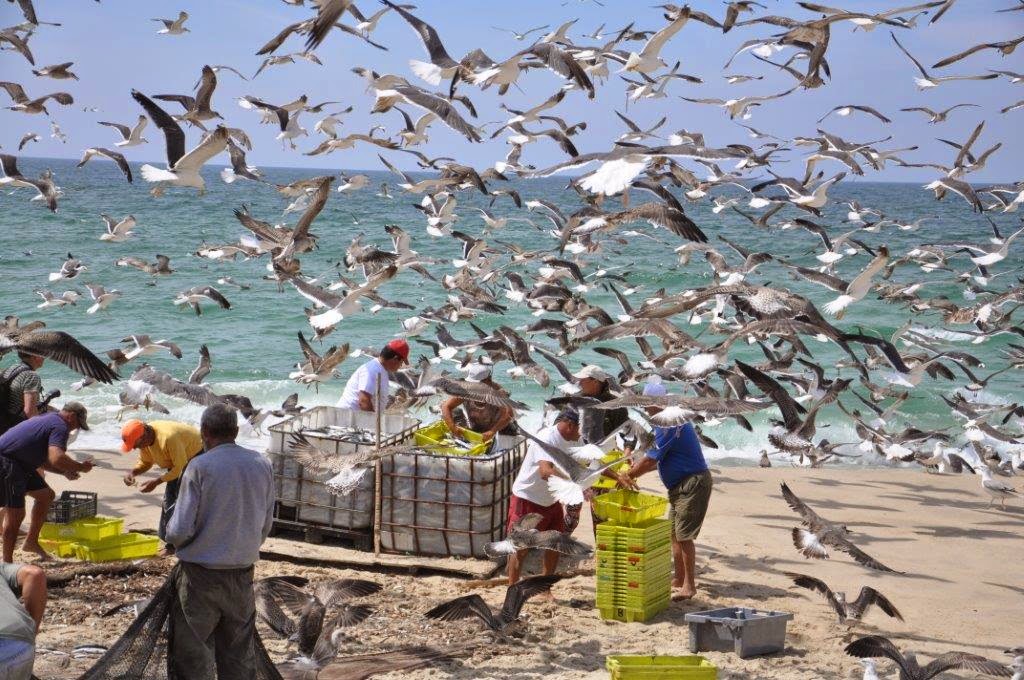 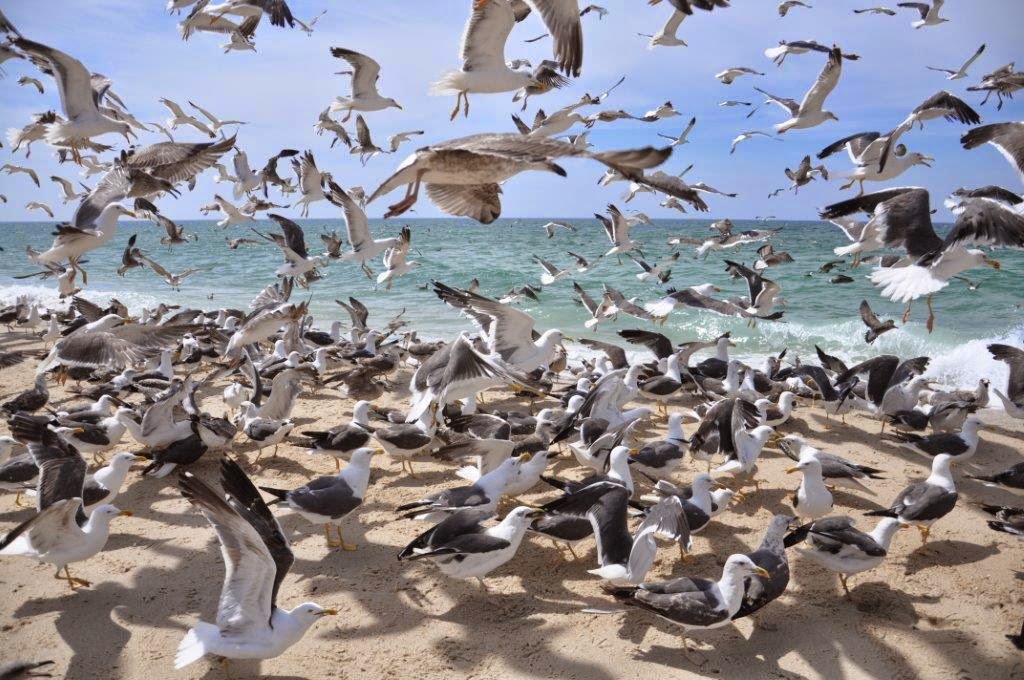