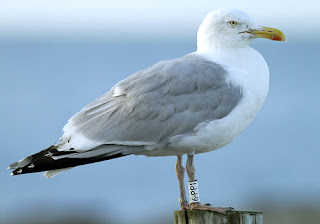 Herring Gull White 6.PP1 Portland Bill - Martin Cade
With 184 gull ring reads from yesterday, and a further 148 today (all with Eric Robbe), I am now running behind with the computer work - so another short blog entry today.

The first colour ringed juvenile gulls are now on the beaches - yesterday we recorded one Lesser Black-backed Gull juvenile from one of the Sark colonies, as well as two Herring Gulls from Jethou. Today we had the first juvenile cr Great Black-backed Gull. Hopefully over the next few weeks I will record many more! 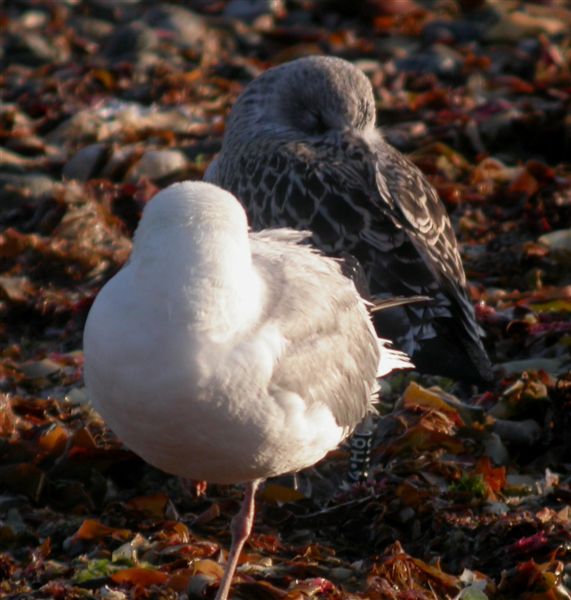 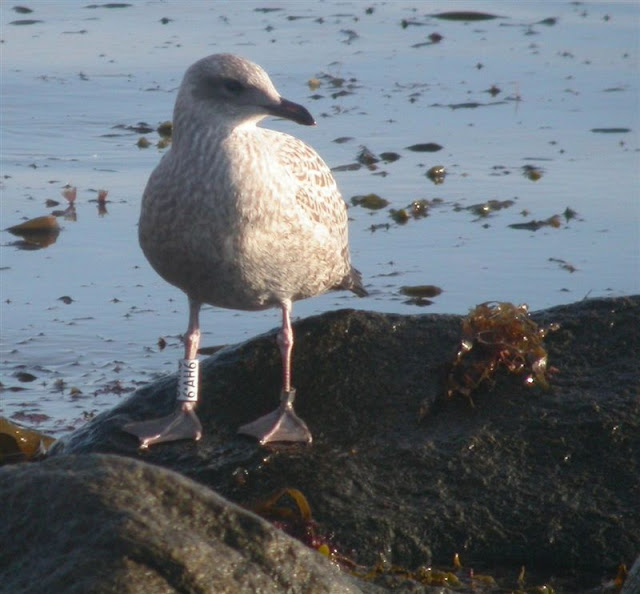